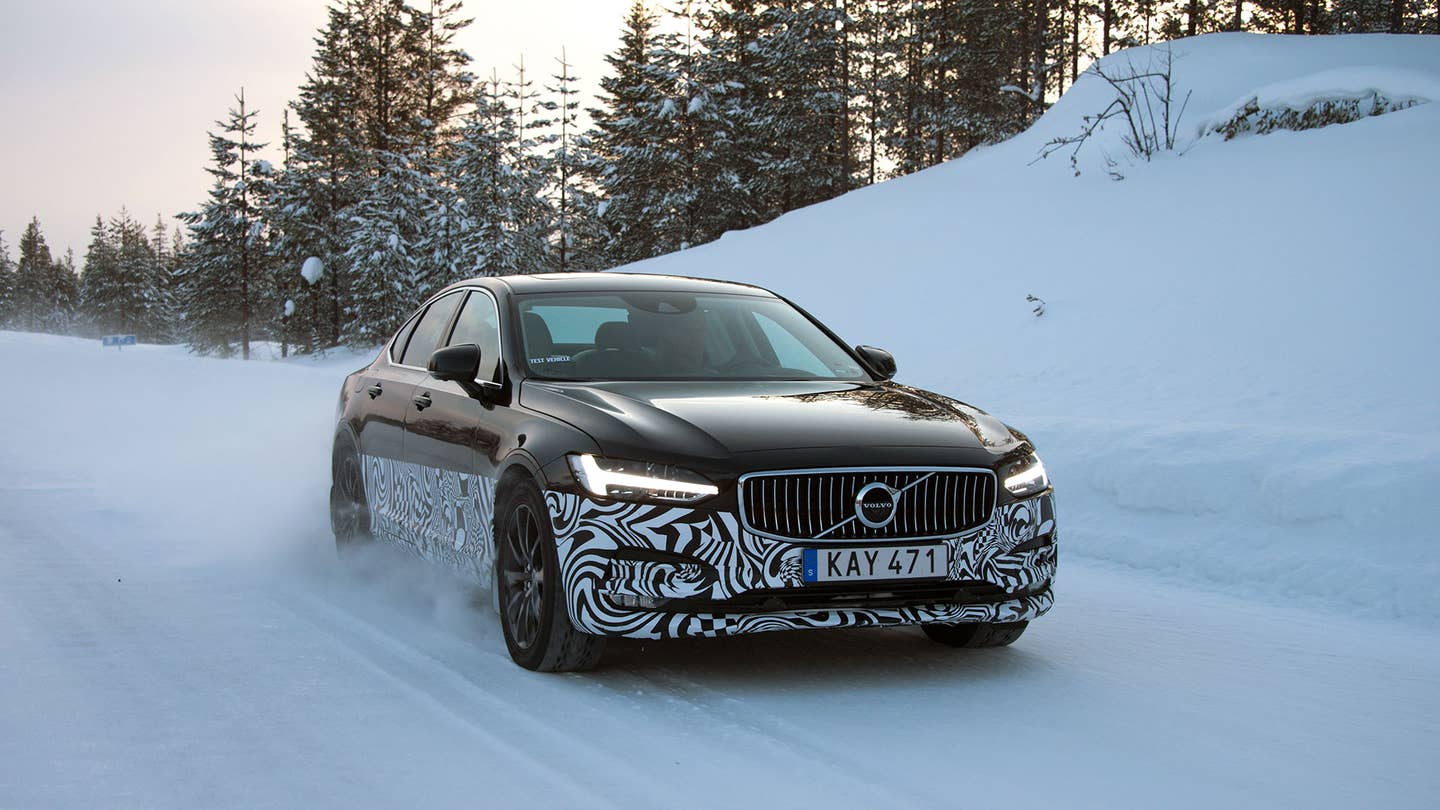 Cars are not created by companies, they're created by people. An automobile is the product of ideas and decisions, of culture. And for a long time the culture at Volvo was, well, toxic.

“We were falling behind, not selling cars,” one exec told me, recalling the manufacturer's decade under Ford ownership. He then made a face like someone knocked his ice cream cone to the ground. “We would hang our heads.”

That all changed in 2010 when Chinese company Zhejiang Geely took the reins. Where Ford saw a kitschy receptacle for Focus engines, the new ownership went mining for institutional knowledge. To hear the Swedes tell it, Geely’s founder and chairman, Li Shufu, basically wrote Volvo’s engineering and design teams a massive check, told them to build a new lineup from scratch, then appointed himself to the board of directors to watch how it was done. Which is a seriously smart and totally baller move.

The result is the new Scalable Product Architecture, a modular platform that apes Volkswagen’s MQB chassis. Of its four main sections, just one—that from the dashboard to the front axle—is fixed. The first SPA-based vehicle, the XC90 sport utility, turned up last year. The Volvo S90, an all-new sedan flagship, is next.

Three models are planned and each uses a variation of Volvo’s direct-injected, 2-liter inline-four. The base T5 is a turbocharged front-driver that utilizes a slightly higher compression ratio for 250 horsepower and 258 pound-feet. The all-wheel drive T6 is twin-charged—that is, turbo- and supercharged—bringing output to 316 hp and 295 lb-ft. The boss-level T8 adds plug-in hybrid tech and with it another 87 hp and 65 lb-ft. via 9.2kWh lithium-ion battery and 67-kW rear electric motor. An eight-speed automatic gearbox is standard across the board.

Before the S90 goes on sale this August, Volvo invited us to drive a pre-production model at its Arctic Circle proving ground. There were caveats—we could only see a half-camouflaged body, for one, and we weren’t allowed to disclose exactly where said proving ground is located. Just know there is lots of barbed-wire fencing, and the climate is conducive to frostbite; when I asked a local what the area’s farmers grow, he replied: “Grass, sometimes.” Background checks are required and cell phones are confiscated upon arrival. It’s almost like the facility is a matter of national security. Take that as you will.

The upside of a cloak-and-dagger operation is there's plenty of privacy. An empty, eight-mile snow and ice course incorporating all variety of bends, plus two 4,200-foot-long runway straights. Reindeer meandering among thick conifers. Snow banks laced with a blue-and-sherbet sunrise. The car was almost as pretty as the scene—or maybe I have that backwards? (It's an extremely pretty car.)

In the S90, Volvo’s new design motifs really take off. The broad, square, concave nose, a striking lack of front overhang; Thor’s Hammer headlights and boomerang tails. Proportions are decidedly rear-drive. It’s a full three inches longer than the Mercedes E-Class and an inch wider than an Audi A6. That pays dividends inside, where Volvo’s four-door handily trumps BMW’s 5-Series in terms of roominess.

Ditto a clean aesthetic. The interior is gorgeous, a minimalist smattering of brushed metal and light wood. The big vertical touchscreen apes a tablet in form and function, a mercifully simplistic thing. There’s conspicuous lack of buttons throughout, making for an airy, uncluttered space. “In the German cars, you must have a PhD to operate the cockpit,” says Peter Mertens, Senior Vice President of R&D. “This is where we have our advantage.” He’s right.

Our S90 mule was a T6 model on base 18-inch wheels and special 245-section studded Nokian Hakkapeliitta tires. It also came with the optional air suspension. That replaces the composite leaf-spring rear but retains the standard double-wishbone front. On the test track the car was composed, cool and quiet despite being able to feel the front suspension working over the compacted snow and ice. Over 70 percent of components from the XC90 carry over, and that includes the super-thin-backed orthopedic seats, which are fantastic. Here, seating position translates nicely from ute to sedan.

The engine’s impressive, too. Acceleration is swift and slick, pushing the S90 T6 to 62 mph in 5.9 seconds. Peak power arrives at 5,700 rpm, peak torque at 2,200 and holding flat until 5,400 revs. There’s plenty happening behind the scenes to make that possible. The supplementary supercharger, a belt-driven Roots-type blower, gets things going down low; as the tach climbs, induction duties are differed to the turbocharger. The mechanical voodoo makes for a near-absence of lag. (Note: The Euro-only diesel S90 also introduces an ancillary, electric compressor system that siphons air from the intake then stores it in a tank; at full throttle a valve opens and pushes pressurized air into the turbo to spin it up, a sort of “pre-spool” mechanism. It's a neat idea.) It may not have the outright grunt of a healthy six-cylinder, but this four is an exceptional workaround. It’s clear where Geely’s R&D cash injection has gone.

It's also clear where money wasn't spent. The S90’s body is made mostly from high-strength steel—fine for safety and rigidity but a substantial weight penalty. Volvo engineers estimate the front-drive T5 will ring in at 3,950 pounds, the all-wheel T6 a beefy 4,700. Expect the hybrid T8 to weigh more than 5,200 lbs.

I’m not sure that matters. Cheap gas should buy Volvo some time to catch up with lightweight tech. (Combined fuel economy for T6 is estimated at 26 mpg, on par with the 528i xDrive.) In the meantime, the S90 is a breath of fresh air. It can be a dark horse in this segment not because it’s better or worse, but because it’s different. Simpler. More clever. Less intimidating. More imaginative. It’s exactly what the Germans won't build and the Japanese can’t replicate, which makes it exactly what the Swedes should be creating. The culture at Volvo is fixed. The cars, thankfully, can now follow suit.