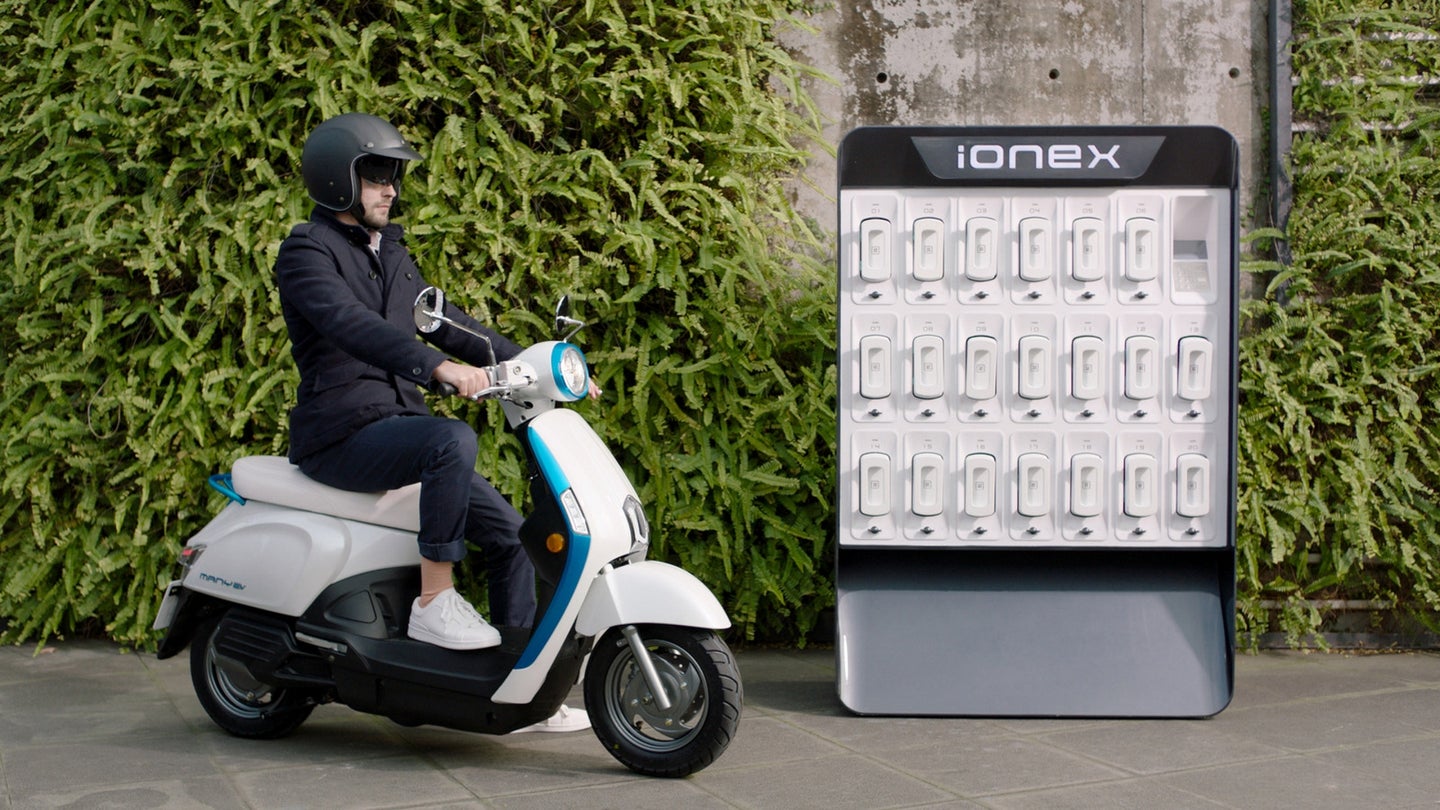 Kymco is a Taiwanese brand that has made a name for itself with cheap, efficient scooters. What started off as a bit of an off-brand is becoming an innovator in the industry, especially with the freshly unveiled Ionex electric scooter.

This isn’t the first-ever electric scooter, but the Kymco Ionex is quite innovative because of its battery setup. The Ionex can use multiple different batteries. It has an internal core battery and up to two extra removable batteries which weigh less than 11 pounds each that plug into the floor of the scooter.

Kymco has come up with what it calls a public charge locker as part of its Charge Point Network and it’s planning on putting these things all over the place. You can ride your Ionex up to the battery locker, put your removable battery in there to charge, go about your business running on the scooter’s internal battery, and come back for your removable battery that’s been charging while you were out. In theory, you’ll never have to wait around while your scooter is plugged in while you’re out, although that will still be an option. A full charge takes less than an hour.

Kymco says the maximum range of the Ionex is 124 miles, but there’s a bit of a catch. The under-seat storage has room for up to three spare batteries, which you’ll be able to rent from Kymco. If you have three fully charged batteries onboard plus a fully charged internal battery and two fully charged removable batteries plugged in, then you get that excellent range.

So, where will these revolutionary public charging networks be? "In the next 3 years, Kymco plans to launch 10 electric models, establish charge networks in 20 countries, and sell over half a million electric vehicles worldwide," said Allen Ko, chairman of Kymco in a press release. "With Kymco Ionex, together we start an open movement that celebrates one of the most important social missions of our time."

Kymco hasn’t released any performance specs about the Ionex yet, but we can expect it to be pretty average for a scooter. The cute retro look makes it a Vespa knockoff in the vein of the Honda Metropolitan, but it’s a decidedly futuristic little scooter. It’s safe to assume the Ionex and the accompanying public charging network will begin in Taiwan and China and spread to other markets where scooters are popular. Hopefully, the U.S. will be one of those places.