Car Dent Repair: How To Fix Car Dents for Cheap 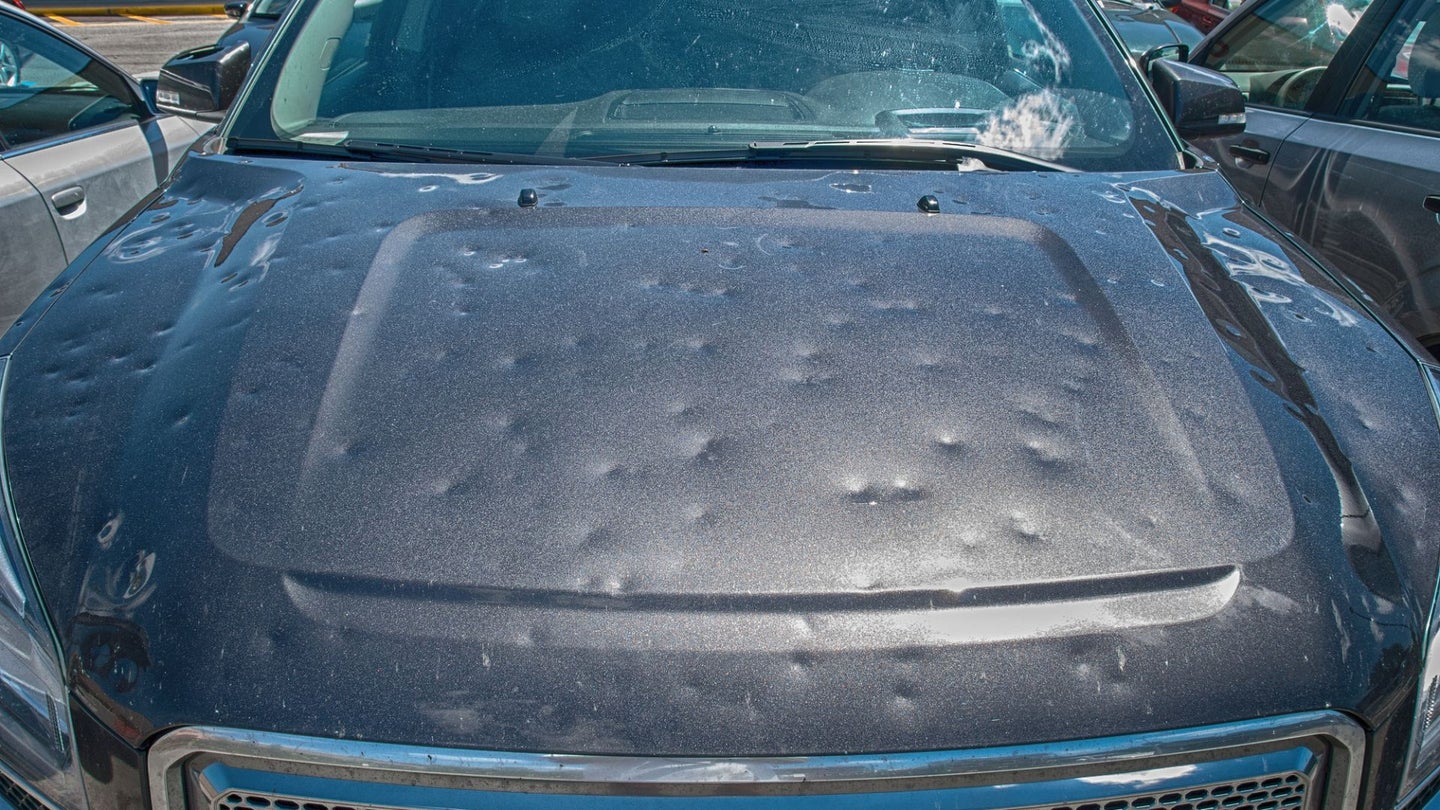 Like reading spoilers on Twitter or scuffing up a new pair of shoes, dents are inevitable. Whether caused by an accident, an errant shopping cart, a sliced golf ball, or a fallen tree limb, dents can occur anywhere and quickly make your pristine ride look like yesterday’s garbage. Pulling them out, or repairing them, is something that almost anyone can do at home, so long as your car doesn’t resemble a “V” with your engine and trunk almost kissing each other.

So for all you readers out there with dent, bent, and dinged cars yearning to be fixed, follow along as The Drive’s crack team of editors details exactly how to fix your car’s dents without incinerating bags of cash.

We’ve all been there. You head into the grocery store, grab your peanut butter pretzels, head back to your car, and, oof, there’s a nice dent in your bumper and maybe a broken light housing. Some mouth-breather was too lazy to walk 13 feet, so his free-roaming cart gathered speed with the ferocity of a mating bighorn sheep and rammed your ride But car dents can happen elsewhere, too. Here are just a few of the possible reasons behind why your car now looks like the surface of a golf ball.

Working on your car can be dangerous and messy, so here’s exactly what you’ll need to ensure you don’t die, get maimed, or lose a finger and that you keep your jeans, shirt, and skin spotless—hopefully.

Everything You’ll Need To Repair a Car Dent

Organizing your tools and gear so everything is easily reachable will save precious minutes waiting for your handy-dandy child or four-legged helper to bring you the sandpaper or blowtorch. (You won't need a blowtorch for this job. No, do not substitute the heat gun for a blow torch. And please don’t have your kid hand you a blowtorch—Ed.)

You’ll also need a flat workspace, such as a garage floor, driveway, or street parking. Check your local laws to make sure you’re not violating any codes when using the street because we aren’t getting your ride out of the clink.

Here’s How To Repair a Car Dent

Touching Up Your Car’s Paint

After you’ve fixed the dent, you may need to touch up your car’s paint. Here’s how to do that.

Get Help To Repair Car Dents From a Mechanic On JustAnswer

We asked Guides & Gear's very own Tony Markovich to provide his unique experience wrenching on his Opel to give us his best advice on how to remove a dent on any and all 1970 Opel GTs. Take it away, Tony.

Over the years, The Drive’s editors have made friends with professionals across the industry. That’s why we asked our pal Bozi Tatarevic, who’s owned automotive repair shops and a salvage vehicle rebuilding business, to give us pro tips for dent removal.

Q: How Much Does It Cost To Repair Car Dent?

A: Your average cost of fixing a small to medium dent will be between $30-$100. Larger dents, multi-faceted dents, and more extensive dents across a car’s exterior will increase the price.

Q: How Often Do You Need To Repair Car Dent?

A: Well, you might want to consider it whenever you get a dent, especially if the dent is in metal, which can rust away.

Q: Is It Worth Fixing a Dent?

A: Yes! Fixing a dent can save you thousands of dollars later on if they’re in metal. Fixing dents also helps keep your drag coefficient down, which saves you money in fuel costs.

Q: Can All Dents Be Fixed?

A: It can! If you have a small concave dent in your plastic body panels, hot water can shock the plastic and pop the dent out like magic! Sometimes, though, you may need to help it along with either a dent puller or other form of suction mount.

Have a toothbrush at the ready, and no, we’re not kidding.

Fix minor dings and dents on your car with a convenient dent repair kit.

How to Remove Rust From Your Car

Blast ugly and invasive surface corrosion before it eats your car alive.

Protect your hands from scrapes and chemicals with our picks for best mechanic gloves.

These products are top-notch at performing minor paint corrections.