One California-based design firm and WrapZone can endow your ride with a worn-out racing livery it didn't earn. 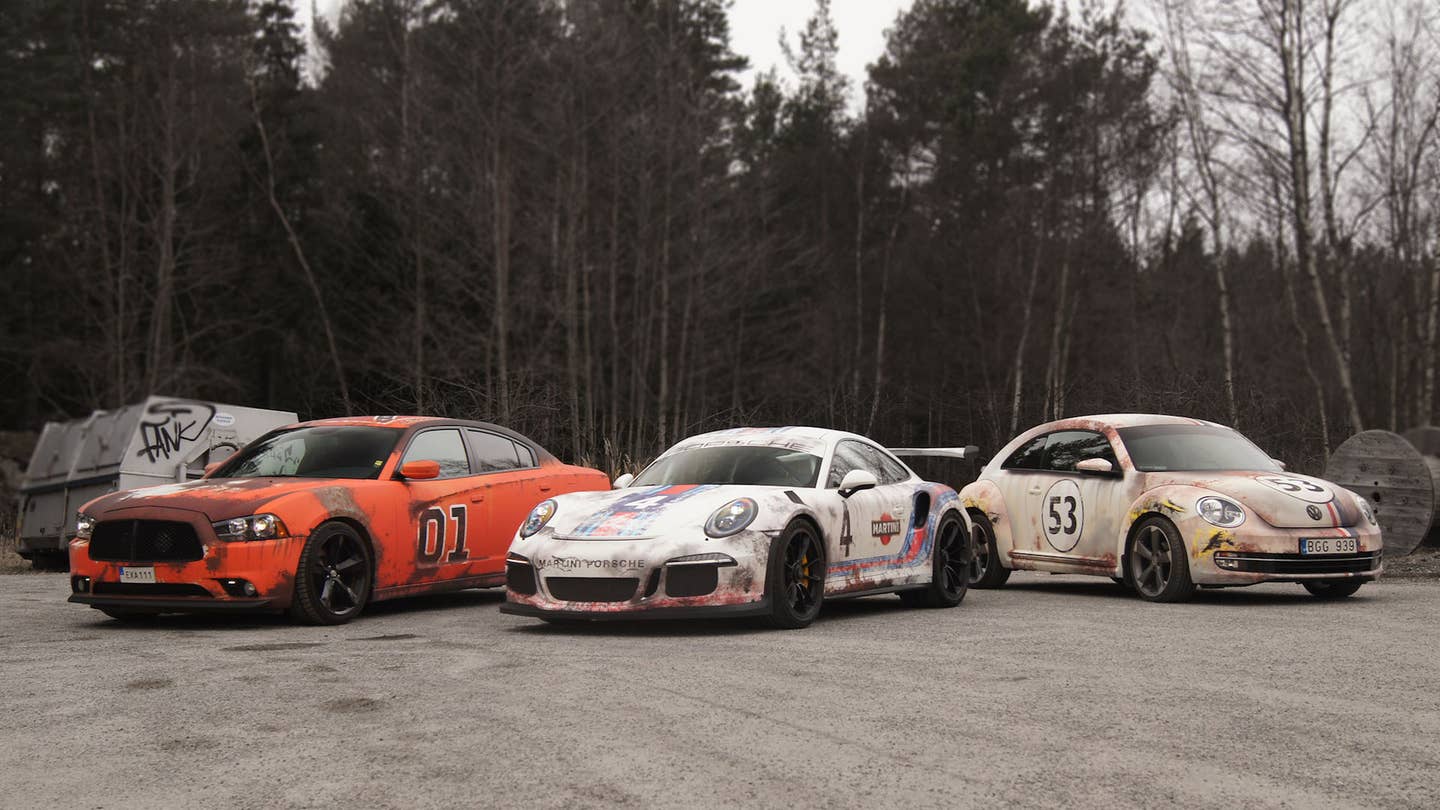 Somewhere in Europe, there sits an old, grimy racecar, unwashed since June 17, 2007, the day it won Le Mans. It's an Aston Martin, No. 009, a DBR9 whose iconic Gulf Livery still sports a grey sheen of French dirt, a fine mist of brake dust, and even a couple of gallic flies on the fender. Over filthy wheels and worn tires, it looks needlessly, helplessly, heinously cool. But not every—barely any—car can win Le Mans. How can you snag your ride some of that race-worn swagger without the qualifying lap? Luckily, for those seeking what natural events have not brought, there is a man in southern California.

Skepple is a Los Angeles artist who, in collaboration with Stockholm-centered company WrapZone, has manufactured a vinyl wrap that makes a Porsche 911 GT3 look like a race-weary competitor, complete with scraped-up Martini livery.

The cynical take: Really, rich folk? Having reached the limits of traditional, luxury-oriented customization—chrome-dipping, gold-plating, supercharger-bolting, leather-lining—the exotic car-buying class has moved towards "slumming it." Albeit it, in a very gentleman-racer way. The reason that dingy Aston is so cool is because it earned its scars and scuffs through 24 hours of wheel-to-wheel racing. It went to battle, and won. Yes, it's the definition of posing. And we'd rally under a cry of "Patina is fought for, not bought!" except that the GT3 looks so damn cool. For now, at least, the effort's limited to the Porsche, plus a Volkswagen Beetle and Dodge Charger. With enough money, though, you too could convince Skepple to tastefully tarnish your sparkling ride. (Or, you know, get a racing license...)