This is how a billionaire's car door opens.

Refrigerators. That’s what Iso was making before it broke into the fledgling microcar market during the Fifties. But the company’s debut vehicle, the Isetta, made a lasting impression. Seven feet long, four feet wide and powered by a chain-driven 236 cc motorcycle engine, this little bugger was as weird as weird got. The front-hinged pod door? That’s just a portal down the rabbit hole.

Italian design extraordinaire Marcello Gandini first used scissor doors on the Carabo, a Bertone concept car for the 1968 Paris motor show. Six years later, his horizontal-hinge design finally made it onto a road-going model. The Countach stayed in production until 1990, undergoing numerous updates and reincarnations. But those glorious karate-chop doors never disappeared.

Jean Bugatti’s Type 64 papillon doors laid the groundwork, but Mercedes-Benz perfected the gullwing design. The 300SL was an aesthetic revelation, and all in the name of function. High sills and an oddball alloy tubeframe layout meant horizontal-plane doors wouldn’t work, so Benz went vertical. The look has been copied endlessly, but never with the grace of the original.

The post-war rush to build an American sports car begat both the Ford Thunderbird and Chevy Corvette. Also, the Kaiser Darrin. Less than 500 examples were made, but the rear-drive, fiberglass-bodied coupe has become a cult classic. Its most notable quirk—and there are several—are side doors that slide on a horizontal track, tucking neatly inside the front fenders.RM Auctions 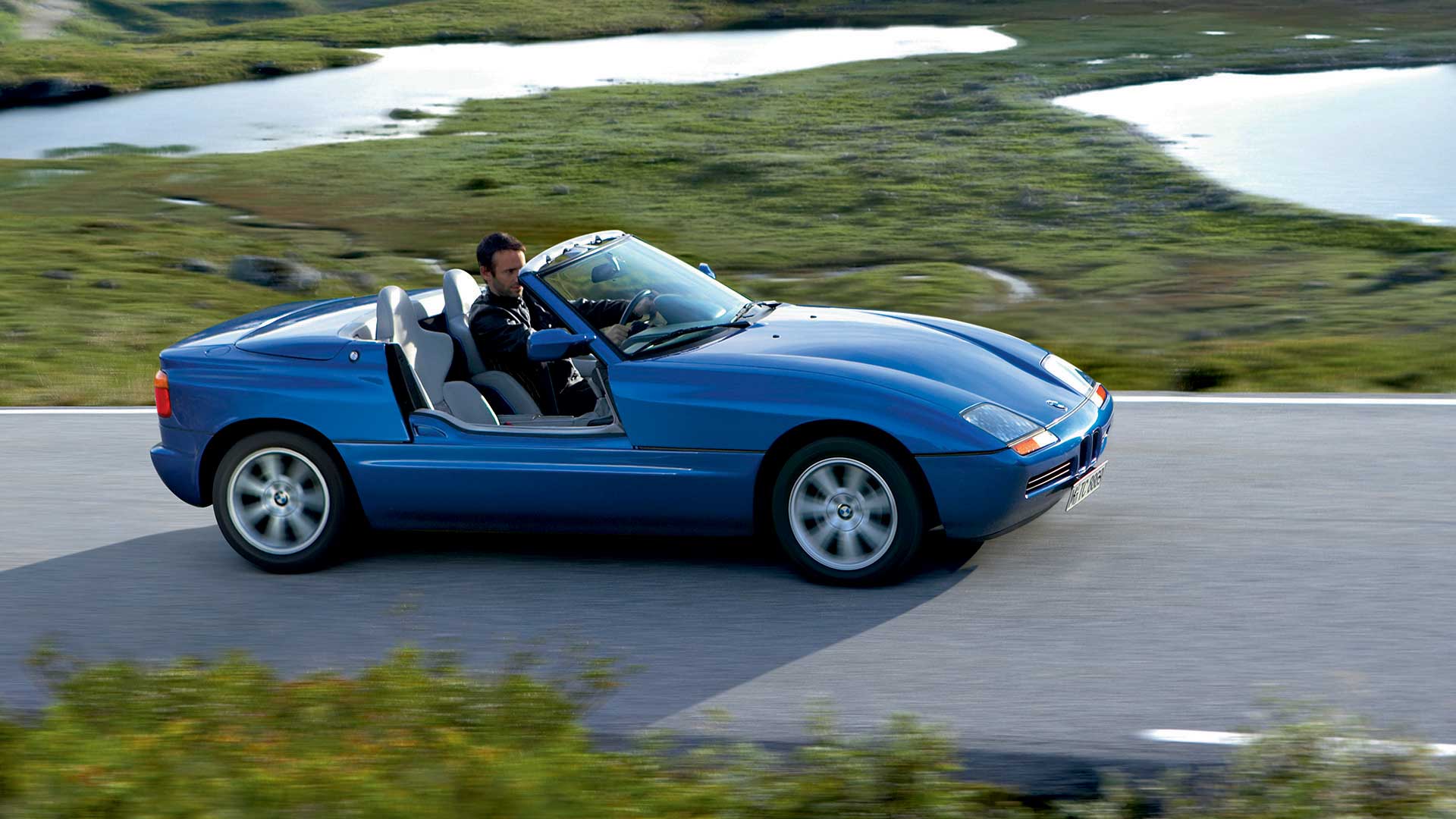 Underpowered and expensive, the oddball Z1 never hit home with BMW’s enthusiast demographic. As a design statement, though, the two-seater found its niche. For party tricks, you could do worse than the Z1’s electro-hydraulic drop-down doors.

The Continental was far from the first car with suicide doors—hell, it wasn’t even the first Lincoln to use them. (That’d be the Zephyr V-12 sedan, for inquiring minds.) But the fourth-generation droptop did it bigger, and better, than ever before. Simple. Elegant. Stylish. Cool incarnate.Bryan Steffy/Getty Images

Fiat’s Multipla was a compact MPV before compact MPVs were a thing. The little six-passenger hauler employs a mix-and-match setup: conventional doors at the rear, reverse-hinge suicides up front. The latter are shaped like a kidney pool, silhouetted around the wheel wheels. A Dodge Journey, this is not.Bob D'Olivo/Getty Images 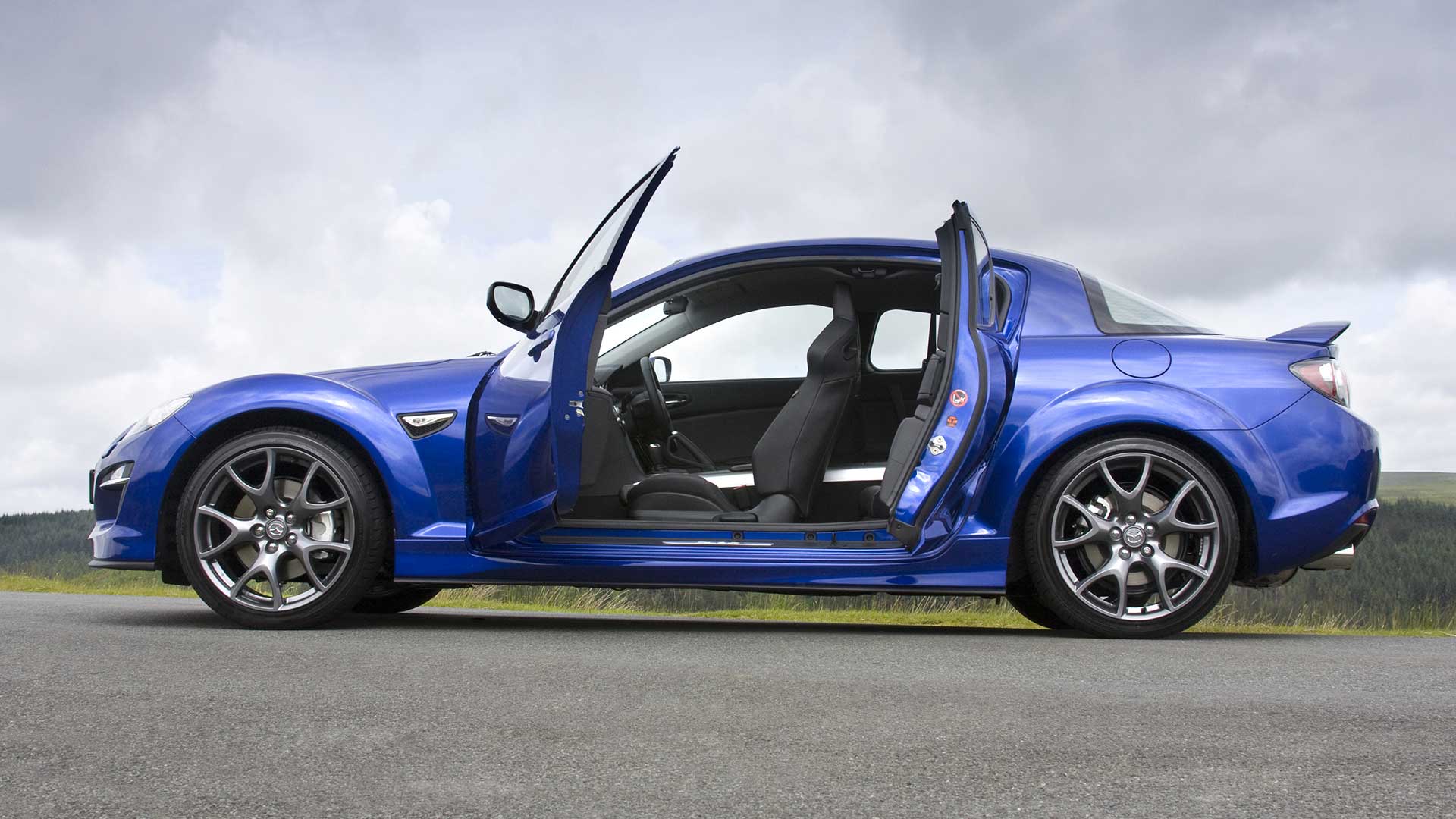 Somewhere between the Multipla and Continental, there’s the RX-8. Like a non-crewcab four-door truck, Mazda subtly tucked in a set of reverse-hinge bonus doors out back. Almost enough to make a rotary-powered sports car look practical. Almost.

They come off. You can drive it without doors, guys. Really, what else do you need to know? 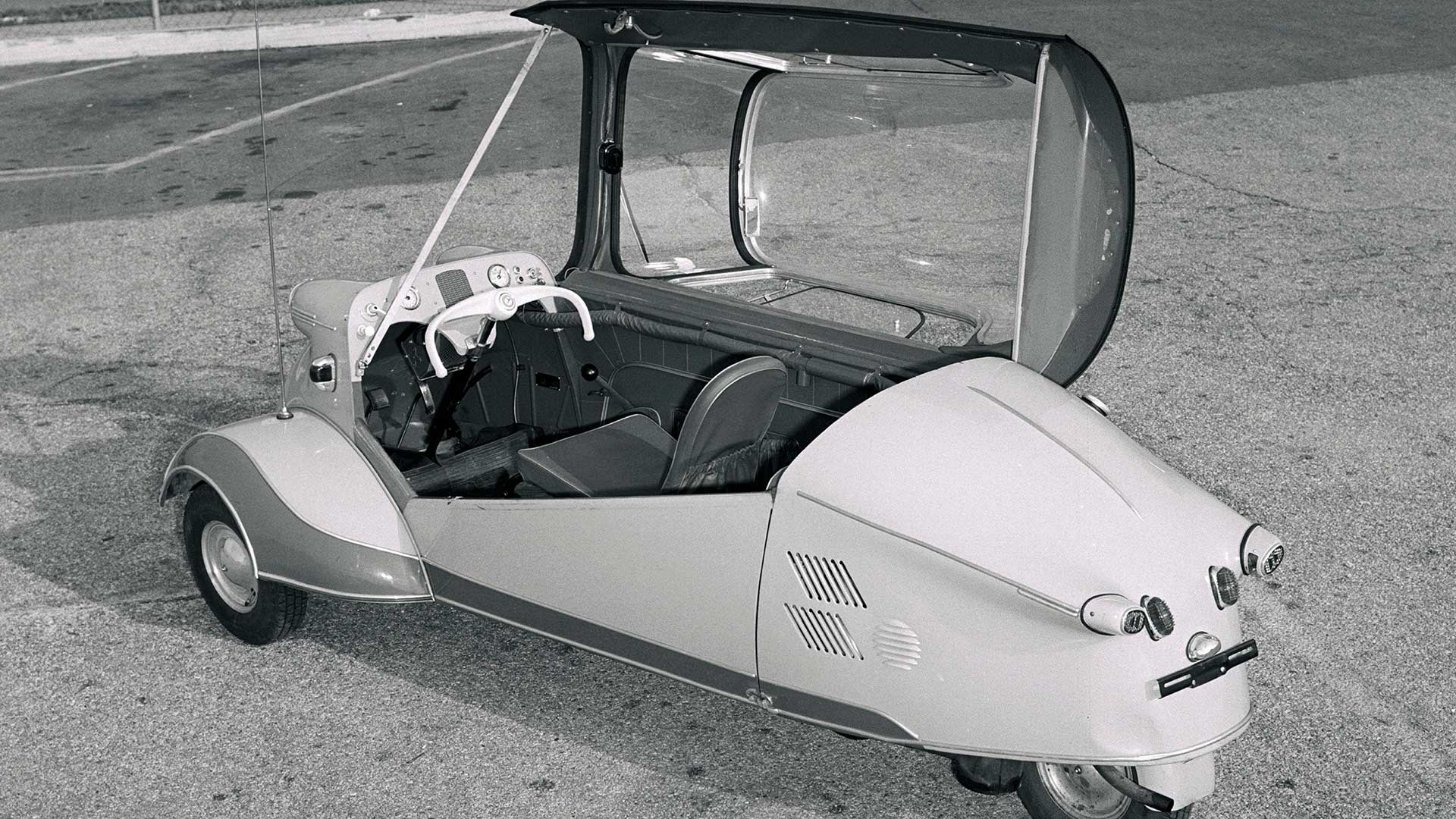 The “KR” stands for Kabinenroller, which translates literally as “scooter with a cabin.” Which is pretty much spot-on. The thing weighs 490 pounds, has inline tandem seating and uses a pull rope to start its two-stroke engine. Oh, and the only point of entry is a Plexiglass dome. Whether it’s more like a fighter-jet canopy or a coffin lid is debatable. Cool either way.Bob D'Olivo/Getty Images

Meet the godfather of supercar door design. The Stradale, a road-going version of the Tipo 33 racing car, wore doors that opened on diagonal hinges, a sort of middle ground between gullwing and conventional styles. And thus, Alfa introduced the world’s first production car with butterfly doors.

Like the Mercedes 300SL, the GT40’s low roof and high sills demanded a creative solution for cockpit access. Doubly so for Ford, as the running starts at Le Mans and Sebring made ease of ingress a competitive advantage. The solution: an L-shape clamshell door, complete with breakaway roof panel. Effective? Not to suggest Ford’s podium sweep that year at Le Mans was due to a door, but…Ford

Butterfly doors are striking; frameless butterfly doors are the absolute business. Using a single-hinge design, McLaren’s signature dihedral wings were the first of their kind. And, because of the floating glass, the 12C Spider convertible was able to retain the coupe’s upward-opening mechanism.
MORE TO READ