A Spanish custom Ducati will stop you in your tracks. 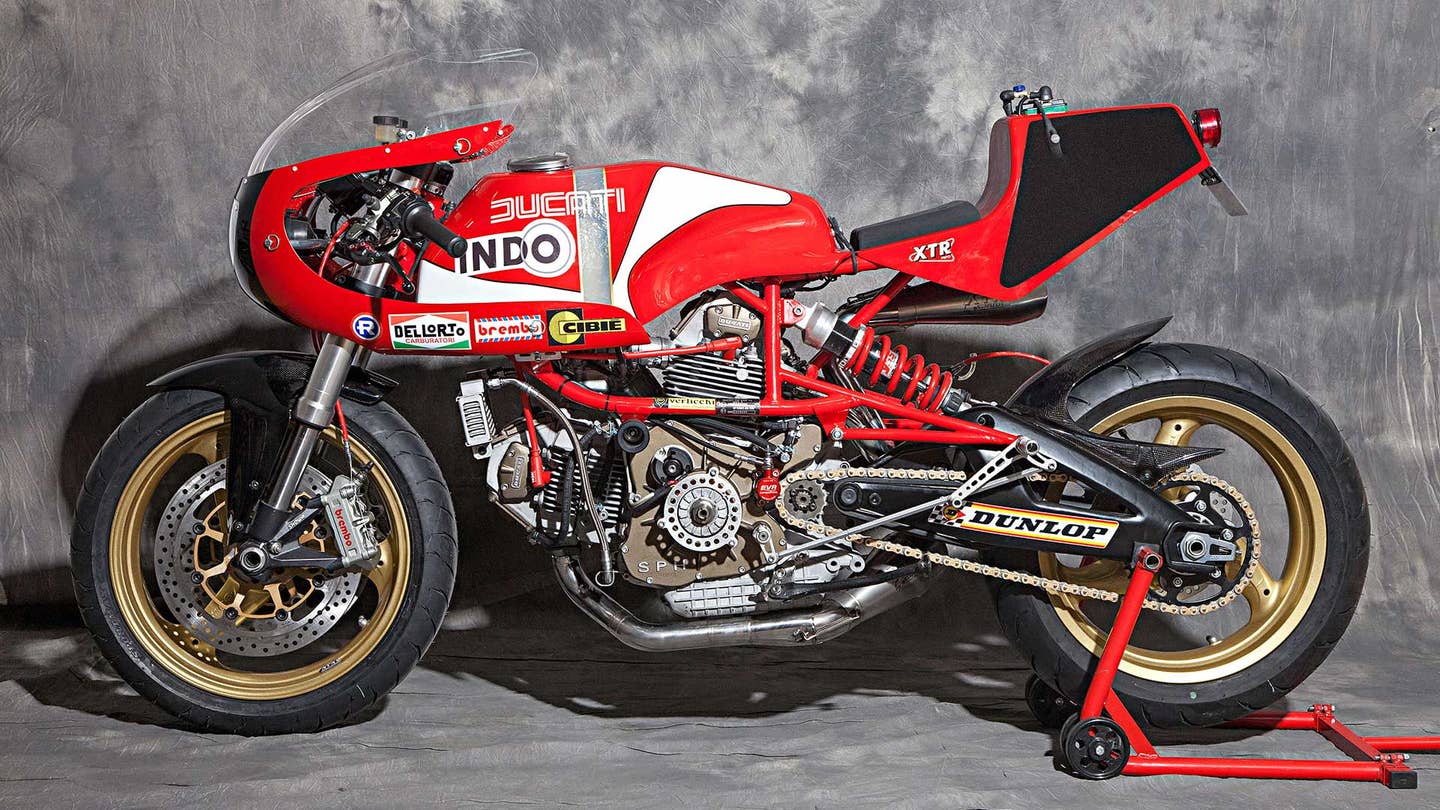 Sometimes a photo stops you dead in your tracks. Here’s one of ‘em. It’s of the XTR Pepo Bol d’Or, a rowdy Ducati Pantah custom with endurance racing references galore. See those two big headlamps? The big fairing? The boxy tail section? All design queues that date back to the heyday of the hard-assed 24-hour French motorcycle race, the Bol d’Or.

The French, you see, do not screw around with their endurance racing. In addition to the Le Mans 24-hour auto and motorcycle races, the French contest the 24-hour Bol d’Or at the Paul Ricard circuit, a 12-hour at Magny-Cours and another 6-hour in French-speaking Belgium at Spa. It’s a packed calendar, but in the Seventies and Eighties, all of French-speaking Europe was racing bikes into the night, and the Bol d’Or was king.

In order to race in the dark, bikes were fitted with giant removable headlamps and bulbous fairings to keep riders out of the cold night air. What looked awesome in the Seventies looks just as brilliant today, draped by savant bike builder Pepo Rosell over a once-ungainly 600cc Ducati Pantah. But Pepo didn’t stop with handsome bodywork and dual headlights. The mad Spaniard grafted in a rorty Ducati 900 SS engine with ported heads and increased compression, fed by fat Dell’Orto carbs. He swapped out the spindly Pantah front end for a sturdy set of legs off of a S4RS. And then, for the rear, Rosell went off the deep end and adapted the rear swingarm off a Monster 696 to mate with the donor Pantah frame and a YSS shock.

It’s an extraordinary combination of work and craftsmanship, but the XTR Pepo Bol d’Or is clearly an act of love; an homage to the aesthetic of the grittiest and most dangerous racing to grace the modern era. And the result? Well, the result speaks for itself.