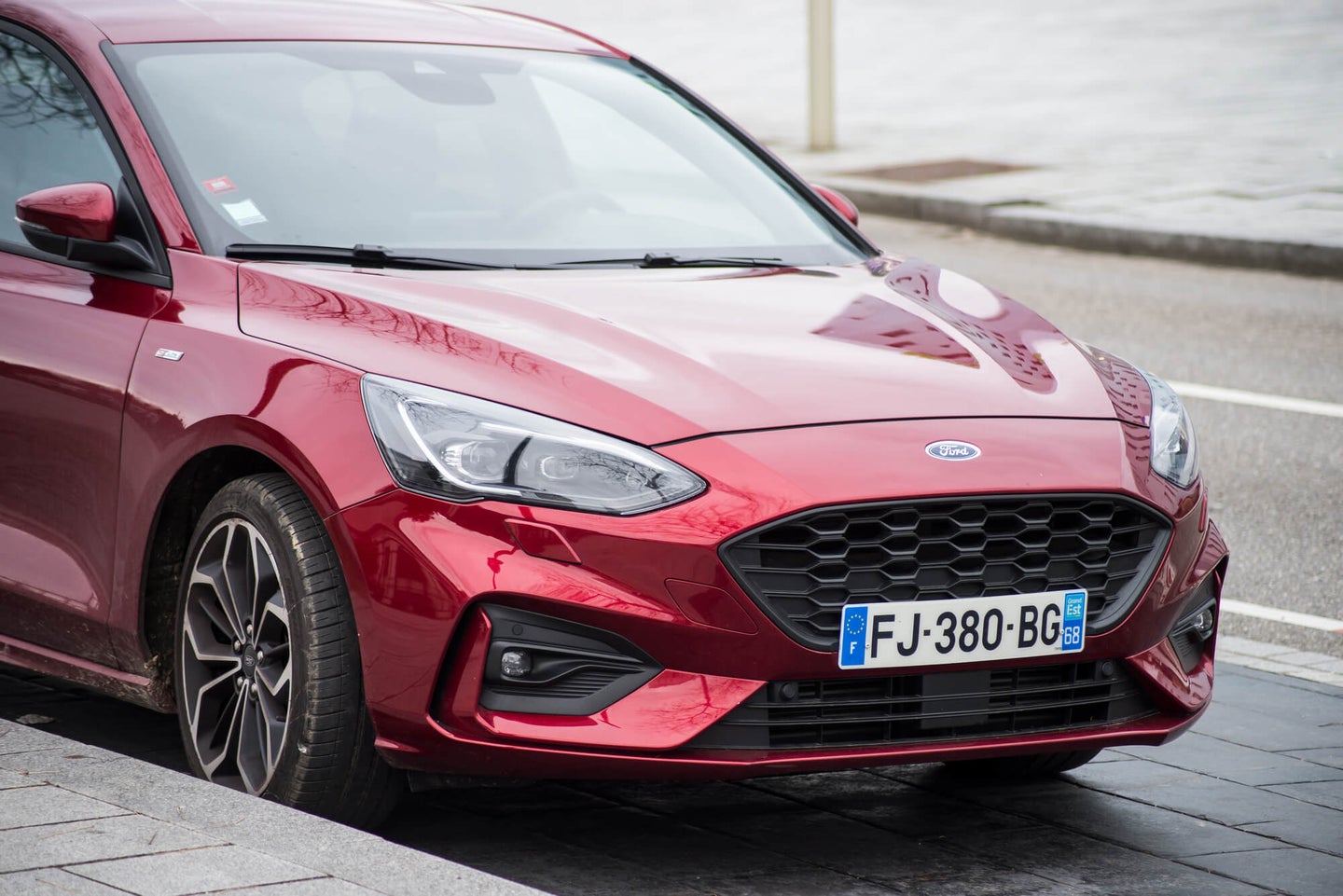 Before Ford eliminated all sedans from its lineup, the Ford Focus had long established itself as one of the go-to small American four-doors. Today, the only way to buy one is from a used car lot. But buyer beware!

Prior to considering a purchase, you should know the Focus has encountered numerous issues, none of which have been as major as the lawsuit-inducing PowerShift (DPS6) automatic transmission saga that lasted years and found corporate malfeasance that beggars belief.

Intrigued and looking to sidestep any potential issues? We got you. The Drive’s guide to Ford Focus transmission issues can help you determine if you are one of the nearly two million people, including Fiesta owners, who were possibly affected by the settlement. Let’s figure this out.

Ford launched the DPS6 dual-clutch transmission, widely known as the PowerShift transmission, on 2011 Fiesta and 2012 Focus models. Since then, Ford and the National Highway Traffic Safety Administration (NHTSA) have fielded thousands of complaints about shuddering, hesitation, and stalling or inability to accelerate on 2012-2016 Focus models. Rather than open a recall, Ford extended warranty coverage through more than 20 Technical Service Bulletins (TSBs).

Ford claimed the low-speed shuddering and vibration was a known tradeoff for the dry dual-clutch transmission’s improved fuel efficiency. It also acknowledged that “potential for the transmission to default to neutral – while still maintaining full power steering and braking – developed only after several years of real-world use", and that “in 2014, the source was traced to a faulty control module.”. Thus, the extended car warranties covered both the faulty control modules, as well as a potentially leaky seal around the input shaft that could contaminate the clutch. The extended warranties covered clutches and related hardware for 7-years/100,000-miles, and 10-years/150,000-miles for the transmission control module.

But that wasn’t the end of the story. Owners further complained that dealership fixes and replacements were not resolving the problems, and a report accused Ford of knowing about the issues before the model was due to launch. This culminated in a class-action lawsuit that resulted in payouts for previous repairs and the option to sell the cars back to Ford for approximately $15,000-22,000. According to a report cited by Bloomberg Law on 05/15/2021, the PowerShift litigation stood at nearly 1,200 cases. The most recent report from Bloomberg Law stated that the number of cases has dropped to 204, which is a reduction of more than 80-percent.

How Reliable are Ford Focus Transmissions?

We cannot definitely say whether a Ford Focus is or is not reliable, as reliability is still considered on a case-by-case basis.

Common Ford Focus Transmission Problems to Look Out For

If your Focus exhibits one or more of these symptoms, it could be a sign the transmission is malfunctioning.

Stalling and/or Inability To Accelerate

Ford stated that these transmissions, “may exhibit intermittent concerns of loss of transmission engagement while driving, intermittent no start, or a loss of power.” This issue is due to the transmission shifting into neutral when driving or setting off, which is caused by improper transmission control module calibration.

“I was driving about 25 mph on a narrow winding mountain road when the car shifted out of gear into neutral and displayed the “transmission problem service” message. I coasted to a stop in the middle of the road, as there was no shoulder. Moving the shifter did not get back in gear. I shut the car off and restarted. I then had control of the car, but it would not shift into high gear. It would go neutral to first with a jerk, then shift smoothly into second but not shift into high gear at all.” - 2012 Focus, Oregon

“I was driving on the freeway at the posted speed of 65 mph when the car engine rpm dropped to 2,000 and then back up to 4,000, the car immediately slowed to 50 mph, causing traffic behind me to slam in their brakes. The car wouldn’t shift to speed up causing me to pull over and creep to a gas station.” - 2013 Focus, Arizona

Ford admitted these transmissions exhibit, “a degree of vibration, or shudder, when the all-new automatic transmission operated at low speed,” and said it was, “similar to what is experienced with a manual transmission.”

If the clutch feels as though it might be slipping or hesitating when switching gears, it could have fluid contamination, or the module calibration could be off.

“Extreme transmission shudder to the point of tires losing traction while trying to take off from a standstill. Included shuddering at random from standstill and when shifting. Lack of consistency in acceleration during some shifts. It continues to do this, as we’ve owned the car approximately two years. Has already had the module reflashed.” - 2012 Focus, Kansas

“The 6-speed power assist transmission hesitates. Shifts roughly and shutters when shifting. The hesitation is sometimes from a dead stop, and that's a hazard when entering traffic. Mostly highway driving. This has been ongoing. It was repaired by the dealer once but is happening again.” - 2012 Focus, New Jersey

“This car was purchased used mid-2015. By November 2015, the first replacement of the clutches was done. In March of 2018, just a few months out of the two-year warranty, the clutches needed replacing again. It was too expensive for us, so we opted to have the software flashed instead. under the extended parts coverage offered by ford, the clutches were replaced for a second time in December of 2019. By January 2021, the car needed new clutches for the third time. The dealership contacted ford to see if they could do anything about it, and ford refuses because the car and the clutches are slightly out of warranty, the clutches only out by a month, even though this six-year-old car is on its third set of clutches.” - 2014, Florida

Customer complaints showed that dealerships have charged between $1,500-2,500 for a clutch replacement, depending on the location and condition of the vehicle. A full transmission replacement will cost roughly $3,500-5,000. However, if you are in the market for a Ford Focus and want peace of mind after buying your new vehicle, consider the Carshield warranty, which has plans that got you covered also on the transmission of your Ford Focus.

Uproar.car —  Around the Clock Coverage for Your Car

Uproar.car will cover your car for less, protecting you against expensive repairs from bumper to bumper. With a focus on customer care and no middleman to complicate repairs and claims, you’ll get easy coverage you can actually use. The plan even pays for itself — Uproar.car’s warranty coverage gives you exclusive access to discounts, auto concierge service, and a 100 percent online claims process. And with clear, upfront price quotes, you’ll know exactly what to expect when it comes to the cost. It should also be noted, however, that this coverage does not extend to some luxury vehicles, cars over 120,000 miles, and cars more than 10 years old

a. In relation to the faulty DPS6 Powershift dual-clutch automatic transmission, 2012-'16 Focus sedans and hatchbacks were affected.

Q. Is there a recall on Ford Focus transmissions?

A. No, but they were included in a court settlement.

Q. What is wrong with Ford Focus transmission?

A. Specifically on 2012-'16 Focus vehicles, several owners complained about shuddering, hesitation while downshifting, hesitation while accelerating, stalling, slipping, bucking, jerking, and premature internal wear. These symptoms were the result of faulty clutch and transmission software calibration, as well as bad input shaft seals. Not all Ford Focus transmissions are guaranteed to be bad, though.

Q. Should I buy, rent, or lease a Ford Focus?

A. The Ford Focus is not a bad car, but there are several options that are equally as capable that do not have a known history of transmission issues. Shop around for similar alternative vehicles if you are considering a 2012-'16 Ford Focus.

The Drive wants its readers to be informed as possible. Here are a few additional resources regarding Ford, the Focus, and its transmission troubles:

What Do You Get with a Factory Ford Warranty?

Ever wonder what “Built Ford Tough” really means when it comes to Ford’s warranty coverage? Here’s a basic view of the factory warranty