25 years ago a new sporty contender came in to compete against the Subaru SVX, Nissan 300ZX, and Toyota Supra. It was doomed from the start. 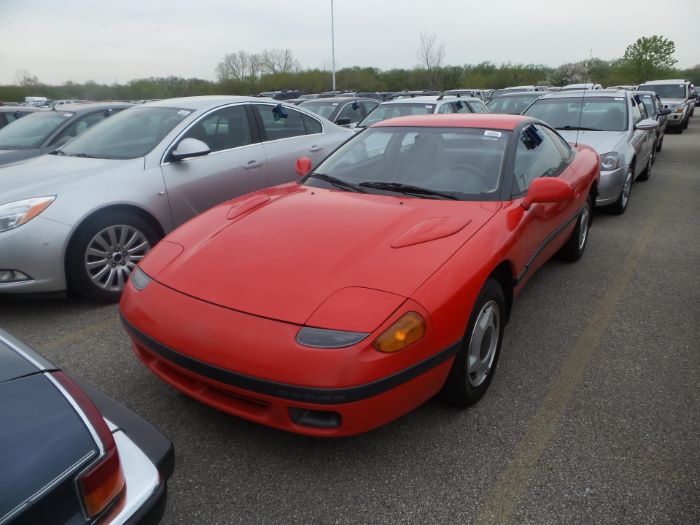 Even the name,  'Dodge Stealth',  sounds perfect for a sports car.

The Dodge Stealth was a near identical twin underneath to the Mitsubishi 3000GT. A grand touring coupe that was originally conceived with the idea of taking on the best that Japan had to offer, and maybe a little bit of the Chevrolet Corvette and Acura NSX as well if you opted for a loaded 300 horsepower version with all-wheel-drive.

The Dodge Stealth in base form was an expensive but well-designed coupe that managed to blend in a front fascia that had an uncanny resemblance to a Dodge Viper,  with a rear profile that was as big and bulbous as you could find back in the early-90s.

At 164 horsepower coupled with close to 3500 pounds and front wheel drive, it was no speed demon by any measure.  We're talking minivan fast. But it did get a healthy audience in the USA, thanks in large part to an MSRP in the $18,000 range. Of course, the level of cost cutting for the base model was a bit heftier than even the most parsimonious of competitors.

If you were willing to spend around the mid-$20s (close to $40,000 in inflation adjusted terms) you got a healthy 58 horsepower bump with the Stealth R-T and a longer list of options that made the Stealth a legitimate competitor to the non-turbo versions of the Nissan 300ZX and Toyota Supra. A twin-turbo with 300 horsepower was an all-out street fighter that crested right past $30,000 and typically landed in the $35,000 range. A sum that's closer to $60,000 today.

It was a healthy reach, but there were three major problems with that audacious pursuit.

The first was the interior. No matter where you look, all you could find were materials that were at least two notches below the competition. Three notches if you tried to match it against a Subaru SVX.  The Stealth had a healthy bump in sales, but that was only because the SVX was poorly marketed, the Supra rotted in the vine for eight years, and the 300ZX was a no holds barred sports car compared with the Stealth which was more of a highway runner.

The second was that the 3000GT had it all over the Stealth when it came to looks.

It wasn't even close. The 3000GT looked like a true blue sports car while the Stealth just didn't have anything that made it a looker beyond the blacked out snake eyes.

The third and probably most unfair portion of the Stealths existence was that it came out in the exact wrong time.. Sports cars were a dying breed during the 1990s and sales absolutely cratered for even the best in the business. The 300ZX, Supra, and SVX were all phased out of production by the late-1990s, and the Stealth only lasted until 1996.

This particular one had the same owner for 25 years and 118,000 miles. It's in fantastic condition, especially given that it's a base model. There's much to like. But love? I feel like this guy when I see one in person.