What has bashed in bumpers, 415,164 miles, and a photographer who sleeps in its bed. 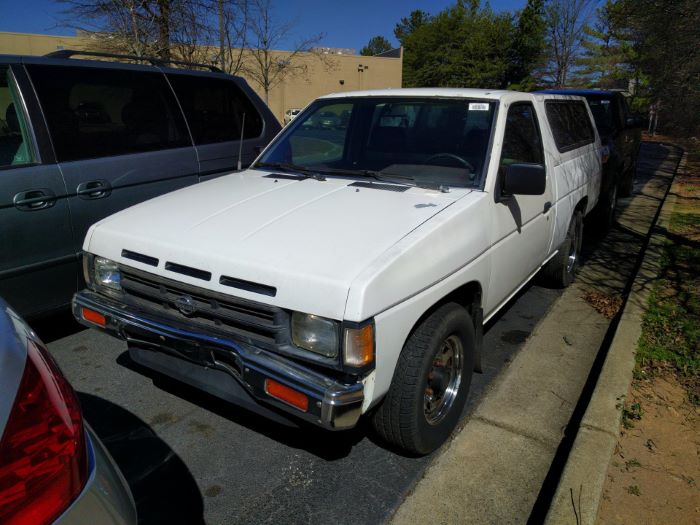 Jeffrey Morganstern thought everything was square in Roane County, Tennessee way back in 2007.

His high school building was one big square piece of brick. The houses in his neighborhood were nearly identical four side brick ranches with all the warmth of an old witches tit. The teachers?  Most were older than dirt, and still living in a 1980s time warp. Heck, one even had a framed picture of Ronald Reagan that stood right near the front door of the classroom.

Jeff just hated it all. The school. The neighborhood. Even the clean cut students who seemed like obnoxious walking clones of their parents.

So Jeff decided to do the one thing that every teenager dreams about doing, but rarely has the guts to make into a reality.

Thanks to his favorite Uncle Lenny who was the local pharmaceutical distributor of countless illegal substances, Jeff had been given the ultimate of presents during his sophomore year of high school.

Five. Thousand. Dollars. The catch? He had to leave and pursue his dreams by age 18, or the money would go back to Lenny.

Jeff didn't wait until his 17th birthday. With half the money he bought the truck of his dreams. A 1992 Nissan Hardbody 4X4 that had a stick, a radio, and power nothing. 257,000 miles was a lot. But the owner had a bricks worth of records in the glovebox and worshiped the truck like it was a Pentecostal prophet of automotive splendor.

$2500 and one summer later, Jeff packed the Nissan up and moved to Oakland, California to become a photographer. He worked the local newspapers, earned next to nothing, and slept in his truck. It didn't bother him. He was in California. Where the only things that were square were old Volvo 240 wagons which seemed to be the unofficial car of the state.

Jeff ate rice. Smoked pot. Starved for a few years, and slowly built a better life. The peanuts that were paid by the Daily Californian were slowly replaced by a few well paying gigs by the San Francisco Chronicle. Truck sleeping turned into a room and a bed. Then it happened.

The Occupy Wall Street movement turned Jeff from a seller of photographic snaps and scraps into a bonafide nationally renowned photographer. He became big.

But he still kept the truck until last Friday. Jeff decided that he didn't want four wheels anymore. He wanted two.

As for the truck, he sold it for $1000 to a young kid that needed some wheels.

Why so cheap? Simple. Jeff knew that paying it forward was the ultimate reward in life. So why not spread the wealth.