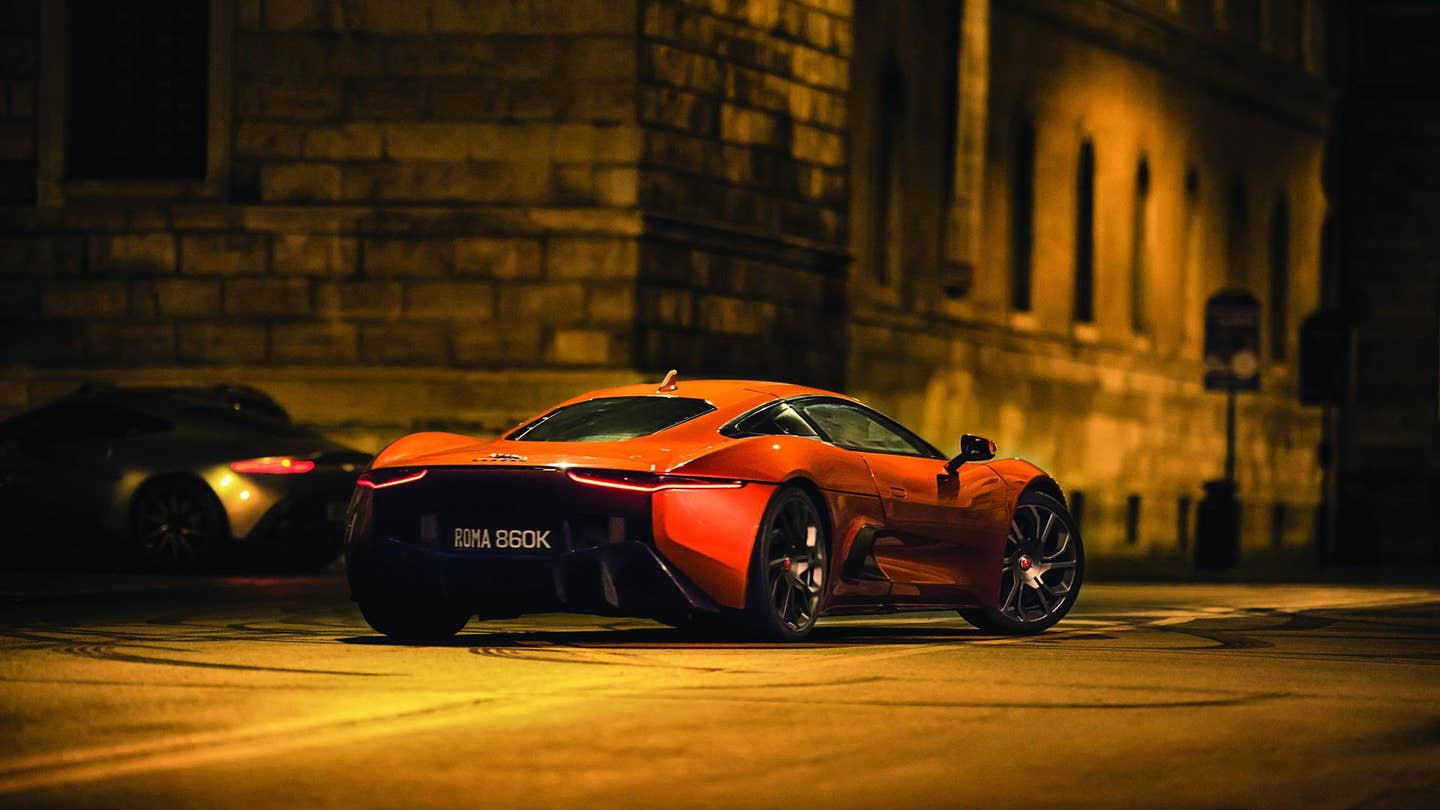 Until the Broccolis get really radical, James Bond isn’t going to lose. No matter how downtrodden or doomed the special agent might seem, 007 pulls through. Sometimes, James emerges from the cave lair/mountain lair/submarine/ice-castle lair a little worse for wear, a crooked tie knot or maybe a dislodged collar stay. Still, he’s always got enough stamina to bed a voluminously-haired lady. Bond strides through it all.

That happens with cars, too. Bond usually gets away, but the film’s producers make sure that the villains get cars almost as awesome. Some of them, like Zao’s acid-green Jaguar XKR convertible in Die Another Day, play on old rivalries: Historically, Jaguar has sold cars with just as much power, and almost as much beauty, as Aston Martin. Others, like the Slumber, Inc. in Diamonds Are Forever, are more like wheeled props, thrown in to underscore just how sinister the bad guys are. Seriously, Oddjob will try to kill you with that hat.

In celebration of the steeds that have almost run down the world’s favorite MI6 operative, here are 8 fantastic cars with bad intentions. And, hey, who knows—maybe Spectre will mark Bond’s automotive downfall. (Probably not - Ed)

Shortly after feeding a CIA agent Felix Leiter to a Great White shark (classic!), drug lord Franz Sanchez sends his henchmen after Bond. One of them, Perez, storms out in a sweet CJ-7, like the coolest kid in your high school.

Auric Goldfinger smuggled gold. To do so, he needed a capacious car. Enter: The Phantom III, with yellow and black bodywork and, behind the panels, solid gold. Because, as Auric was fond of saying, There’s always money in the 1937 Rolls-Royce Phantom III!

Pol Pot, Idi Amin and Pablo Escobar are just three former owners of Mercedes’ imposing limousine. In Diamonds, Blofeld captures Tiffany Case and stuffs her in the backseat of a silver 600. Lesson? If you see a 600, run.

A convertible isn’t not the first vehicle you’d want for racing across a glacier. So kudos to Zao, who threw on some goggles and went after Bond’s Vanquish in an acid-green Jaguar XKR ragtop. He would die an icy death, but not before exploiting both the supercharged V8 and an expansive personal warchest. What a mess.

Filmed during the Blaxploitation era, Live and Let Die coopted many of the genre’s tropes, including a big, swanky, tricked-out Cadillac. At a time when a Corvette cost less than four grand, the Fleetwood 60 Special Brougham was a $7,000 monument to luxury. Special stuff.

Especially in black, this era of Continental just looks straight up murder-y. That made it perfect casting for this scene in Goldfinger: Solo, an uncooperative gangster, is killed by Oddjob, placed in the trunk of a Lincoln Continental, and then crushed, with the car, into a cube.

Most movie-goers now know the mid-sixties Thunderbird as Thelma and Louise’s ratty road-mobile. But decades before, Spectre number two Largo drove the same car in Thunderball. The ‘Bird was the site of much less emotionally-frank conversation, though roughly the same amount of murders.

No, this isn’t the hybrid, four-cylinder car Jag debuted in 2011. It’s a clapped-together movie car. Not all bad, though; the C-X75s used in the movie combine a unique spaceframe, McLaren transmission and the F-Type R’s supercharged V8. By all accounts, it’s fast and sounds mean. The looks have only improved on the concept’s.