We stopped the leak. Spent a few days letting the camper dry out, then begged some shop space from Amos Callenberger and the rest of the good guys at Vankind, in Wilson, Wyoming. The company’s just now getting its feet under it converting Sprinter, Promaster, and Transit vans into livable, workable spaces. National Geographic photographers and North Face executives count themselves among the company’s clients. They’ve got some experience putting holes in sheet metal, and keeping water out of places it doesn’t belong.

Amos recommended pulling off one of the panels, cleaning everything up, and ditching the sheet metal screws for burly rivets. I heeded his advice. When he suggested a gooey sealant, Lexel, for plugging holes and keeping water at bay, I raided the closest hardware store.

I’d forgotten the joy of working in a fully kitted shop. Of having ladders and air tools, cleaners and scrapers, all at your fingertips. With heat and a roof over your head. Proper lighting. It’s a shade of bliss. Amos is a good guy. Diligent. Works quick and clean, and he’s always one step ahead of me, handing me the tool I’m looking for before I know I need it. He jokes, his eyes gleaming over a thick, dark beard. From start to finish, including hopping around Jackson looking for hardware, the job took the better part of a day.

“How much do I owe you for sucking up your shop space?” I ask.

If there’s a way to repay that sort of generosity, I don’t know it. All I can do is promise that if he ever needs something, anything, to call.

There isn’t time to test the roof. We have to be out of the vacation rental and back on the road, and the Lexel goo takes a good 24 hours to cure. Beth and I load up the truck and point ourselves towards southern Montana. Beth wants to see Glacier National Park before the snow comes, and we figure this is our last shot. We spend a couple of nights in the sticks, first beside the Warm River, then on to Johnson Creek, south of Butte.

The bare mountains reach high on either side of the water, shallow, swift, and wide. I can damn near hear the trout out there, calling. It’s a perfect day. Big, white clouds trundle off on a warm wind, and the sun shines through a clear sky, lighting willows and aspens impossible yellow against a dark green conifer sea. It’s the sun that clues us in; the solar panels should be running wide open, topping off the camper’s batteries, but they aren’t producing the power they should be. Something’s wrong.

I drop the camper roof and scramble up the side, standing on the thin band of aluminum that makes up the flatbed’s rub rail. I’m just tall enough to get my head over the roof and peer under the recently reinstalled panel B. The Lexel is dry, which is good. I can just reach one of the charge wires from panel A. I grab a wire, and it slips out of its connection. Its partner does the same. All my jostling must have loosened things, which explains why I’m not seeing the charge numbers I’d like.

Every day is a thing.

Of course, I made sure to zip-tie and tape the wires when we put down panel B two days ago, and that’s what’s fighting me as I try to pull the connectors to the outside. The main solar plug is under that panel, far enough back that I can’t reach it with the thing fixed in place, securely riveted and freshly caulked. I give a tug, and the plug comes out. It’s a problem, but at least it’s given me the slack I need to reconnect the wires from panel two.

There’s just enough slack in everything to make it work, but when I attempt to reinstall the plug, I notice one of the barrel connectors is loose. When I touch it, it falls out, broken.

Back in Maine, I had three of these connectors. This original, a spare from the camper manufacturer, and a third that came with panel A. Stuck in the less-is-more mindset, I threw the other two away. That was stupid.

There’s nothing I can do but leave everything undone. Fix dinner and try not to mangle that, too. We’d planned to stay a day—stop and enjoy where we were for a spell before pushing north. Now we need to fix the power. I’m smoldering with having fucked up, yet again. For having let these panels chase me around the country, causing one issue, then another. For being incompetent.

It starts raining, hard. Kiddo’s asleep by now, so I can’t turn on every light in the camper and scour the ceiling for invading water. I settle for flashing a headlamp every now and then, looking for evidence of the next shit storm. To my amazement, it stays dry inside. I send Amos a silent thanks.

We pack up in the morning and head for Butte in the hopes of finding both service and a replacement plug. It’s a simple two-port SAE guy, but no one in town has one. When I mention the word, “solar,” the voices on the other end of the phone clam up.

“No, we don’t carry anything like that,” is the answer.

Desperate, I call ZAMP, the company that built the panel. They don’t deal with customers directly, leaving most of that to dealers, but Ryan, the tech guy on the other end of the line is sympathetic. He can’t find a direct replacement plug. That’s a camper-specific part, he says, but he finds a ZAMP dealer in Missoula, and asks if he can call us back. Five minutes later, the phone rings. They have a plug that will work, he says. They’ve pulled it off the shelf and they’re holding it for us.

This is how you earn a customer for life.

The dealer is a massive RV lot. And, sure enough, the plug is there waiting. All that’s left is figuring out how I’m going to install it. We find a quiet, shaded corner of a Home Depot parking lot. I buy a few sticks of aluminum angle and channel, along with the stickiest vinyl tape I can find, and a lighted claw tool.

Beth and Kiddo watch movies on the curb, kicking leaves around in the gutter while I try to fix the problem I created. It’s worse now. The original plug was a handsome 90-degree job, which not only fit under the solar panel’s channel frame, but also allowed plenty of space for inserting and removing the plug. The new piece is vertical. It does not fit between the camper roof and the channel, let alone between the plug port and the bottom of the glass panel.

I try making a set of toothed tongs out of the aluminum channel, only to realize that I have to turn the plug sideways to get it to the port, which then makes the jaws too wide to fit. I try using two pieces of angle like giant chopsticks, only find there isn’t enough space to get the plug into the port. Eventually, I settle on using the lighted claw to get the plug close to the port, then tipping it in from the side. Once there, I bend a piece of angle to give me enough leverage to wheedle the plug into its new home.

All of this one handed, since I’m using my left hand to hold myself to the side of the camper. For over an hour. When the plug finally seats, I want to laugh. I don’t, for fear of upsetting whatever old gods have been glaring at me for the past two weeks. I button up the connections, make sure everything is both good and tight and easily accessible for future cursing, and point the truck North again, on to Glacier, and the beauty there. 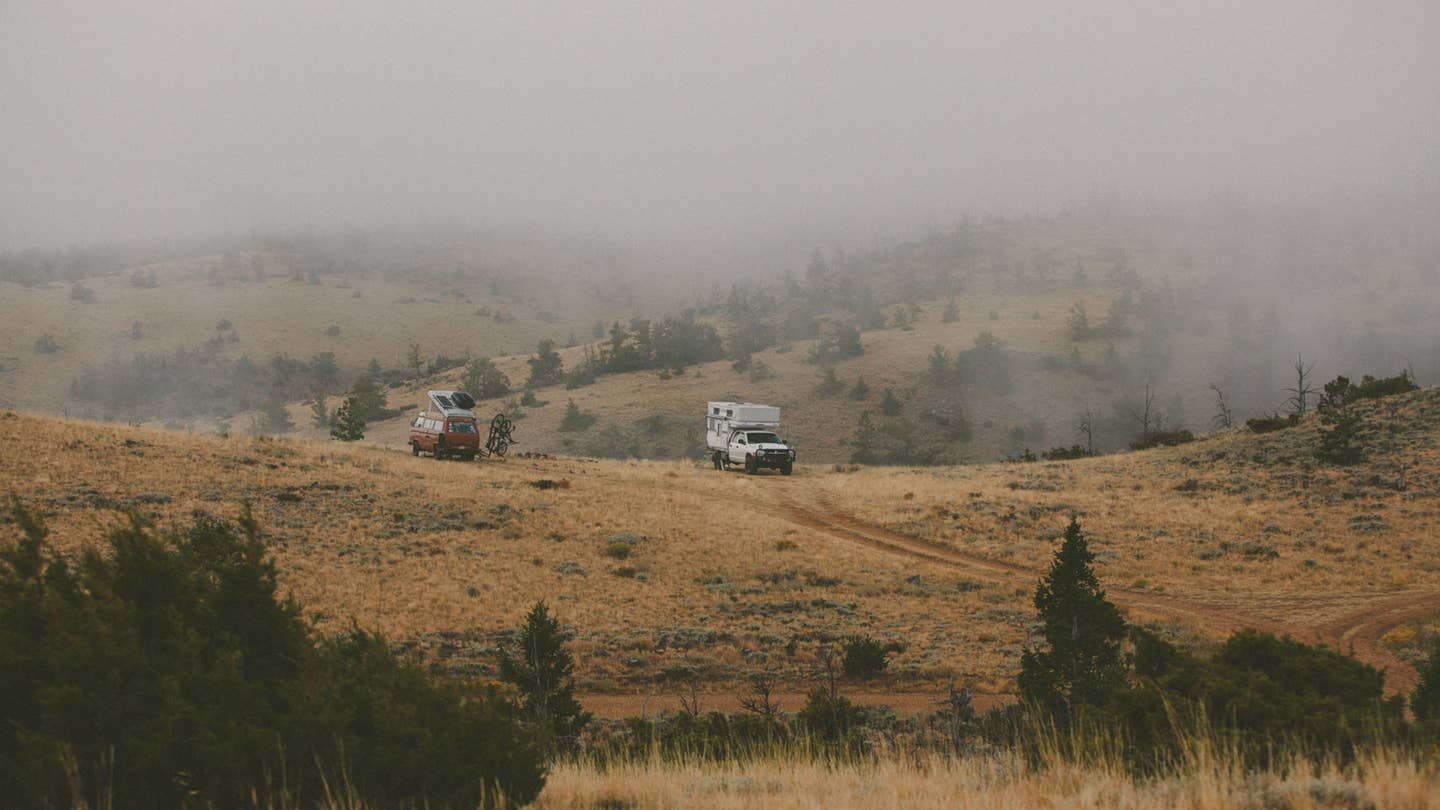 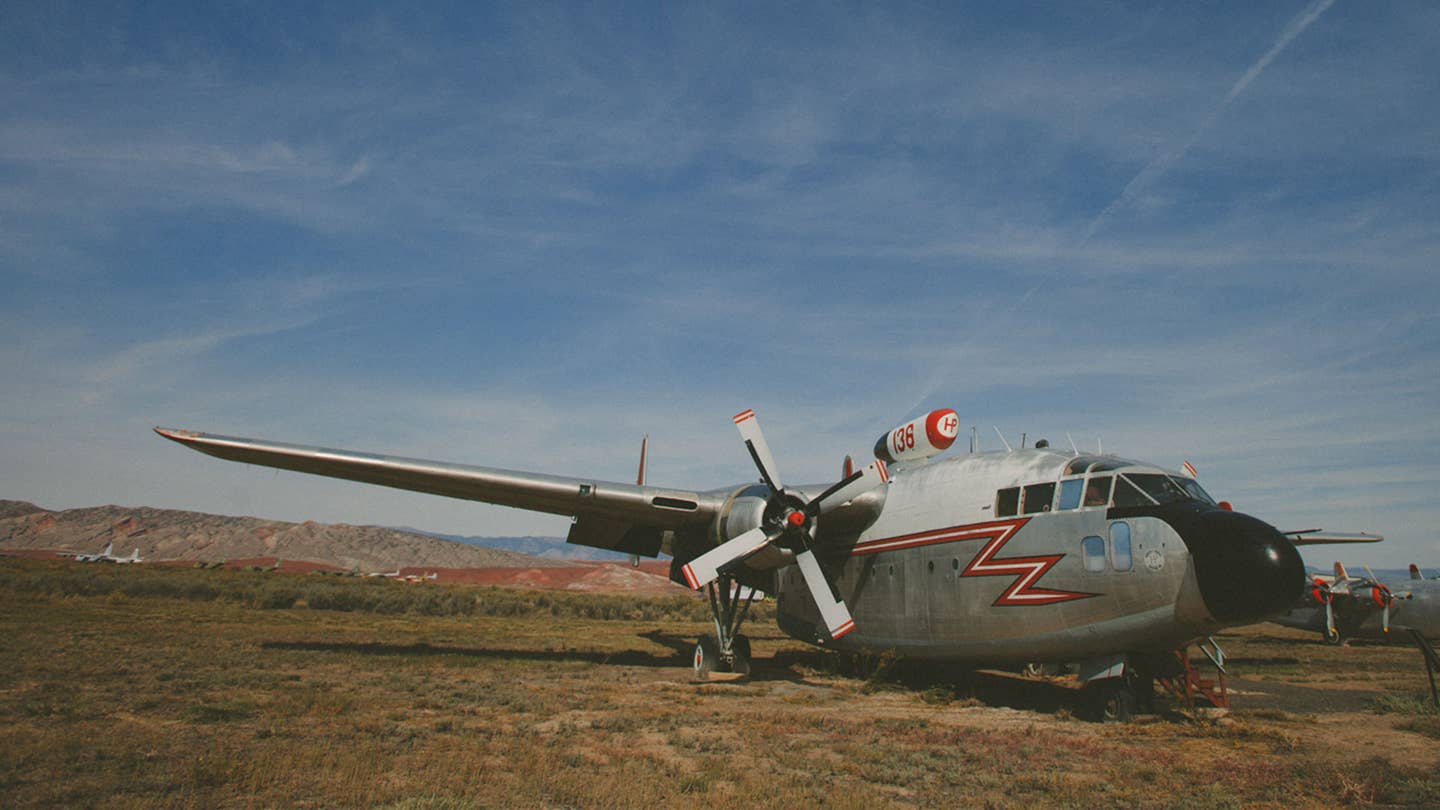 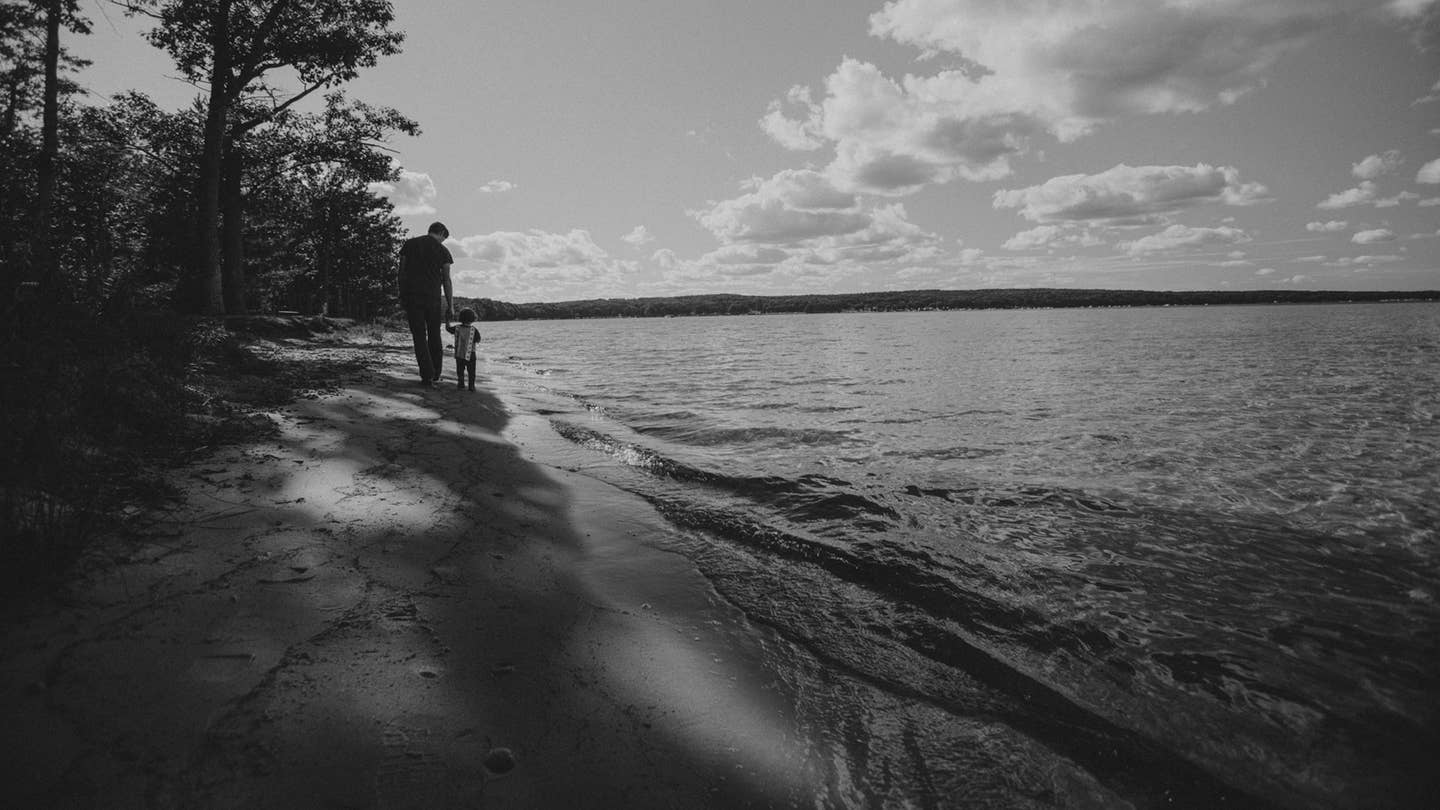 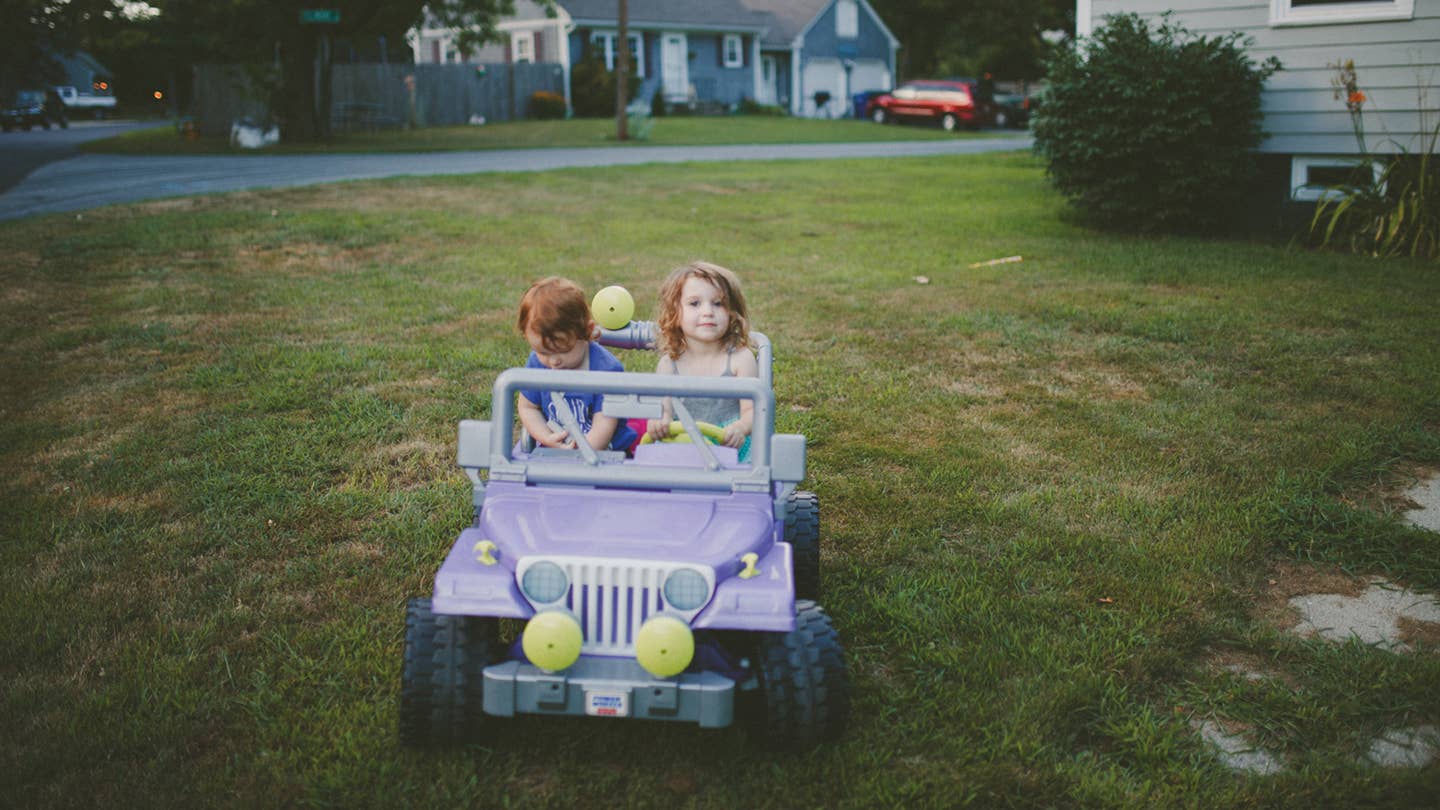 It’s amazing the parts of home you miss when you’re in the wind—and which parts you don’t. 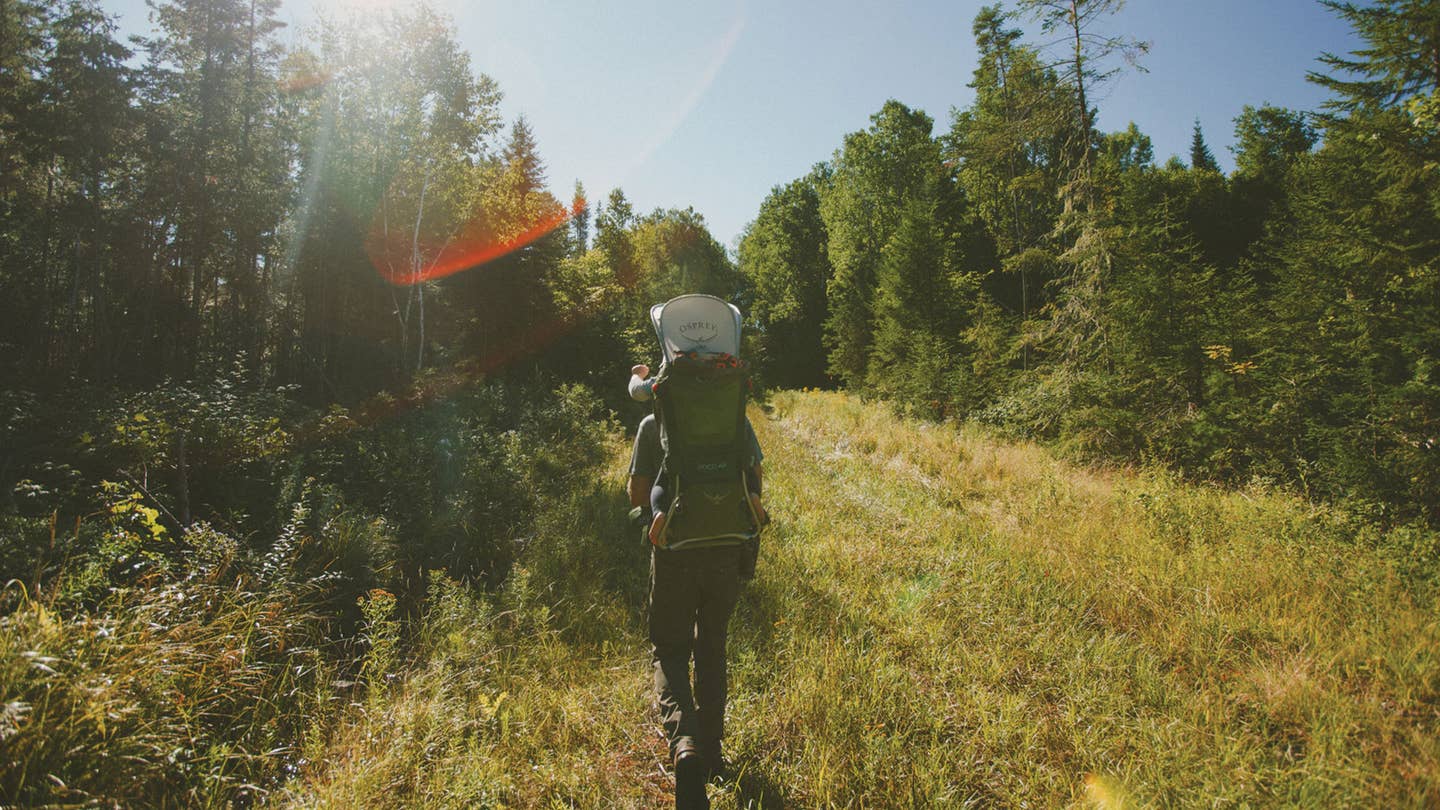