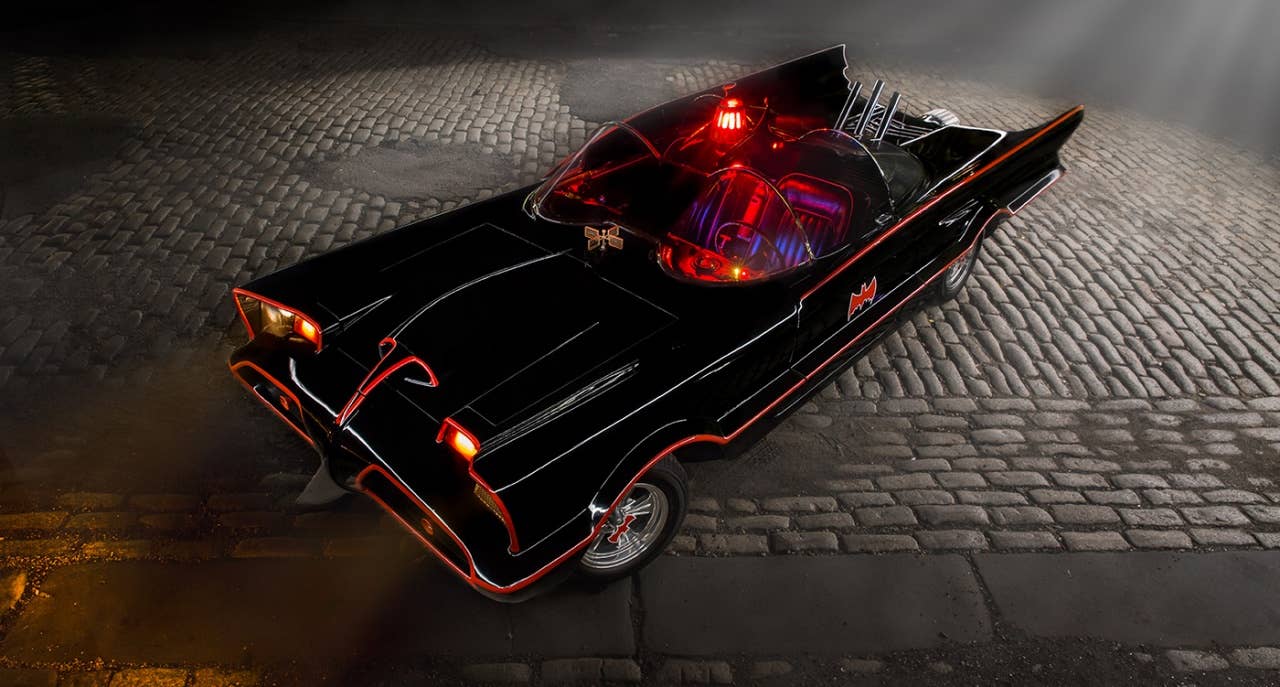 George Barris, the renowned Hollywood car customizer, passed away last year. He left a lasting legacy, rolling monuments to a singular brand of creativity and fondness for kitsch. You know his work, even if you don’t. The Munster family’s hot rod hearse. The General Lee. Green Hornet’s “Black Beauty.” K.I.T.T. from Night Rider. Cultural touchstones, all of them, but Barris’ most recognizable car remains the Batmobile, the original one, from the Sixties ABC television series starring Adam West. And now you can own it. Kinda.

See, it seems that Barris built four official Batmobiles, the first Lincoln Futura-based car for on-screen appearances, plus three others publicity purposes, the latter run in 1966. It wasn’t long before hobbyists started hacking away at homebrew replicas. The most famous of these, known simply as “Number 5,” rides on a 1958 Ford Thunderbird chassis. It was built by a fan named Jim Sermersheim.

Here’s where it gets weird. Barris somehow came to own the Thunderbird-based replica, though nobody’s sure how. Legend holds that an associate of Barris’s spotted Number 5 at a hot rod show, possibly promoting Sermersheim’s company, and had it seized by U.S. Marshals for infringement; alternative versions of the story claim an amicable loan, or regular purchase agreement. Things got even weirder in April, 1986, when Barris issued a retroactive letter of authenticity. This declared the Thunderbird "one of only five real and approved vehicles by Barris Kustom Ind. which has a design patent on file in Washington,” even though he didn’t build it, and the initial run of Batmobiles numbered four. The letter was likely an attempt to boost the value of Number 5, since it’d fallen into disrepair under his ownership, and Barris intended to sell it. He did so in 1989.

The car was later restored and is currently for sale at LBI Limited on consignment. It’s listed as a 1966, probably due to the retroactive authentication above. Either way, it’s pristine and packed with all the period goodness and cockpit gadgetry you can imagine. Oh, and it comes with a matching Batcycle, too.

We’ve reached out to LBI to confirm this is, in fact, the controversial Batmobile Number 5. If everything checks out, it’s a rare opportunity to own a piece intersecting the histories of television, custom cars, and superheroes. Think of it as a grey market prop car. Somehow, that just makes it even cooler...