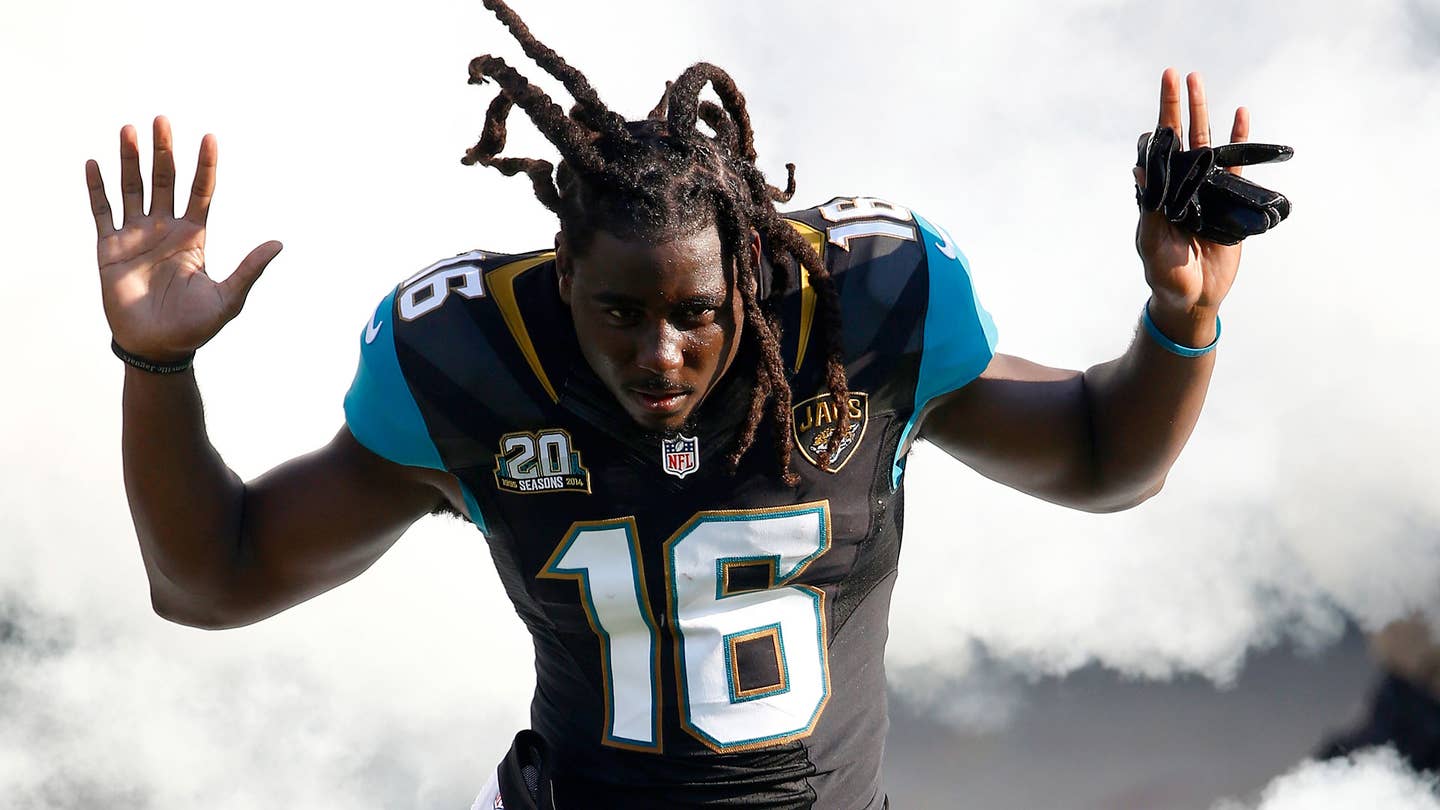 25-year-old Jacksonville Jaguars running back Denard Robinson was found passed out in his car in Jacksonville early last Sunday morning, according to a police report. Which wouldn't be worth writing about...except for the fact that the NFL player and his car were sinking into a pond at the time.

Police stated they rolled up on the NFL player's semi-submerged black Chevrolet Impala around 4 a.m. Sunday and found both Robinson and his passenger, 29-year-old Marissa Staples, still very much asleep. The police report states officers attempted to wake the football player up by knocking on the window, but he was unresponsive, briefly opening his eyes before going back to la-la land.

Even once they woke Robinson and Staples, the duo proved reluctant to exit the Chevy, as they didn't believe the car was sinking into a pond. Eventually, police were able to convince them to leave, but Robinson still had some trouble grasping the situation; according to the report, the NFL player tried three times to exit through the driver's door, only to be told by cops each time that he couldn't open it...since it was partially submerged.

Following the incident, Robinson tweeted he was involved in a "single-car accident" and that "everyone was safe and remained unharmed." He also explained that he wasn't under the influence, but simply way too tired to be driving. At least the NFL player knows now knows his limits.

Neither Robinson nor Staples were injured, and neither of them will be charged with a crime. It is unclear whether Robinson was asked to perform a field sobriety test at the scene of the accident, but police stated it was determined he was sober. Hey, maybe the man just really needed a nap.