We don't buy it. Who sits in the front seat of a chauffeured Suburban? 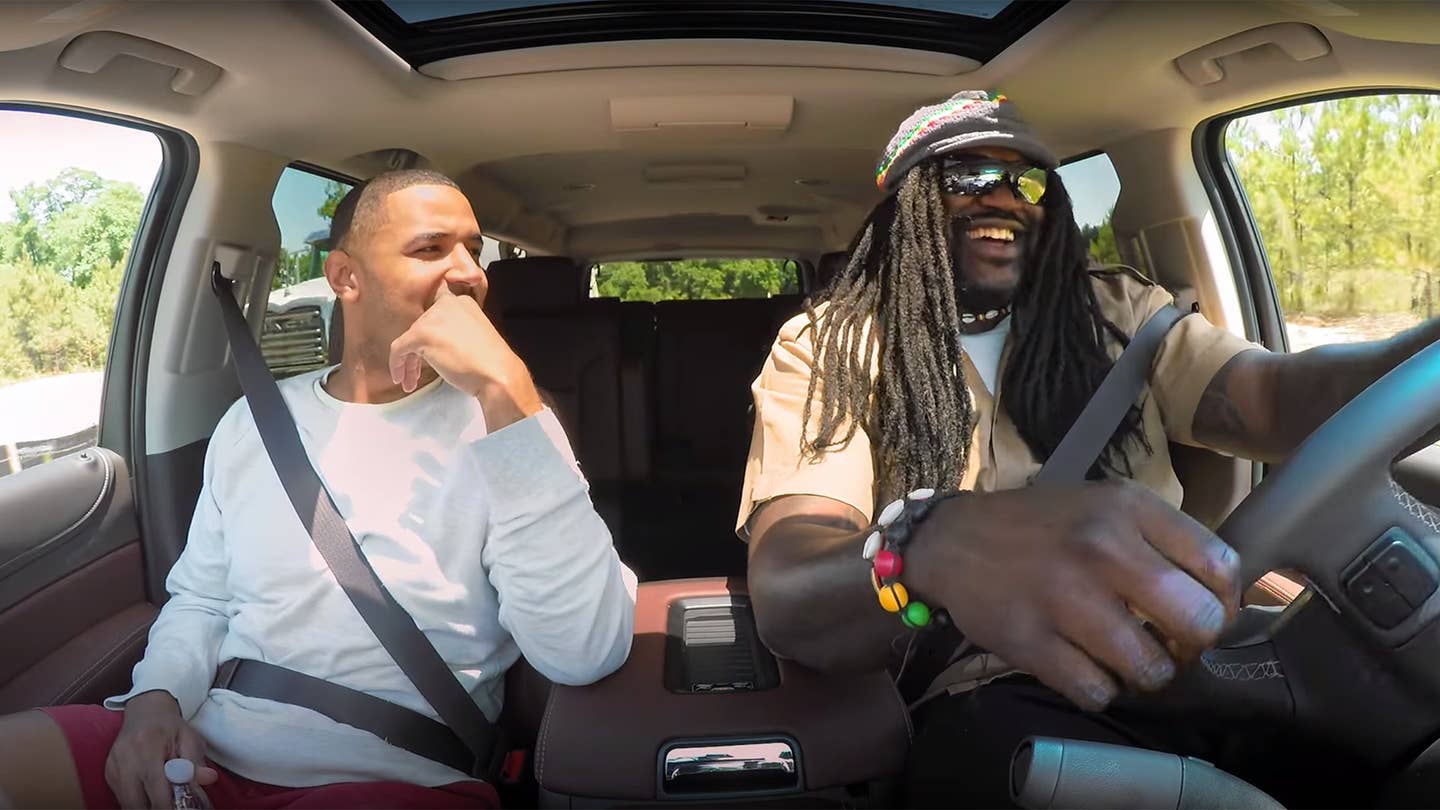 Despite the fact that the hidden camera-videos-by-brands craze is starting to plateau, there are clearly still companies—predominantly second-tier ones—holding marketing meetings where someone says, “Hey! Let’s make a viral video!” Everyone agrees that’s a splendid idea, then someone else suggests it should be an undercover video...with a celebrity! Why, that will break the Internet!

The latest company trying to claw their way to a larger market share via "clever" video content? Lyft.

Their idea: Hire Shaquille O’Neal, bring him to Atlanta, dress him in a number of absurd and obvious costumes, and let him drive unsuspecting passengers around. The hackneyed idea of putting a disguised celebrity behind a wheel to fool people has been trotted out many, many, many times. Now Lyft has bravely decided to add one more example to that list.

Except...maybe they didn’t. What makes similar videos featuring the likes of Jeff Gordon and Jay Leno work is that you genuinely believe the passenger has no idea who the driver is. This Lyft video with Shaq looks so obviously staged, we’re finding it harder to swallow than Shaq’s performance in Kazaam.

For starters, the former NBA star is seven-foot-one—and quite a recognizable man. The laughable outfits—a Parisian, two Jamaicans, an undercover cop and a nerd in suspenders—aren’t going to mask him well enough. Secondly, who hails a car for one person—and then sits up front with the driver? And third, Shaq's comments, while funny, are too out there to be taken seriously. It all smacks of hired actors who do a barely passable job of pulling it off.

But that’s what we think. Watch for yourself below and let us know if you think it’s real or fake.