The 17 Best Things We Overheard at the DUB Tuner Show

At the NYIAS’s tuner-n-mods gathering, the cars are pricy. The conversations? Priceless. 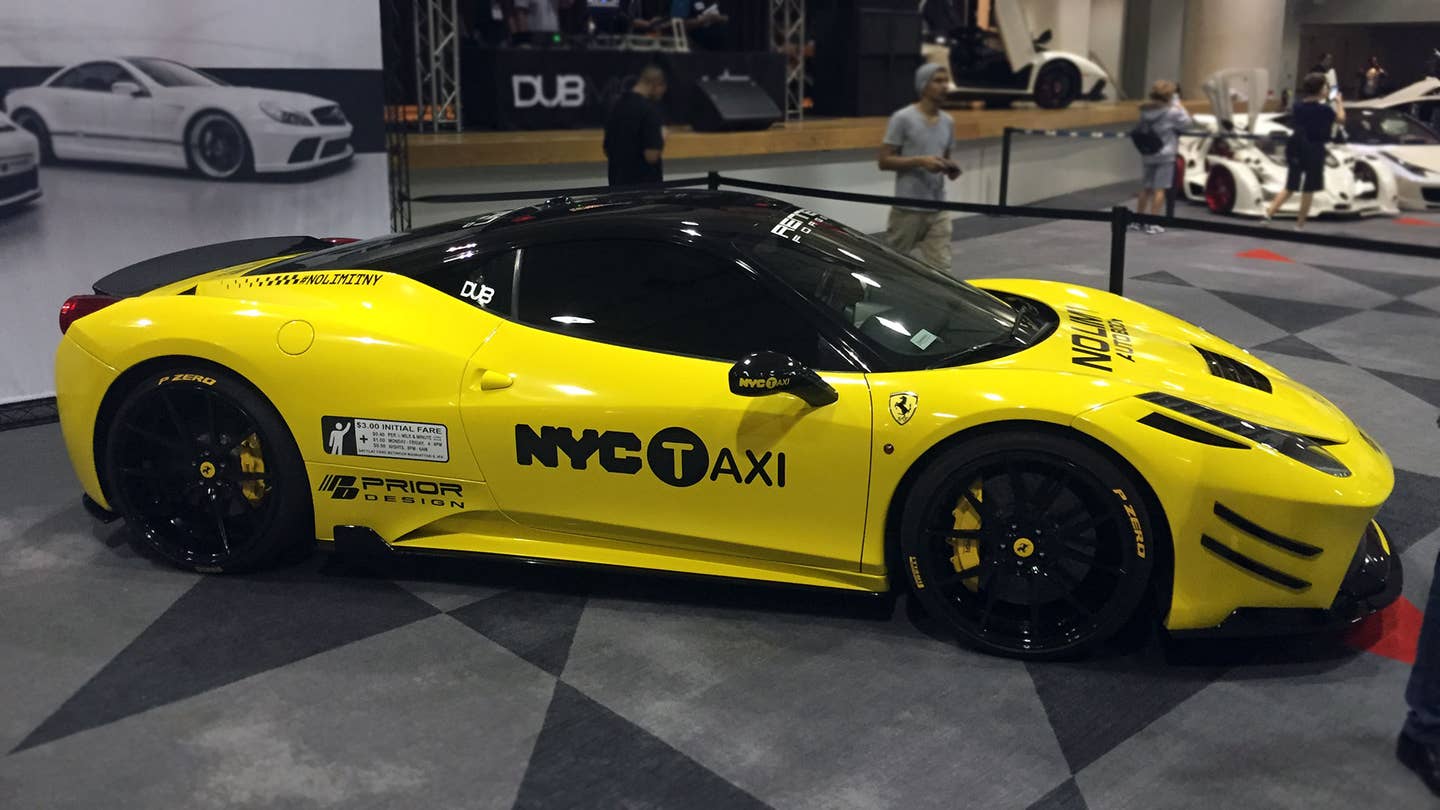 The DUB Show—the ultimate tuned car showcase—rolled into the Javits center for the final weekend of the New York International Auto Show. With it came a crop of tuned and slammed supercars, jacked Jeep Wranglers, deafening dubstep, blinding laser lights, bombastic unitard-clad vixens and an ever-present mist of AXE body spray. A few folks meandering through a maze of tweaked Nissan GT-Rs, Brabus G63s and race-spec Lamborghini Aventadors knew about what they spoke. The majority of visitors, though, were uninitiated, uninterested or posturing poseurs. We spent an hour listening to their musings. Here, the best whispers and shouts. (Mostly shouts. It was goddamn loud in there.)

Of a stanced GT-R

“Yeah, I’m pretty sure they lowered it on purpose.” - College Kid #2

Of a comely Spandexed model beside a custom Ducati Scrambler

“How much for the bike?” - Sideways Hat Guy

“It’s not for sale, unfortunately.” - Model

“How much for you?” - Sideways Hat Guy

“More than you’ll ever have.” - Model

“This car is actually owned by a guy in Florida.” - Booth Representative

Of a tracked Wrangler with a roof tent

“It comes with a loft! Very Brooklyn.” - Guy in Plaid

Of a Ducati XDiavel, with a sign marked “DO NOT SIT”

“Shit. How am I supposed to Snapchat this if I can’t get on?” - College Girl

“This one looks normal.” - Kid

Of an ACI Dynamix-tuned Gallardo

“No thanks. Too tough to get my four-year-old in there.” - Wife

Of a Ford Mustang GT

“Ugh, my selfie stick isn’t long enough to get all of me and the car in there for the ‘Gram.” - Guy

Of a Rolls-Royce Wraith Coupe

Of a wrapped and spray painted Audi R8

“They ruined it! Who’s gonna buy this with all the graffiti?” - Bro #1

“Actually, it’s a wrap we had an artist paint over. Peel it off and the car is essentially new.” - Rep

Of a Jeep with a bonkers sound system

“Oh my goodness! Can we get one of those for our van?” - Small Child

Of an Optimus Prime-themed Wrangler

“This is the car they used in the Transformers movie,” - Father

“...This wasn’t actually in the movie.” - Tuner who built the Jeep

Of a Polaris Slingshot

“Few more minutes” - Husband, baby in a bjorn on his chest, hands tightly over the infant’s ears

Of a Wrangler sitting on 34-inch rims

Of a Nissan Skyline R34