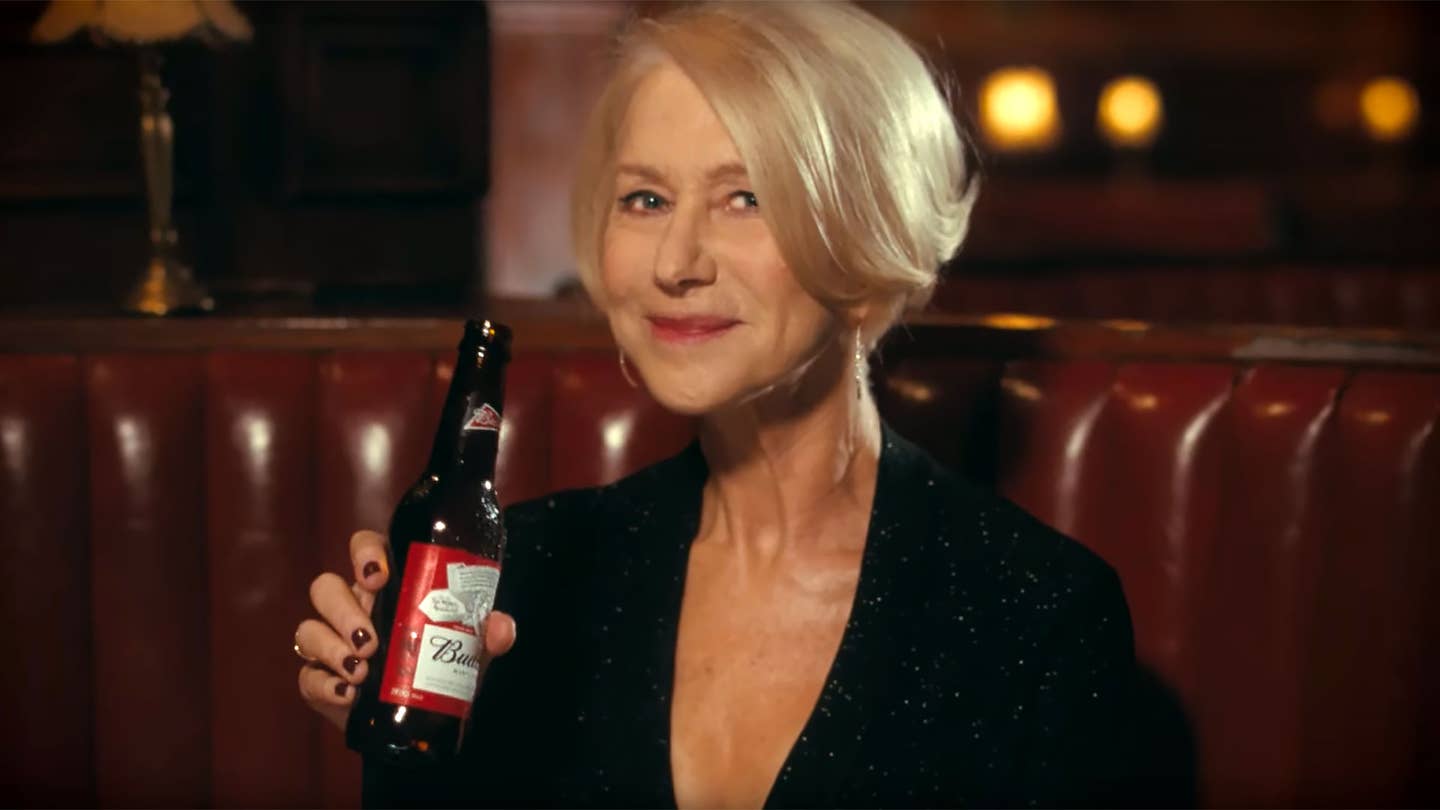 Oscar winner Helen Mirren is (quite literally) one classy Dame. But in this Super Bowl ad sponsored by Budweiser, she doesn’t mince words when it comes to drunk drivers. “You are a short sighted, utterly useless, oxygen wasting, human form of pollution,” she says in the clipped tones of a veteran English thespian, adding, “A Darwin Award deserving, selfish coward. If your brain was donated to science, science would return it.”

The spot is part of Anheuser-Busch’s “Give A Damn” campaign. Along with operating a site to help partiers find a safe ride home after a night out drinking, Budweiser will be donating $1 per tweet (to a maximum of $1Million) of their #GiveADamn campaign hashtag to safe ride programs through 2016.

The collaboration between the self-appointed King of Beers and the woman who won an Academy Award for her portrayal of Elizabeth II seems an odd one. One has trouble imagining Dame Helen cracking open a bottle of mass-market suds while waiting for Dame Maggie Smith to show up to her Super Bowl party with the seven-layer bean dip. If indeed both ladies are rabid football fans, it’s likely they favor the kind where with plenty of running around interrupted by periods of rolling on the ground clutching your ankle if an opposing player so much as breathes on you.

However, when it comes to the message, we have to agree with both Bud and the Dame: don’t be a pillock. The word, in case there’s anything lost in translation, is common English slang for a very stupid person; it is believed to take root from the 1500s Norwegian term “pillicock,” meaning “dickhead.” So don’t be a sixteenth century Norwegian dickhead: call a cab.