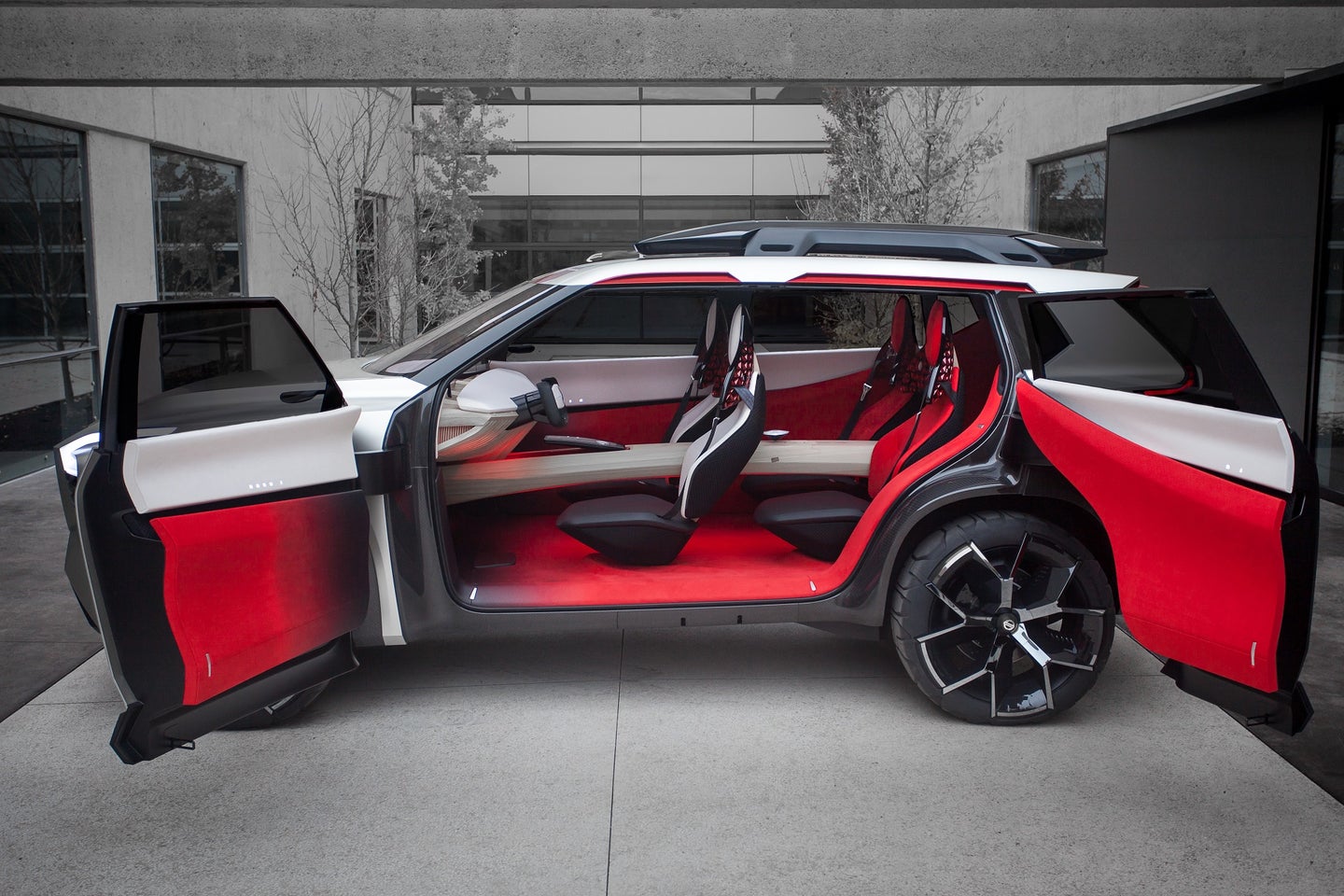 Among all the new models on hand during auto shows, the coolest vehicles have to be the concept cars. You get a glimpse into the future and, often times, an artistic design that makes them among the main attractions. Nissan unveiled its Xmotion concept at the North American International Auto Show in Detroit Monday. The Xmotion is a futuristic SUV with room for six.

The Xmotion, pronounced “cross-motion” is a unique fusion of traditional Japanese culture and craftsmanship with American-style utility. Its front fascia is striking, with unique U-shaped headlights and a futuristic take on Nissan’s signature V-motion grille. The SUV sits on rugged, metal wheels wrapped in all-terrain tires. The tread is physically laminated over the 21-inch aluminum alloy wheels. There’s also a neat, retractable rooftop box and tail lights which are inspired by Japanese woodwork.

The interior is minimalist, featuring a large wooden center console that extends the entire length of the vehicle. Designers say the interior was created with the imagery of a river on the floor with the center console acting as a bridge. Each of the seats features a sci-fi looking structural web supporting the headrests.

The SUV has three rows and is loaded with seven digital screens. The displays and the infotainment systems can be controlled by gestures and eye movements. A voice command system lets drivers focus on the road and rather than searching for switches and buttons in the cockpit.

Speaking on the new concept Alfonso Albaisa, senior vice president of global design for Nissan said, "In the Xmotion concept, we explored the more rugged and powerful side of Nissan Intelligent Mobility. Bold and powerful forms and proportions are, upon closer inspection, contrasted with aspects of traditional Japanese craftsmanship expressed in a contemporary way. The exterior's combination of western and eastern concepts continues inside the Xmotion, where advanced connectivity and autonomous technologies mix with modern Japanese digital art and cultural craftsmanship. At a glance, Xmotion may appear to have a minimal design language, but a closer look reveals layers of detail that make this concept exceptional."

It's certainly a cool-looking concept car with the suicide rear doors and brawny stance. Maybe this hints at a new addition to the crossover market in the near future.