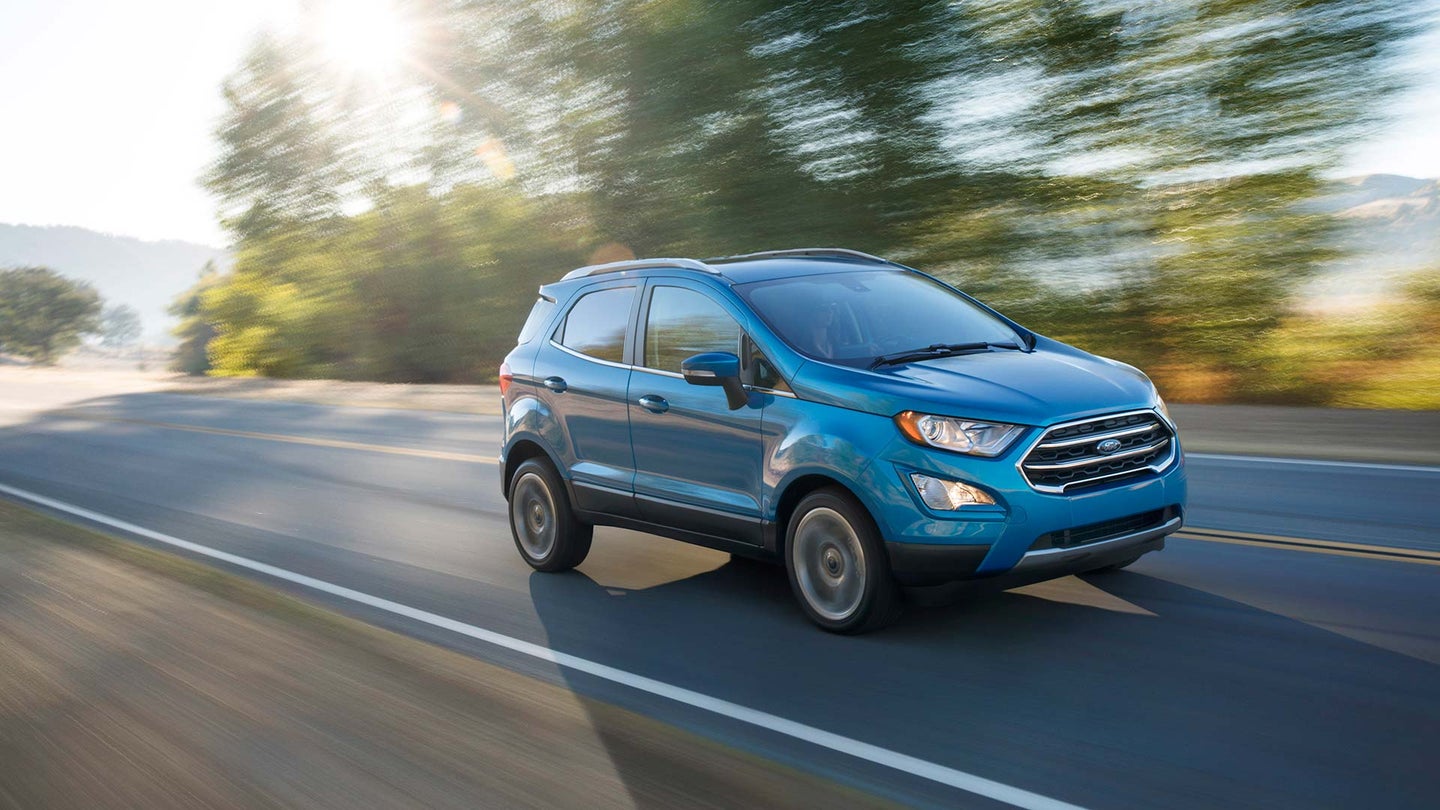 Ford has been mysteriously late to the subcompact crossover party in the U.S. It’s a hot segment that grew 14 percent in the U.S. in 2017 thanks to popular models like the Jeep Renegade and Chevy Trax and newcomers like the Honda HR-V and Toyota C-HR. Ford announced that the cute little EcoSport—which has been available globally since it was introduced in South America in 2003—would soon be available in the U.S. way back in November 2016.

Fast forward about 14 months and EcoSports finally started showing up in U.S. dealer inventories last week. What took Ford’s cute ute so long between being announced and actually arriving? "We are introducing the all-new EcoSport to Ford’s Always Unstoppable SUV line-up for the first time ever and wanted a healthy amount of time to help make U.S. consumers aware of this exciting new nameplate," said a Ford SUV representative in an email to The Drive.

Anyways, on to the EcoSport itself. It’s certainly nothing groundbreaking and kind of looks like a Ford Escape, but smaller. Front-wheel drive is standard as is a 1.0-liter three-cylinder EcoBoost engine which, incidentally, was just revoked from the Fiesta in the U.S. You can also get a naturally aspirated 2.0-liter four-cylinder and all-wheel drive is optional. Both engines come equipped with a six-speed automatic transmission.

The Ford EcoSport is available in four trims; the base S, the mid-range SE, the luxurious Titanium, and the sporty SES. Pricing starts at $19,995 and you can expect to start seeing these things all over the place very soon.

The six-pound cargo shelf can hold nearly 700 pounds without bending.