Three of Neil Young’s Classic Cars are Going to Auction

These classic American cars need someone to love them the whole day through. 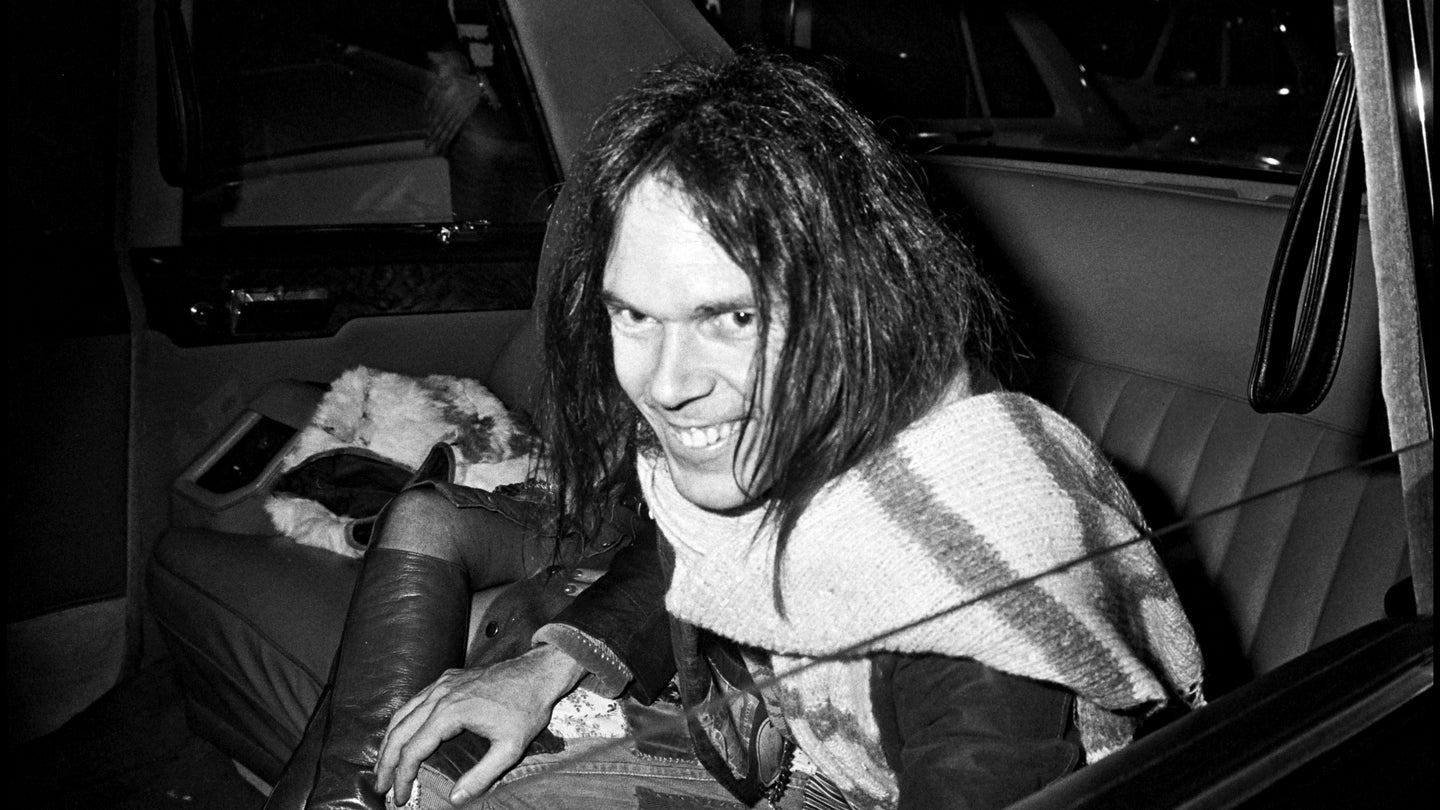 Legendary folk-rock musician Neil Young has been an avid car collector for decades with a penchant for classic American land yachts. The Rock and Roll Hall of Famer is giving you a chance to keep three of his cars rocking in the free world by selling them via Julien’s Auctions in Los Angeles Dec. 9.

One of the cars in question is a 1953 Buick Roadmaster Skylark Convertible. This one isn’t just valuable because it belongs to Neil Young, this is one of the most collectible Buicks ever assembled. Built to celebrate the 50th anniversary of Buick, this Skylark has a heart of gold in the form of a 322-cubic-inch nailhead V8 engine which makes 188-horsepower. It has a vehicle identification number of one out of 1,690 units built in 1953 and the steering wheel says “Customized for Neil Young.” Julien’s expects this beauty to go for somewhere between $200,000 and $300,000.

Next up is a 1941 Chrysler Series 28 Windsor Highlander coupe with the odd distinction of having three seats. Neil Young claims this car was once owned by Steve McQueen, unfortunately, there's no documentation that we know of to prove that claim. It’s only expected to sell for $15,000-$20,000 and we can’t help but wonder what that number would be if Young could prove it used to be McQueen’s car.

The least valuable of the trio is another old Buick Roadmaster, this time a 1948 hearse with a 320-cubic-inch L-head inline-eight making 144-hp. Young famously used a hearse to haul music equipment in the early 1960s, but this isn’t that car. Perhaps the coolest thing about this Buick is that it is the subject of the classic 1976 Neil Young song “Long May You Run” from the album of the same name. This one is expected to go for just $8,000-$10,000 which makes it a pretty affordable piece of music history along with being a cool classic car.

Along with the three cars, a bunch of Neil Young’s other stuff is going up for sale including guitars, recording gear, clothing, and pieces from his vast Lionel model train collection, some of which have higher estimated values than two of his cars. If you’re a big fan of Neil Young, classic American cars, model trains, or all of the above, you won’t want to miss this auction.