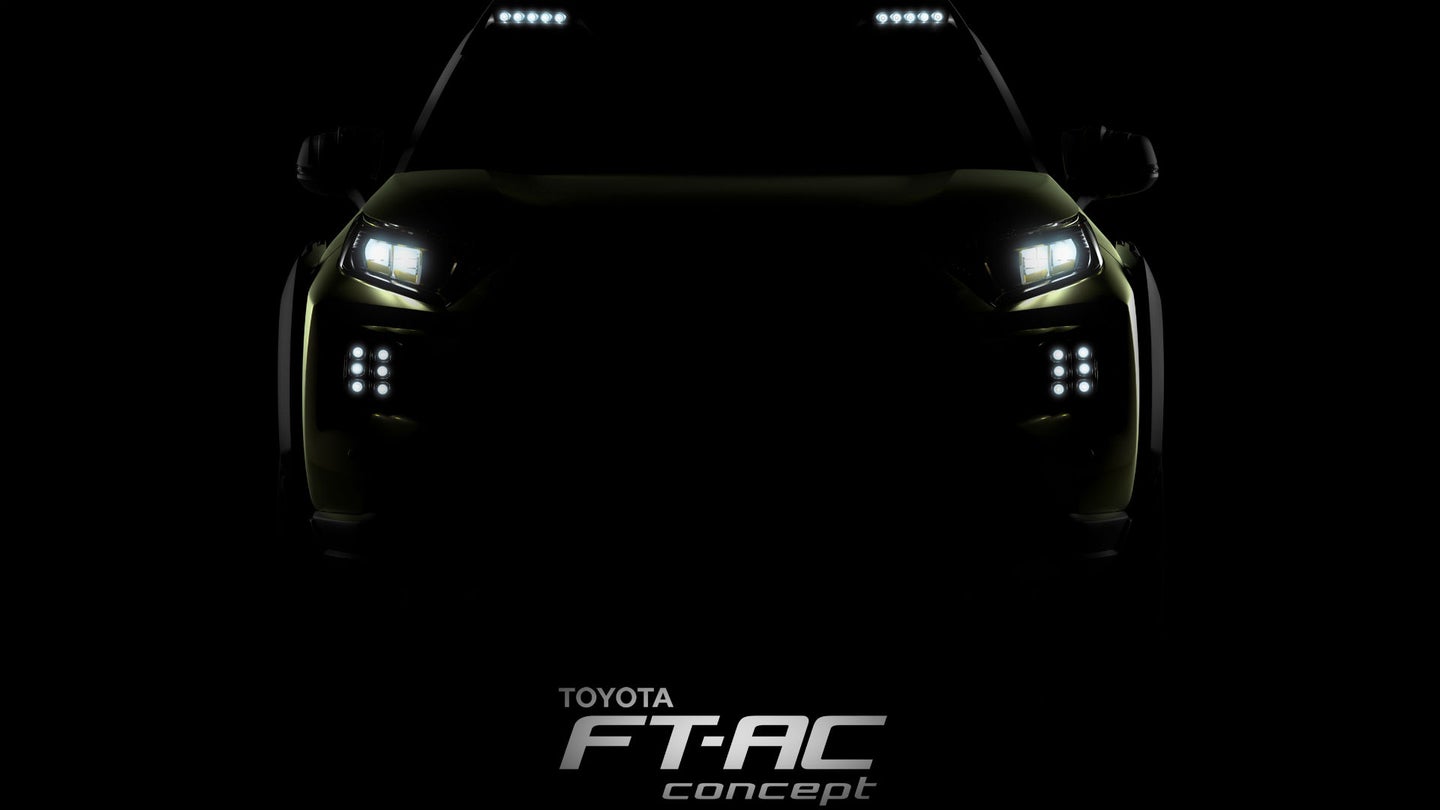 Ahead of the Los Angeles Auto Show, Toyota teased a new concept vehicle called the FT-AC, or Future Toyota Adventure Concept. The only information available is a teaser picture with the name of the car and the phrase "All the ingredients for your next adventure." What the heck is it?

This concept looks suspiciously like the FT-4X, Toyota's funky new 4x4 unveiled at the New York Auto Show that was built as a throwback to the recently-deceased FJ Cruiser. It could just be a newer variant of the FT-4X, but the vaguer name and different headlights say differently.The "adventure" part of the concept's name hints that this may be Toyota's new hardcore off-roader, while the FT-4X will take the role of an urban compact crossover–—if it reaches production that is.

Urban adventure SUVs are becoming quite common though, with all-terrain-capable 4x4s present in almost every brand's lineup. Ever since the death of the FJ Cruiser, Toyota has lacked a true "soft-roader" like the Jeep Renegade in its model range. Toyota's C-HR compact crossover doesn't even come close to filling the void, thanks to its incapable front-wheel drive.

Toyota's upcoming joint plant with Mazda is a sign that this concept may come to fruition. The assembly plant is set to start chugging out cars in 2021 and produce more than 300,000 vehicles annually.

This is all speculation, of course, so you'll just have to tune in to Toyota's livestream November 30 at 9:00 a.m. PST to find out.