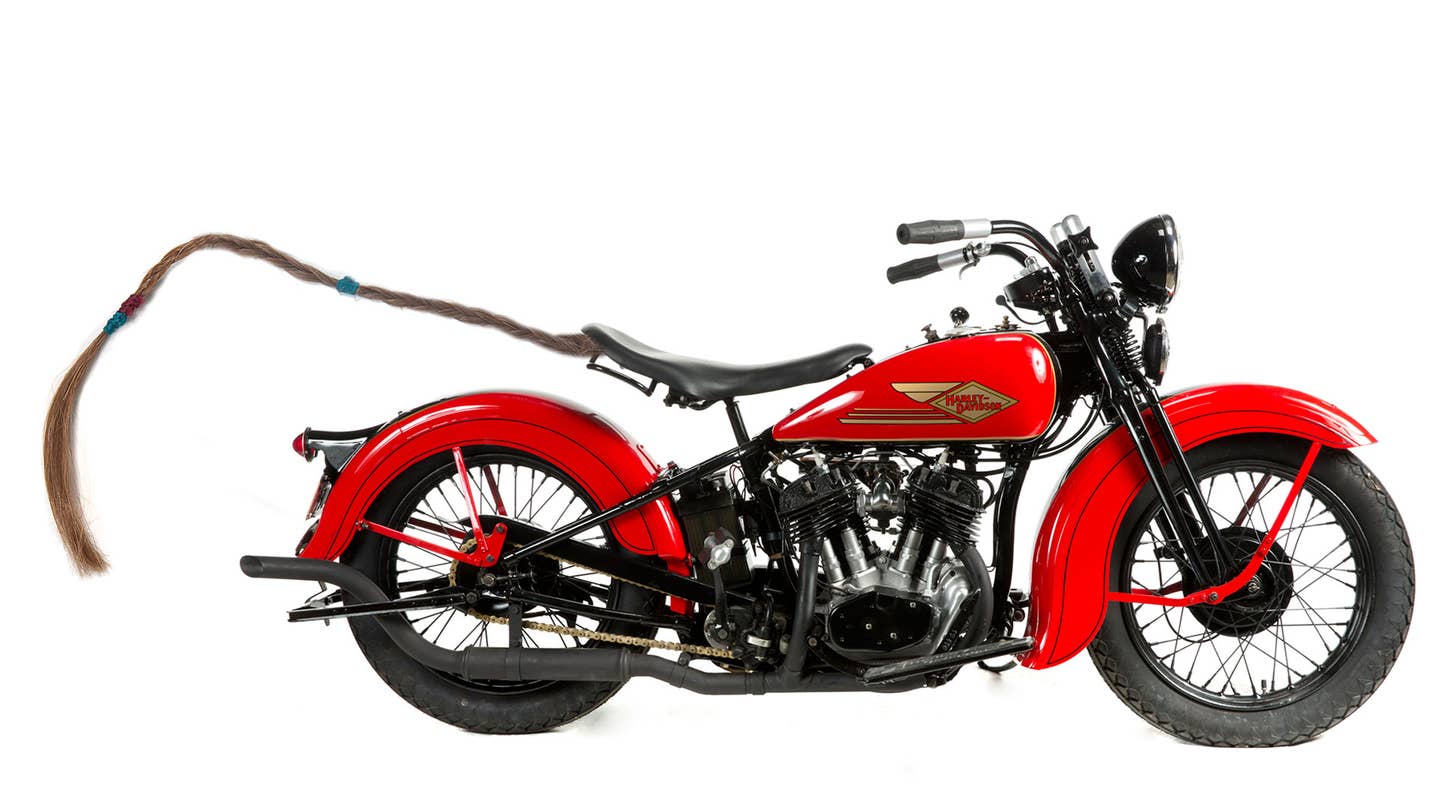 It’s possible nothing is too insignificant—or repugnant—to be considered celebrity memorabilia. Marlon Brando’s socks? They sold for $256. Dom DeLuise’s duck decoys? $128. Michael Jackson’s Atari 7800 ProSystem? $896. Marilyn Monroe's diningroom table? $12,500. If it’s been associated with someone you’ve heard of, there’s a buyer. Which is why Julien’s 2015 Icons & Idols auction tomorrow night has just taken every piece of pop culture it can find from the last 50 years, thrown them in a Blendtec and poured out the result into an ice-cube tray of auction lots.

With 561 items consigned, two of three lots from Steve McQueen headline. One is his racing jackets, the other a 1934 Harley-Davidson Solo that came out of his estate 30 years ago. The bike is lot 379. Naturally, lot 380 is a pink fringed costume worn by Cindy Brady’s Susan Olsen on the cover of It's A Sunshine Day: Best of The Brady Bunch. Lot 377 is a pair of shoe molds for McQueen’s feet and lot 376 is a faux-fur over-the-shoulder leopard print leotard worn by an actor and strongman named Joe Bonomo who died 37 years ago.

All of those pale in comparison to lots 461 and 262, Joan Collins’ leotard and Hayden Christensen’s hair. Joan wore the rainbow leotard with puffy sleeves on television in 1984, and presumably it’s never been washed, so that’s one fetish accounted for. The hair is a fake rat tail attached to Anakin Skywalker in Star Wars Episode Ocho: Clones, Clones, Clones!, worn in the scene where his attempt at making Thanksgiving dinner for the crew of the Millennium Falcon goes humorously awry. Oh Threepio, you scamp.

Back in 2002, John Phillips at Car and Driver famously listed things he needed as much as the Cadillac Escalade EXT, including iguana-skin patio furniture, mint-flavored Drano and chrome slacks. Someone in the world needs Joan Collins’ Leotard and Hayden Christensen’s Fake Hair exactly as much. Leave the bike for us.