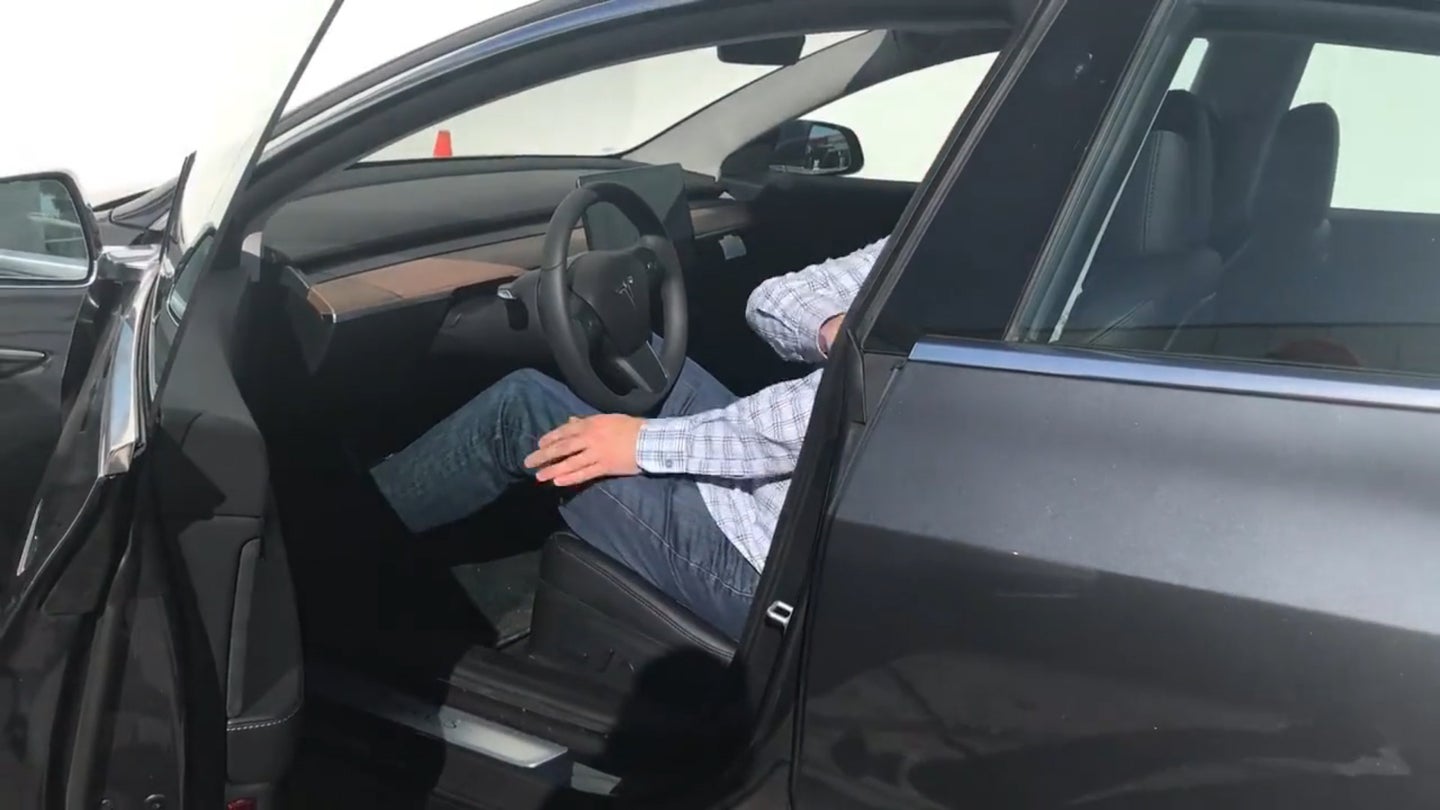 Earlier this month, the first production Model 3 rolled off Tesla's assembly line. Since then, everybody has been trying to get more details about what made it to the production model, and some have been lucky enough to take photos and videos of the few that have been parked at the factory so far. But this video give a much closer, unattended look at the latest in the Tesla lineup.

It appears that someone left the third production Tesla Model 3 by itself just long enough for Tesla enthusiast Tudor Melville to sneak by and take a video. After confirming that this is a production Model 3 by taking a look at its VIN, which is stamped "000003". The vehicle was later driven by Doug Field, VP of Engineering at Tesla.

First, Melville shows off the interior of the Model 3. Based on limited videos of the interior of the pre-production units, we can spot very limited differences between the two. Though the video isn't very clear, the most notable is the center console, which appears to be much more refined and have a storage pouch. The cup-holders have undergone joining and it seems that the 15" display panel in the center of the console has moved upwards a few inches, though this is just speculation and no measurements were taken in pre-production or have been made available for actual production units.

He also shows off a few exterior bits, including the unique shaved appearance of door handles and the wheels of the car, which seem to have mixed opinions. Several cameras are also placed along the outside of the vehicle, one rear-facing in each fender, and one in each B-pillar. This is synonymous to the enhanced autopilot option made available on the Model S, indicating that it will at minimum be an option for the Model 3. A fully self-driving Model S has eight cameras, so this does not make it clear if the Model 3 will have the option to be completely autonomous in the future, or if it will be able to suffice on four cameras instead of eight. The possibility also exists that not all cameras were seen in the video, so take that with a grain of salt.

As more and more Model 3s begin to roll out of the factory, it won't be long before they start to make their way on the roads near you. Tesla CEO Elon Musk indicated that he wished to scale production to 20,000 units per month by December, so hopefully by then we'll have a much better idea of what technology these cars are shipping with.