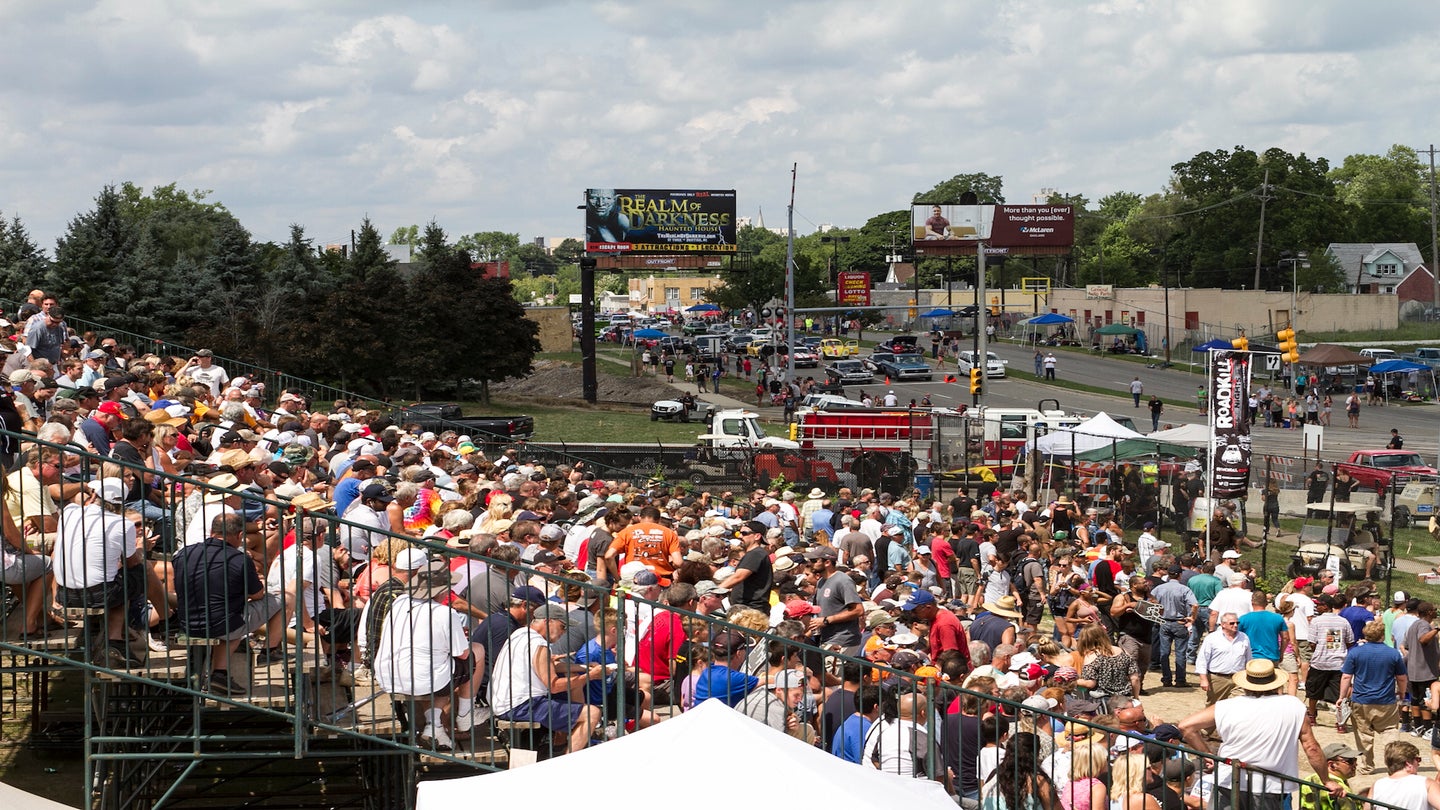 The 840-horsepower Dodge SRT Demon launched earlier in 2017 and with it, Dodge's obsession with drag racing relaunched as well. To celebrate, Dodge wants to put the street-legal drag monster right to work at its Roadkill Nights event in August.

Dodge has announced that "Roadkill Nights" is returning this year with even more vehicular mayhem. In 2016, the drag racing experience attracted more than 30,000 fans to Pontiac, Michigan and Roadkill promises it will be even bigger this year. The festival will take place at the M1 Concourse track, and Dodge has dedicated sections of Woodward Avenue for use as a temporary drag strip. Attendees can register their vehicles for the races or watch from the sidelines as two power-hungry cars go head to head for the best time.

This celebration of quarter-mile times and burning rubber is 12 hours of pure enthusiast fun. Anyone can attend the races or come meet their favorite members of Roadkill.

If participating isn't your thing, Dodge has included an arsenal of other activities for everyone to enjoy. Dodge Thrill Rides will let attendees ride shotgun in a 2017 Viper or Challenger Hellcat as it races down the strip. Fans can also virtually drive a Dodge Demon in a high-tech racing simulator and then see the real thing in person as it takes part in some of the races. If that isn't your speed, the festival will feature stunt shows, live music, dyno-runs, obstacle courses, and lots of food. Professional NHRA drivers Matt Hagan and Leah Pritchett will duke it out with Roadkill's own Mike Finnegan and David Freiburger in a celebrity race along with other car stars attending the event.