It's been a couple of weeks since our Smyth Performance Ute kit for our 2003 VW Jetta arrived. We put the project on hold until the local Ford dealer diagnosed my wife's Flex after its mechanical issues at the Oppo Rally, just in case she needed to drive it if the Flex repairs and her rental Focus weren't going to be covered under warranty. But they will be, so I got the go-ahead to begin the project. That means basically dismantling the car from the B-pillar back. So I backed the Jetta into the garage, opened it up, and got started.

Removing the back seat was different than other cars I'd owned. But one great aspect of the Mk4 Jetta is that it is quite popular and extremely common. This means it's well documented on the internet. A few minutes of searching showed me the tabs I needed to flip at the base of each part of the seat back to remove them. They're surprisingly heavy, especially the passenger side. The seat bottoms came out with no tools at all.

I have Torx sockets, but not the triple square Torx sockets I apparently need to remove the back doors, so that will wait for another day. The trunk lid, fortunately, was attached by four standard bolts. I removed and labeled the wiring, removed three bolts, and rounded off the head of the fourth. This would be a major problem if I was reinstalling the trunk lid. But since I'm not, I broke out the Dremel and cut the bolt off. I'll be cutting this entire section of the car away later, so who cares?

Once that was off, I removed the trunk floor and interior trim. I was unaware until I removed it that there was a 12-volt outlet in the trunk. It's a pretty common feature in today's cars, but not in 2003 when this car was made. I won't need a power outlet in the ute bed, but I may repurpose this circuit to power my ham radio instead. I also removed and set aside the license plate lights from the trunk lid, which I will reuse and install in the fiberglass roll pan where the plate will go. For now, I tossed the plate on top of the dashboard for safe keeping.

I only worked a few hours before the heat and humidity got to me, and I retreated to my air conditioned living room to cool off and rehydrate. But it was still a productive work session, and I have a new pile of Jetta parts to prove it.

The next step will be to continue removing body panels—specifically the back doors and bumper—and anything else that I can get out of the way before cutting the car. The Monsoon amplifier will have to move, and I'll move the remaining wiring out of harm's way. Once that's done, it's time to measure three times and cut twice. There's no going back at that point. 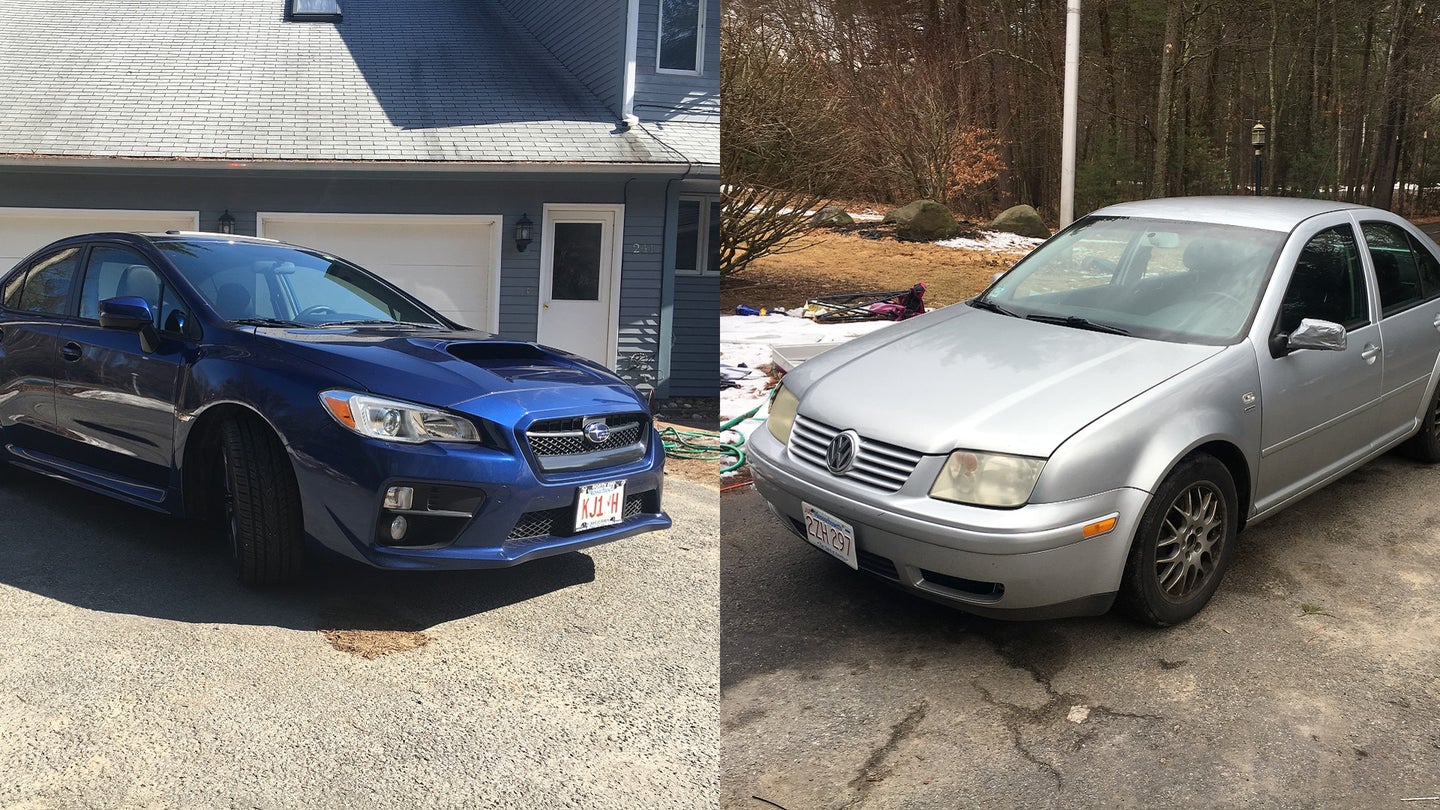 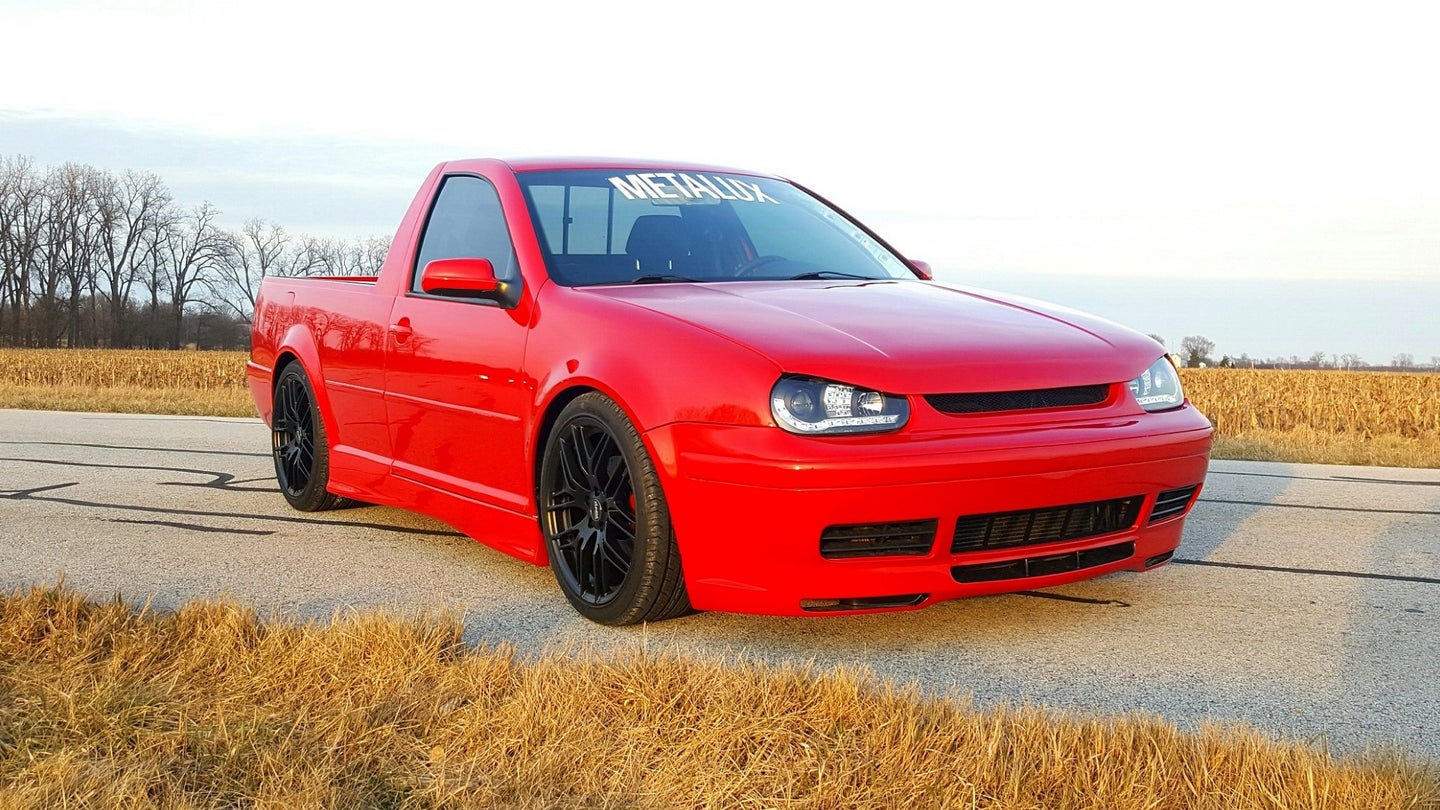 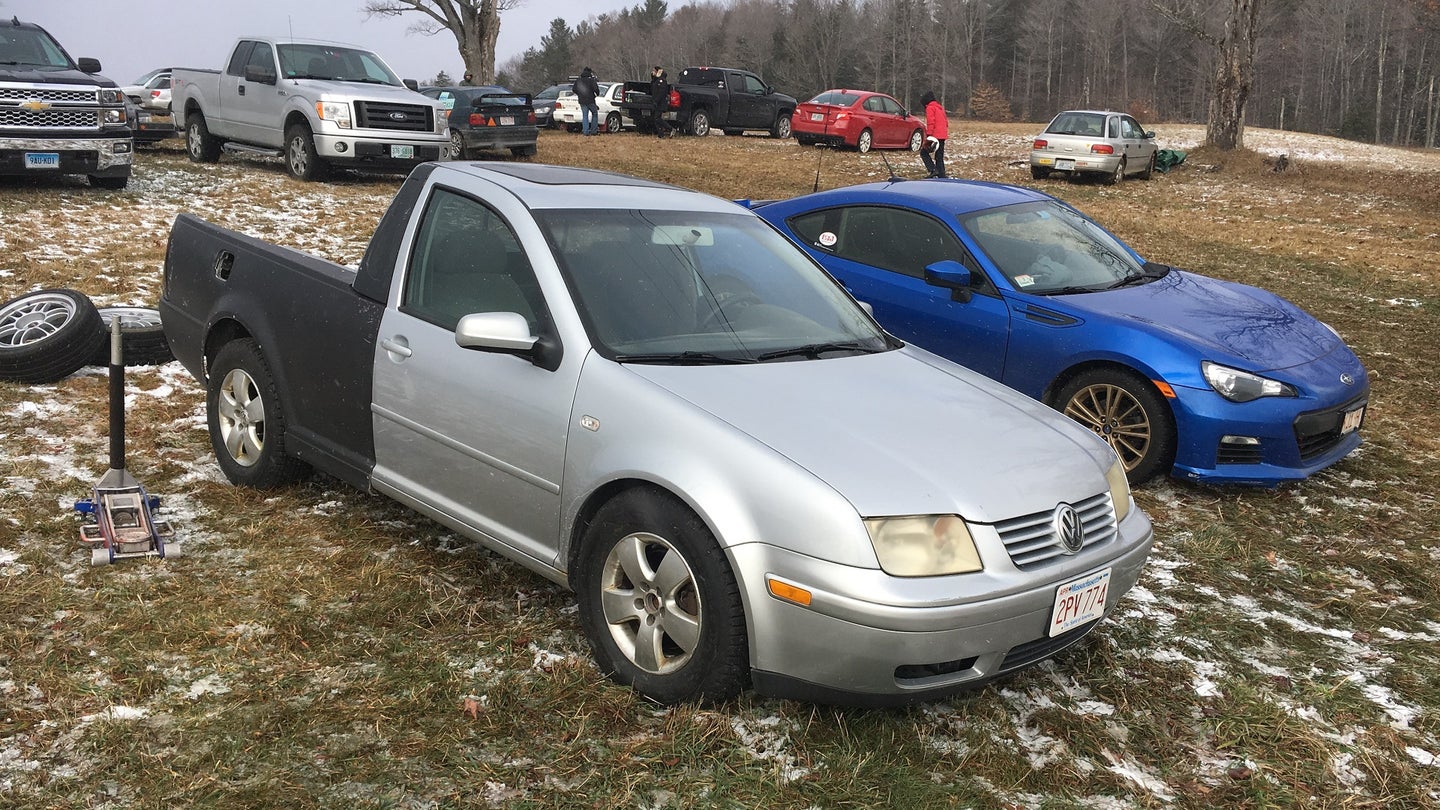 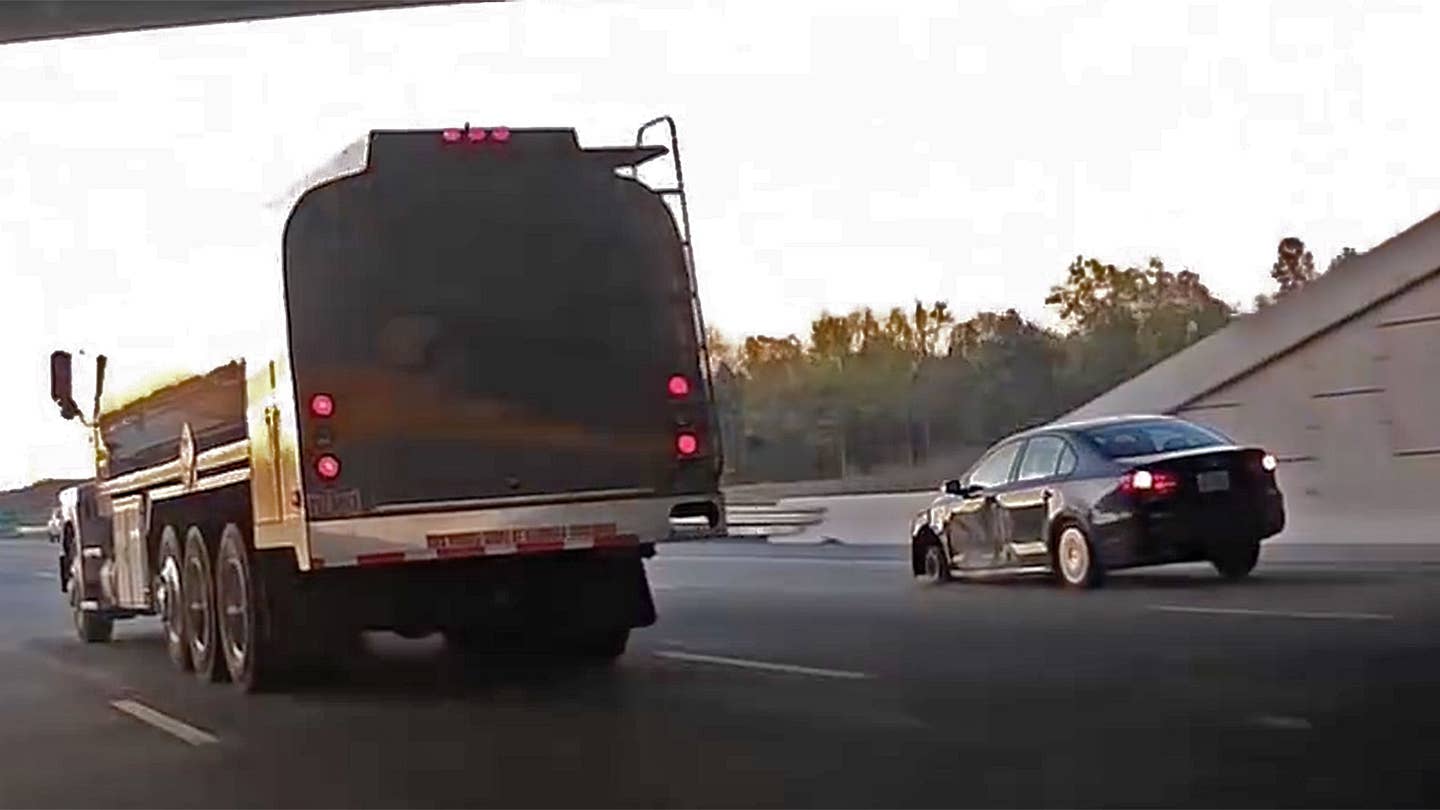