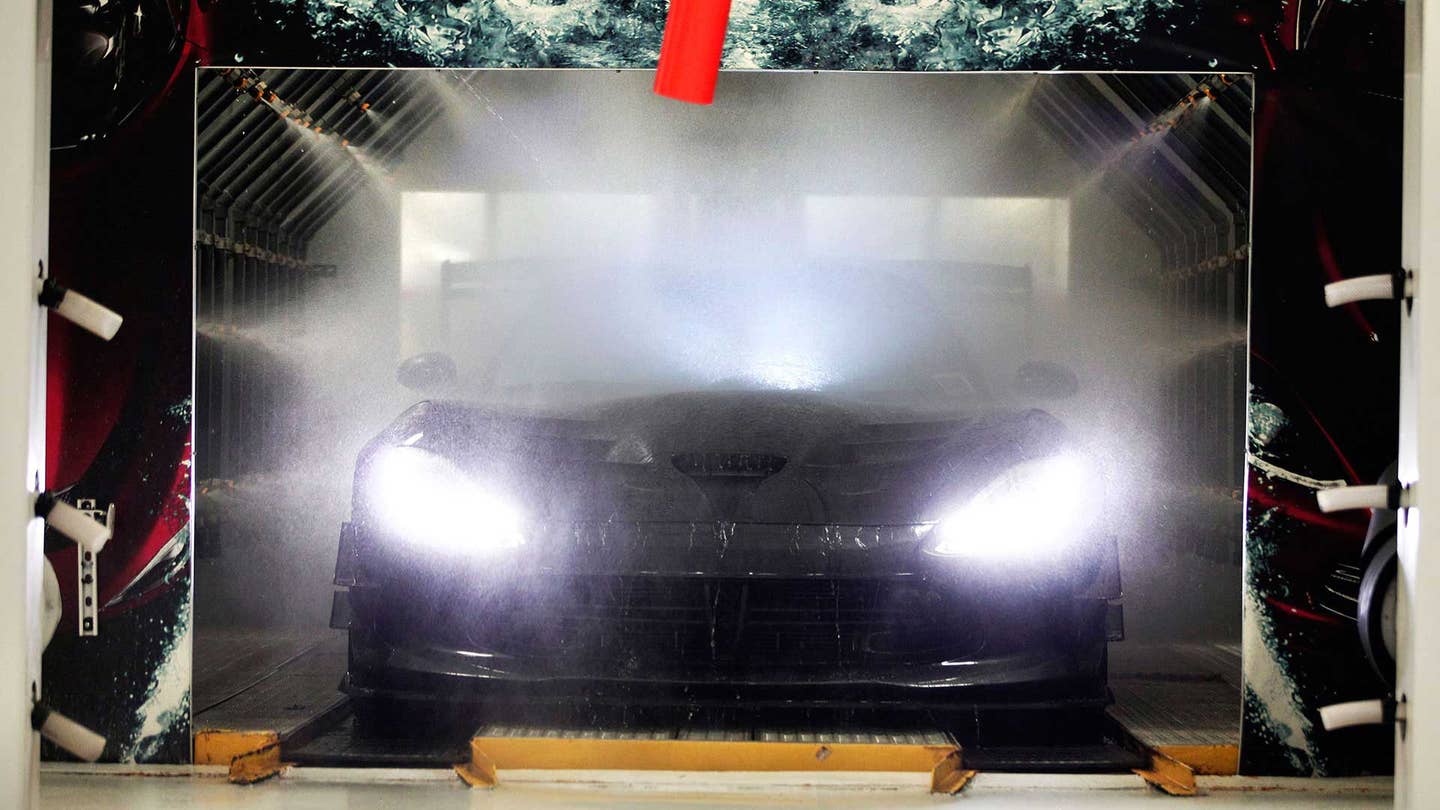 There it was, page seven of a United Auto Workers report, plans for the Conner Assembly Plant under the union's new Fiat-Chrysler contract: “No future product has yet been identified beyond the product life cycle.”

And with that, the Internet went wild. The Dodge Viper, it said, will not be in production past 2017. But is it true?

There are roughly 64 people building the Dodge Viper, mostly by hand, in a small 400,000-square-foot Detroit facility, the Conner Assembly Plant. (Which, as Detroit Free Press so eloquently puts it, is  “tucked behind an extended-stay hospital.”) The plant was idled last year for several months. And it went dormant in 2010 when Chrysler killed the Viper, restarting production on the third-generation car in 2012. Did the lull really make a difference?

A total of 49 Vipers went off the lot this September. That’s a pace of 750 annual sales—half of what Chrysler thought it would sell—still nowhere to be seen next to Corvettes, 911s and other hellacious sports cars. (Hellcats are outselling Vipers by the thousands). And last year, if you remember, Chrysler dropped the price by $15,000 to make the car more attractive. That hasn’t helped. Neither has the 2015 Corvette Z06.

Hopefully, there’s little reason to panic. Ford is also in negotiations with the UAW while one of its plants hangs in similar jeopardy, at least on paper. The Michigan Assembly Plant, which builds decidedly less exotic Focus and C-Max models, could either: A.) Close by 2018, B.) accept new production, like the Ranger pickup, or, C.) remain the same. The 4,500 workers on that production line don’t yet know their fate. It could easily be a similar situation over in the Dodge division.

The Viper isn’t exactly a profit pillar, especially after the price-drop. That said, the company did just launch a new custom-order program for the car, and developed the track-weaponized, max-winged ACR model. Perhaps they just haven’t gotten around to informing the UAW about the midcycle refresh. Seriously.

Fiat Chrysler Automobiles' official line is, not surprisingly, official-sounding: "We have nothing to add to the speculation."

We love the Viper and all it represents. “Maximum” Bob Lutz—the cigar-smoking, politics-be-damned master of all things old-school automotive—dreamed the thing up as a modern day Shelby Cobra, and pushed it on a shoestring budget back in 1989. The real car came out two years later. The Viper is still a halo car, one that top executives know they’d be foolish to kill a second time. We won’t know what’s going on until Chrysler explains itself. (We reached, but have yet to receive a response). Until then, let’s keep this brute humming on all 10 cylinders.