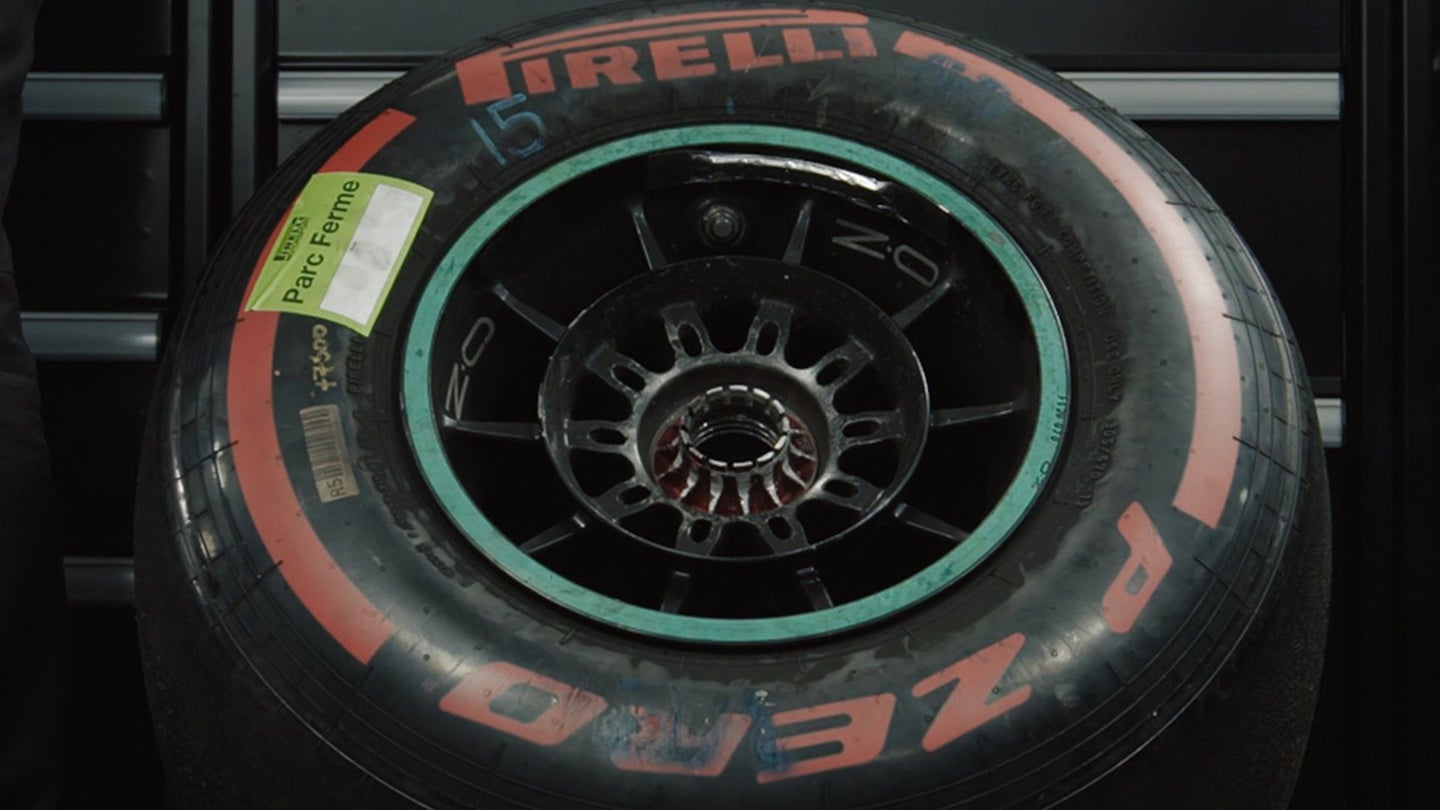 Formula 1 cars are sensitive machines, where even minor malfunctions—like the front wing catching a plastic bag—can ruin a race. It's rare, though, to see failure of a part as elementary as a lug nut, one of which on Valtteri Bottas's car failed Mercedes-AMG last Sunday in Monaco. After countless ugga-duggas, mechanics gave up on changing Bottas's tires, and wheeled the Finn into the garage, bringing his second-place run to an ignominious end. Unable to remove the nut on-site, Mercedes shipped its car back to the factory with a plan to cut the nut off, and after four days, it finally has the wheel free.

The team displayed the freed wheel on Twitter, where a photo showed the telltale marks of metal-on-metal abrasion. Having gotten everything apart, Mercedes was also able to diagnose what went awry, which it determined to have been a mechanic's impact gun going on at a slight angle.

Mercedes' Chief Strategist James Vowles explained to media that the mechanic's powerful wheel gun failed to properly grab on to the nut. Instead of rapidly hammering the nut off with thousands of foot-pounds of force as it should have, the gun tore its edges apart, leaving Mercedes with no hope of removing it during the race (let alone the pit stop).

"What happened is we came on slightly angled, so when the socket was now connected to the nut, it slightly angled relative to it," Vowles said. "And as a result of that, now instead of distributing the load across all of the nut, it was across a small section, and that tore the metal clean off, and in fact all of the metal was now removed from the nut. As a result of that, the nut was in place and we were unable to remove it."

Coupled with teammate Lewis Hamilton's unusually low finish in seventh, Mercedes took few enough points from Monaco that Red Bull Racing was able to leapfrog it in the constructors' championship by a single point. As failures go, it was a costly one, and one Mercedes will never want to repeat.

Listen to the Mercedes-AMG One Flex Its 1,000-HP F1 Powertrain at the Nurburgring

While impressive when running, the Formula 1-powered Merc also appears to suffer an engine failure on track.