“You’ve got eight minutes left,” says the announcer. “Do you care if you’re missing an axle?” 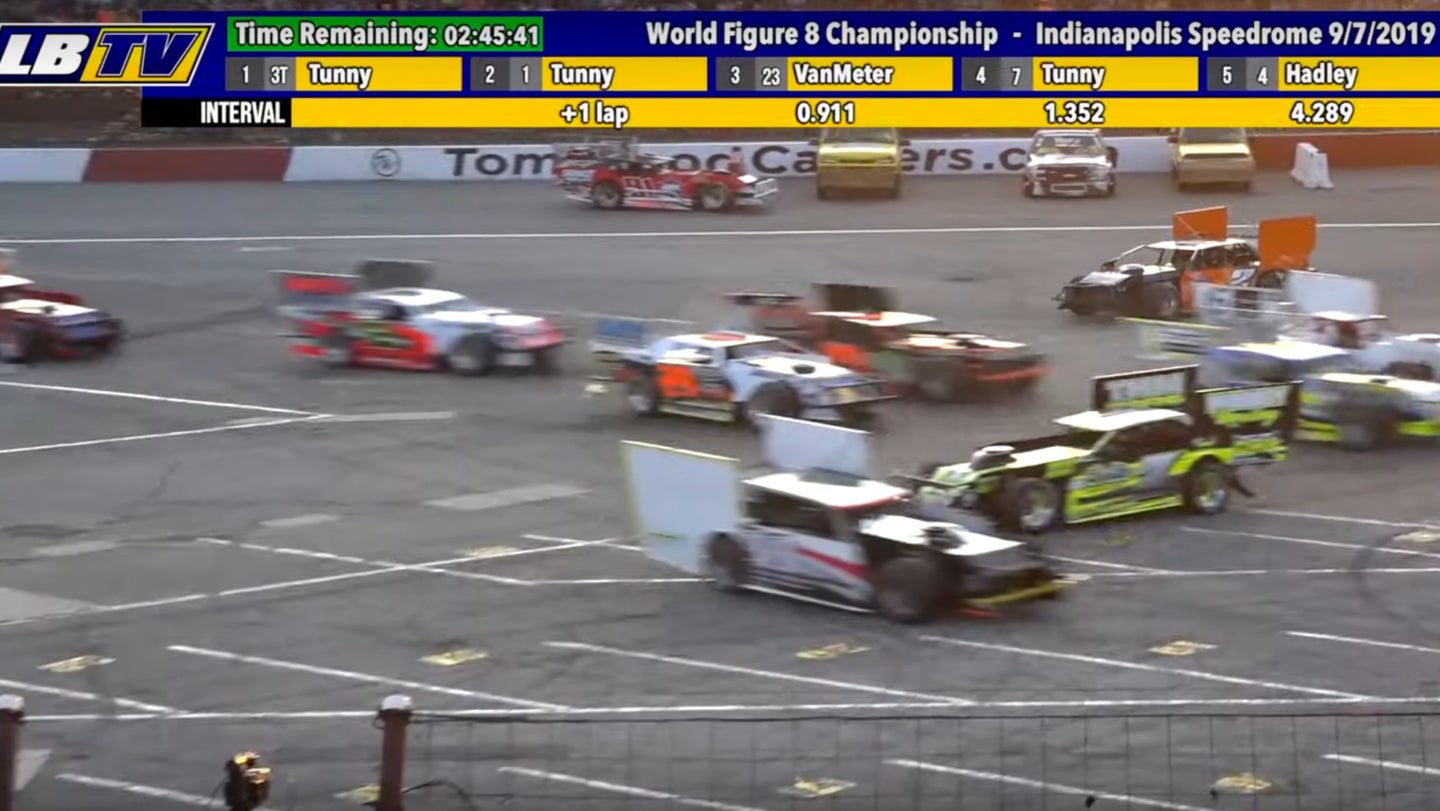 Most motorsports are set up to make collisions as unlikely as possible. Figure-eight racing is not, and that's why we love it. Many of us may know figure-eights as a staple of demolition derby nights, but there's actually a top-level version of it that uses purpose-built race cars that can make as much as 800 horsepower?

The World Figure 8 Championship takes place on the 1/5-mile Indianapolis Speedrome track, and as its name implies, the cars travel in a giant 8, having to cross traffic in the middle of the track.

You will not see crusher-ready examples of Motor Trend's

1997 Car of the Year here, nor will you see anything with chunks of cow pasture still attached from when it was parked. This is a world championship race, man! As such, the cars are hand-built out of strong tubing with engines that can make between 600 and 800 horsepower, per the Indianapolis Star. The designs may be based off of old Pontiac Firebirds and Chrevrolet Camaros, but the cars themselves can cost $40,000.

These cars can reach between 70 and 80 mph through the central intersection, which they have to navigate about a thousand times over the entirety of the race, according to the Indianapolis Star. Or, as one of the announcers puts it: "Where do these guys find big enough seats to hold their pair?"

It's less crashy than you'd expect, given that endurance—not destruction—is the point here. Drivers really do try to save their machines and have to decide in a split-second whether to go through the intersection or wait. That being said, the track is only a fifth of a mile long. The cars are going to touch.

You can watch this year's World Figure 8 Championships on speedrome.tv,

A Rookie at 24 Hours of Lemons: Finding Fulfillment, Community, and Satan in My First Endurance Race

Racing a $500 Cadillac with a huge fake poop on the roof for 24 hours straight will teach you many things—almost none of it about driving.