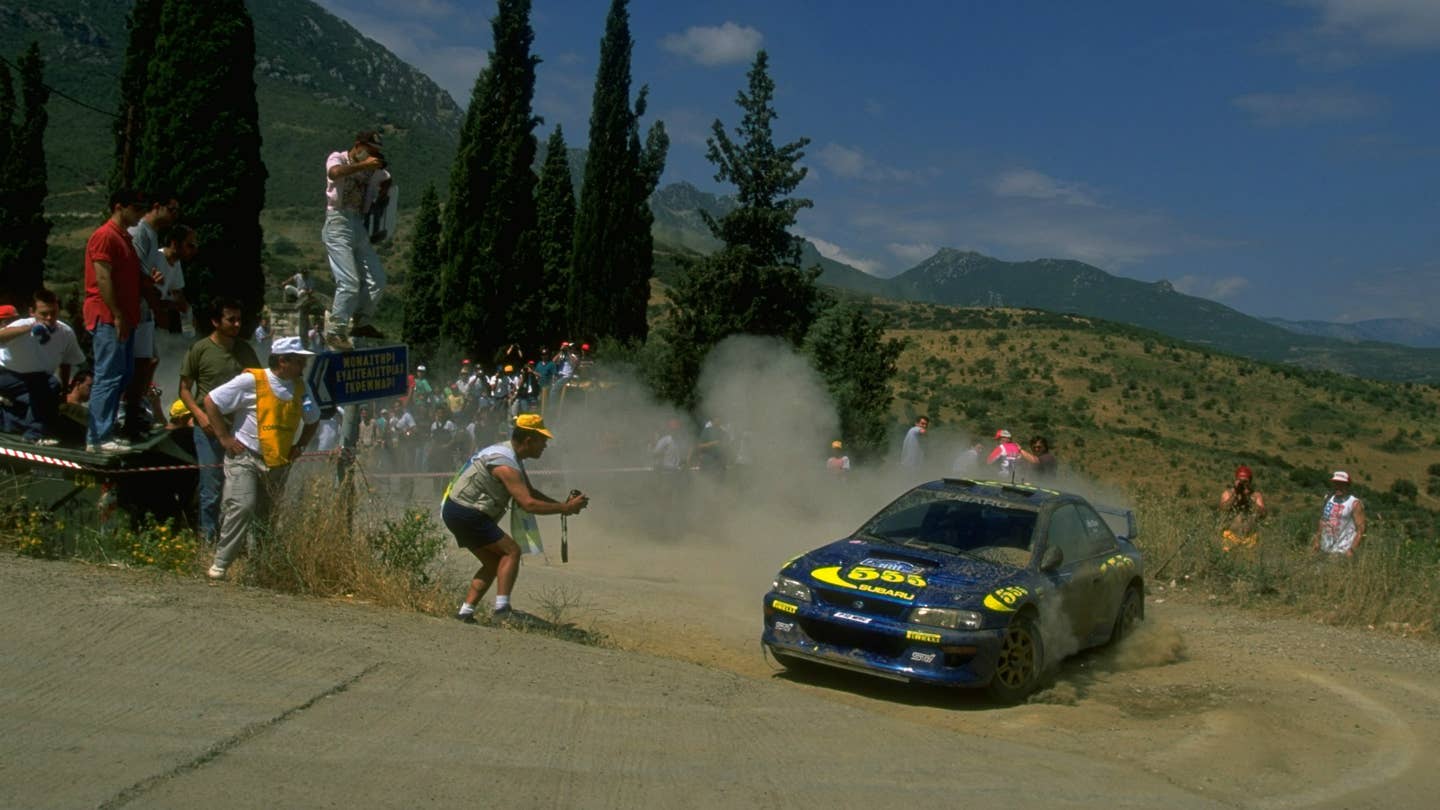 There are plenty of reasons to buy an old Subaru Impreza. All-wheel drive, manual gearbox, a chassis that’s ripe for modification. There are even more reasons to buy a Prodive Subaru Impreza, namely that it’s a race-ready World Rally Championship homologation icon, the posterchild for stage rallying’s resurgence during the Nineties. And, if you’re going to buy a Prodive Impreza, you should definitely buy this one, because it’s Colin McRae’s old racecar.

Listed for sale through Mohr Klassik in Böblingen, Germany, chassis No. 003 was McRae’s ride for the Rally Mone Carlo in 1997. It has all the WRC goods. Custom seam-welded monocoque, carbon kevlar body panels, turbo flat-four engine and six-speed semi-automatic racing gearbox built to endure abuses typically reserved for bondage dungeons. It’s a rare car—exceptionally rare, insofar as McRae neither crashed it, nor put it on the top step of the podium, which were generally the only two outcomes whenever he strapped for a race. Chassis No. 003 is blue and gold and wears 555 livery, as the motorsport gods intended. Did I mention it’s street legal?

So yeah, you should totally buy this old Subaru Impreza. Take it to a vintage rally, and drive it to a podium or leave it upside down and on fire in a ditch trying. That’s how Colin McRae would’ve wanted it.