NASCAR: Obaika Racing Withdraws From Daytona 500 Due to Lack of Funding

The new team pulling out leaves a rookie without a car to drive in the 2019 NASCAR season opener. 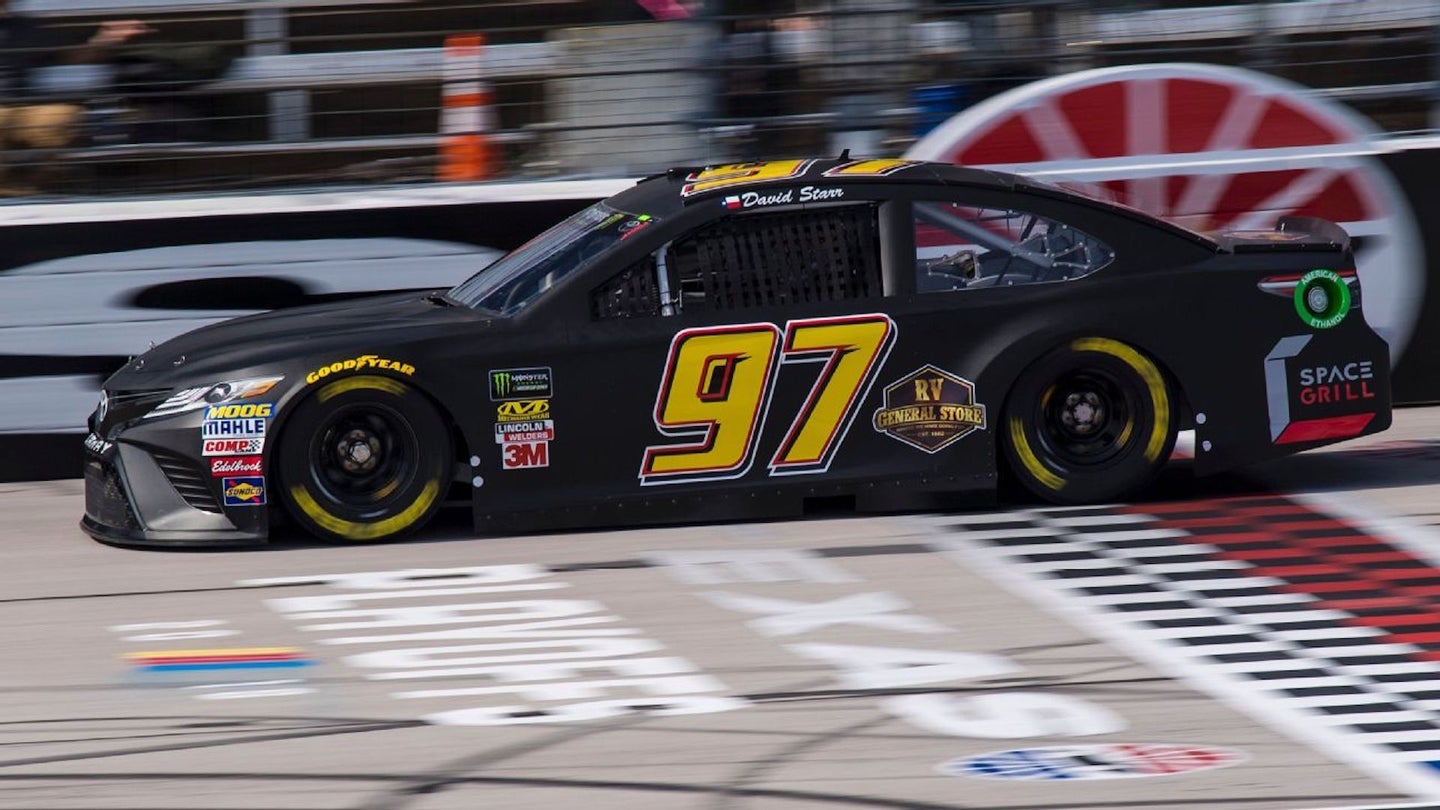 New Monster Energy NASCAR Cup Series team Obaika Racing has pulled its No. 97 entry from the Feb. 17 Daytona 500, the official 2019 season opener. The withdrawal has left Cup Series Rookie of the Year candidate Tanner Berryhill without a car to drive in the race.

“It is no secret that this is a very small team with limited resources,” a statement from the race team read. “This is also a very new team to the Monster Energy NASCAR Cup Series. The No. 97 team has worked very hard through the winter to prepare cars and to secure funding for the 2019 season, and things did not come together as quickly as hoped or needed. The odds of making the Daytona 500 did not seem reasonable enough to stretch our resources, so the team feels that our assets can best be put towards a future race.”

The withdrawal announcement came Friday, just two days after Obaika Racing announced its sponsorship deal with Wave Sports and unveiled its car in an event at the NASCAR Hall of Fame in Charlotte, North Carolina.

“Adding Wave Sports as a year-long partner was a huge boost to our program, and they will be a very important part of our future efforts,” the team’s statement on Friday read. “We continued with the Wednesday, Feb. 6, press conference at the NASCAR Hall of Fame with great optimism about our program coming together in time to make it to Daytona International Speedway. Even though that did not work out, we are still very thankful to Wave Sports for continuing their support. The team still has big plans for the 2019 Monster Energy NASCAR Cup Series season. We will compete in as many events as possible, and we will announce our 2019 debut race as soon as possible.”

After Obaika Racing competed in three Cup Series races late in the 2018 season, the last two of those with Berryhill as driver, the team announced during the offseason plans to run the complete 2019 schedule, also with Berryhill.

Berryhill’s two races with Obaika Racing last season have been his only Cup Series appearances to date. He posted a best finish of 31st in his debut at ISM Raceway.