2018 Dakar winner Carlos Sainz Sr. appears to have the freedom to pick his ride for the 2019 Dakar. 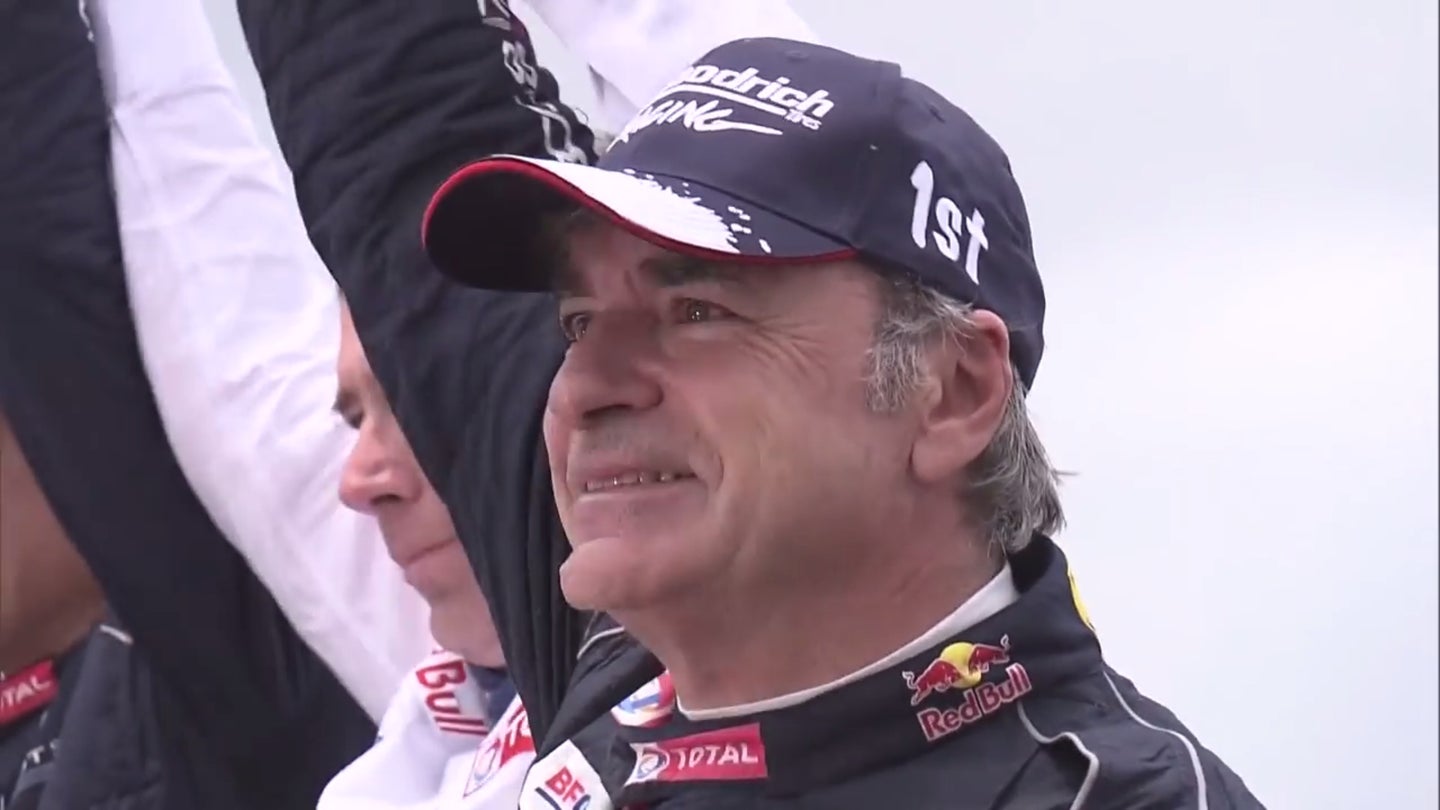 Motorsport reports that Carlos Sainz Sr. is in talks with both the Toyota and X-raid Mini teams about returning to the Dakar to attempt a repeat in 2019. Sainz Sr. tested both Toyota Gazoo Racing's Hilux 4x4 and X-raid's Mini John Cooper Works buggy in Morocco his past spring. Motorsport claims that both teams are impressed with the 2018 Dakar winner and the decision is completely up to him.

"Sainz was testing the Hilux in Morocco and the test was really positive. We keep talking and negotiating with him every week and we are waiting for a decision," a Toyota spokesperson told Motorsport. Motorsport attempted to get comment from the X-raid crew, but they claim that X-raid team boss Sven Quandt declined to comment on the potential of Sainz Sr. joining the X-raid team.

The 2018 Dakar Sainz Sr. won took place throughout the South American contries of Peru, Bolivia, and Argentina, but you may remember The Drive broke news last month that the 2019 Dakar would exclusively take place in Peru, starting and finishing in the capital city of Lima.

Dakar 2019 Will Be Held Exclusively in Peru

This year’s event was held in Peru, Bolivia, and Argentina, but the 2019 Dakar will be contested solely in Peru.