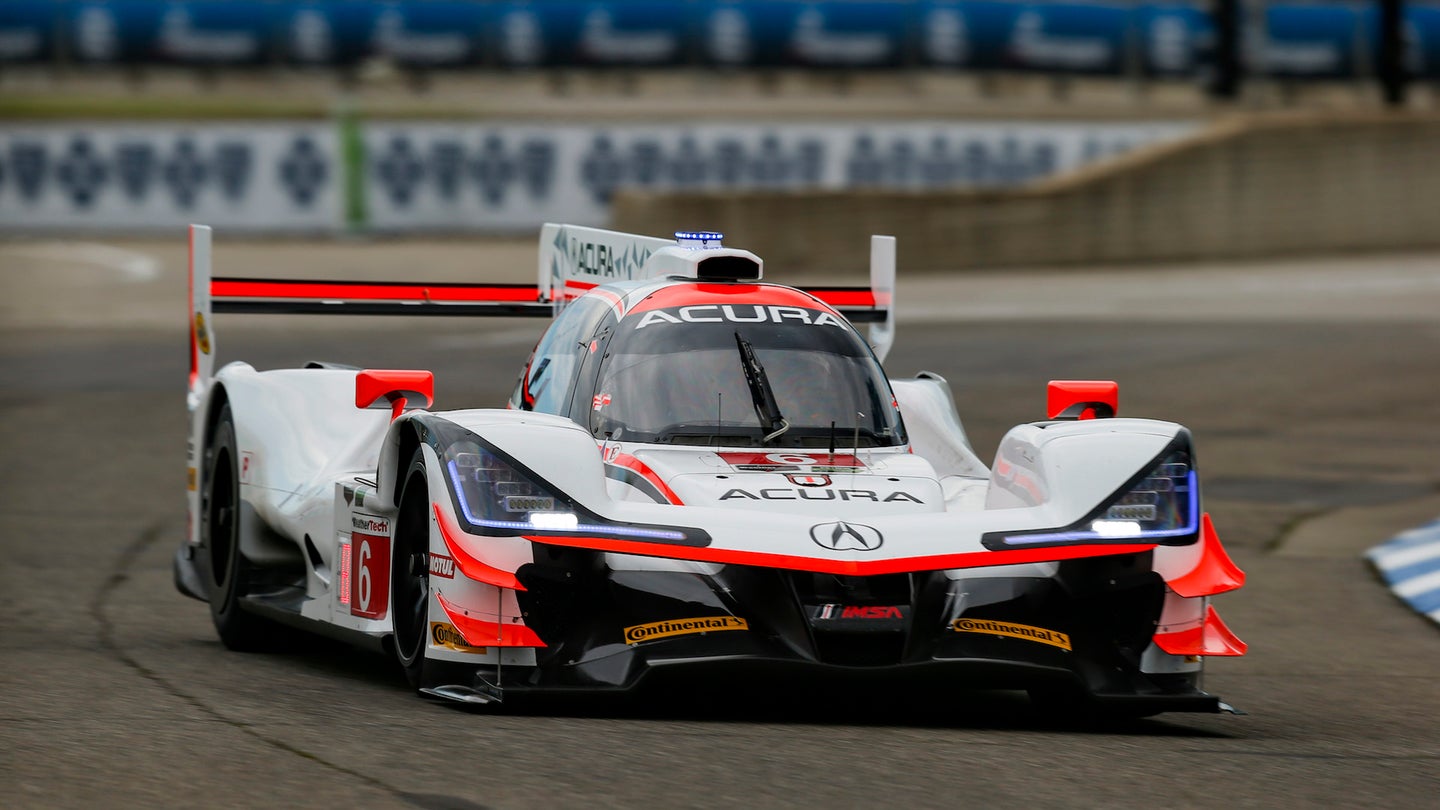 A total of four Acura entries will race at Saturday's IMSA WeatherTech SportsCar Championship Detroit Grand Prix, and two of them, albeit in different classes, will start from the front row come race day.

Two-time Indy 500 Winner Juan Pablo Montoya recorded the second-fastest lap of the day during Friday's qualifying session at the Belle Isle street circuit in the Motor City. The No. 6 Acura ARX-05 will start directly behind the Ligier JSP217 Nissan of Pipo Derani and Johannes von Overbeek, whose lap was .5 seconds faster.

Montoya, who chose not to participate at this year's Indy 500, will share his Acura Team Penske prototype-style race car with Dane Cameron during the 100-minute timed race. Together, Montoya and Cameron have built a reputation for flawless qualifying performances with a pole position at Long Beach and a front-row start at Mid-Ohio in April.

"I'm very disappointed with second," said Montoya. "I think we had the car to be on pole. But I was trying too hard to get all of [the speed] out of the car. I made too many mistakes on both of my fastest laps. It's a shame, because our pace was unbelievably good, I just didn't do a good enough job with it."

The second Acura Team Penske car will be driven by three-time Indy 500 winner Helio Castroneves and American Ricky Taylor, who narrowly missed the front row but will start in second place behind their teammates. The Cadillac DPi VR of Joao Barbosa and Filipe Albuquerque will start behind the second Acura in fourth place, and will most likely have a front-row seat to whatever clever pit strategy Penske orchestrates in order to steal the win.

In the GTD category, it was Katherine Legge piloting the Acura NSX GT3 of Meyer Shank Racing to another second-place start at Belle Isle. The British female racer will kick things off tomorrow before handing the wheel over to Mario Farnbacher, who is currently scheduled to finish the race for the Shank organization.

"Second is a great spot to start, since we are second in the championship," said Legge. "I made a small mistake on my second flyer [qualifying lap], but I don't think that cost us anything. We won here last year from second, so I think we are in a good spot. I have my teammate, Mario [Farnbacher] with me who is doing an awesome job. We will see what tomorrow brings."

The sleek-looking crossover features an all-new, Acura-exclusive platform and a starting price of $37,300.