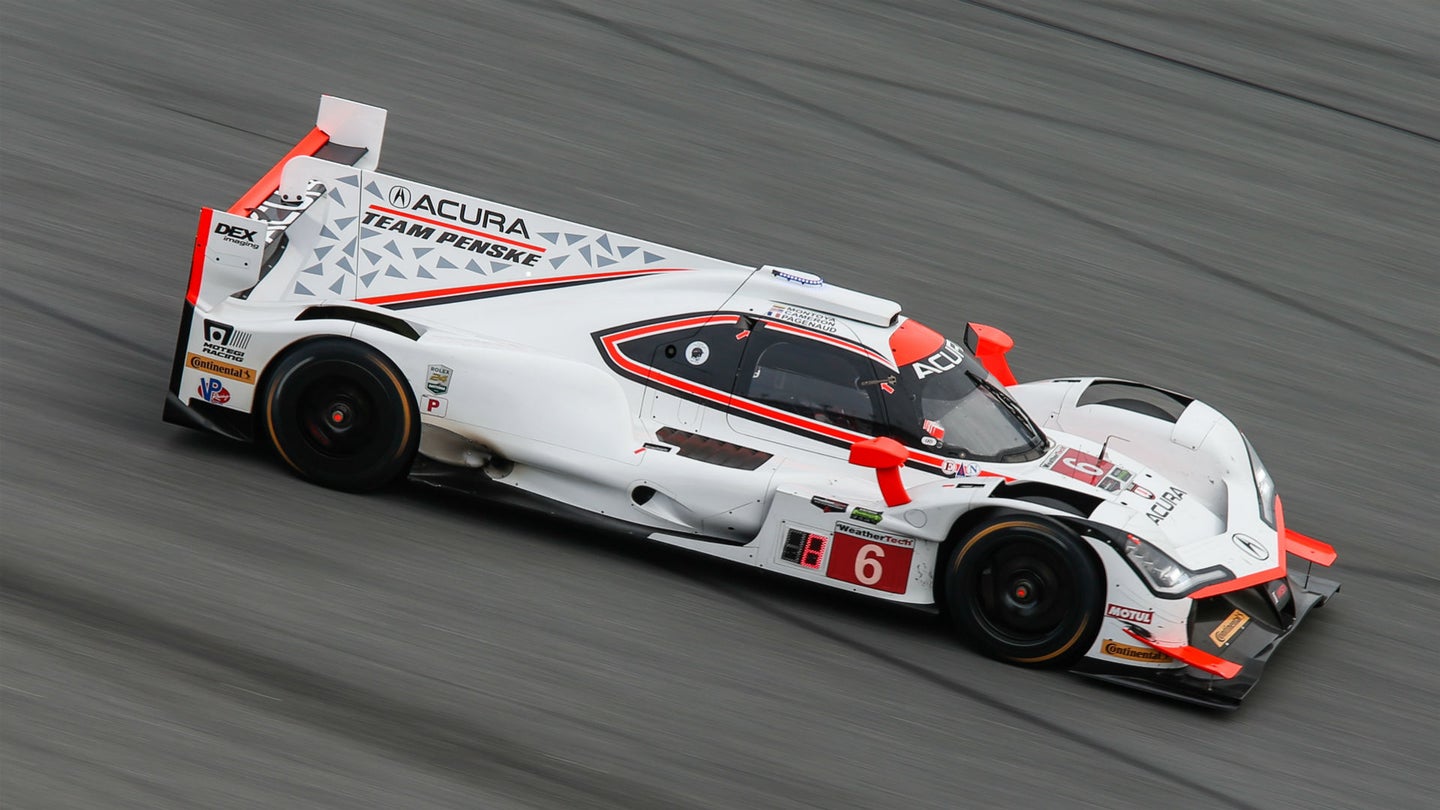 Acura Team Penske's Helio Castroneves narrowly edged out his teammate Dane Cameron to gain pole for this weekend's Acura Sports Car Challenge at Mid-Ohio. The two ARX-05 Prototypes flip-flopped for the majority of qualifying as Cameron held the lead until Castroneves' final lap where he made the decisive charge to mark the American outfit's second consecutive start from pole after April's IMSA competition at Long Beach.

Behind the pair of Penskes, Mazda Team Joest will start third and fourth as it swept the second row during Saturday's quali round. While it may not have been the best case scenario for the crew, it showed a heap of improvement after troubles early in the weekend. The No. 77 Mazda RT24-P driven by Oliver Jarvis and Tristan Nunez will line up ahead of the No. 55 of Jonathan Bomarito and Spencer Pigot, the latter of which is filling in for the usual Harry Tincknell as he fulfills his duties in the World Endurance Championship by competing at Spa this weekend.

“Man, Dane was on it,” Castroneves said after his pole-winning lap. “I knew he was going to be super-fast, and when they told me the number of the lap time that he did, and I passed him and then he did it again, and T.C. (Team Penske president Tim Cindric)—I’ve worked with T.C. in my radio for more than 10 or 15 years, and I knew exactly what he was asking for."

Helio continued, “I knew I had it. I just had to put it together. Every time I was going out there, the car was getting better, it was accepting it. It was a great team effort. Dane actually helped me to find out something that maybe wasn’t there, but we were able to put it together and it was awesome.”

In a bid to win what many consider to be the Hillard, Ohio-based crew's home race, the No. 24 BMW M8 GTE of Team Rahal Letterman Lanigan will start from pole position in the GT Le Mans category. Driver John Edwards was the one to place the car atop the field at the famed sports car course, marking his third career Mid-Ohio P1 qualifying effort and his second consecutive after the series last visited the track in 2013.

Edwards' fastest time of 1:17.853 was just enough to beat out Nick Tandy in the No. 911 Porsche RSR by 0.066 seconds. The gap between Tandy and the second Team RLL BMW was even narrower at 0.013 seconds as the No. 25 of Alexander Sims and Connor De Phillippi will start in third.

Porsche will complete the second row in the GTLM section of the grid with its No. 912 entry. Corvette Racing's No. 3 Chevrolet C7.R qualified fifth, followed by both Chip Ganassi Ford GTs. Finally, the Long Beach-winning duo of Oliver Gavin and Tommy Milner will start in eighth driving Corvette Racing's No. 4 car.

“I had a Facebook reminder this morning that it has been a year to the day since my last pole (COTA, 2017) so I guess I had a little extra motivation today to go out and do it," Edwards said at Saturday's end. "It was a very tight session and it is going to be a very tough fight tomorrow. With traffic, you never know what is going to happen so when we start catching up GTD cars and Prototype cars start catching us it’s going to throw a wrench into the works. With rain predicted towards the end of the race, nothing is a given but it is very nice to be starting out front.”

This is BMW Team RLL's second pole of the season, adding to its prior qualifying performance at February's Sebring contest.