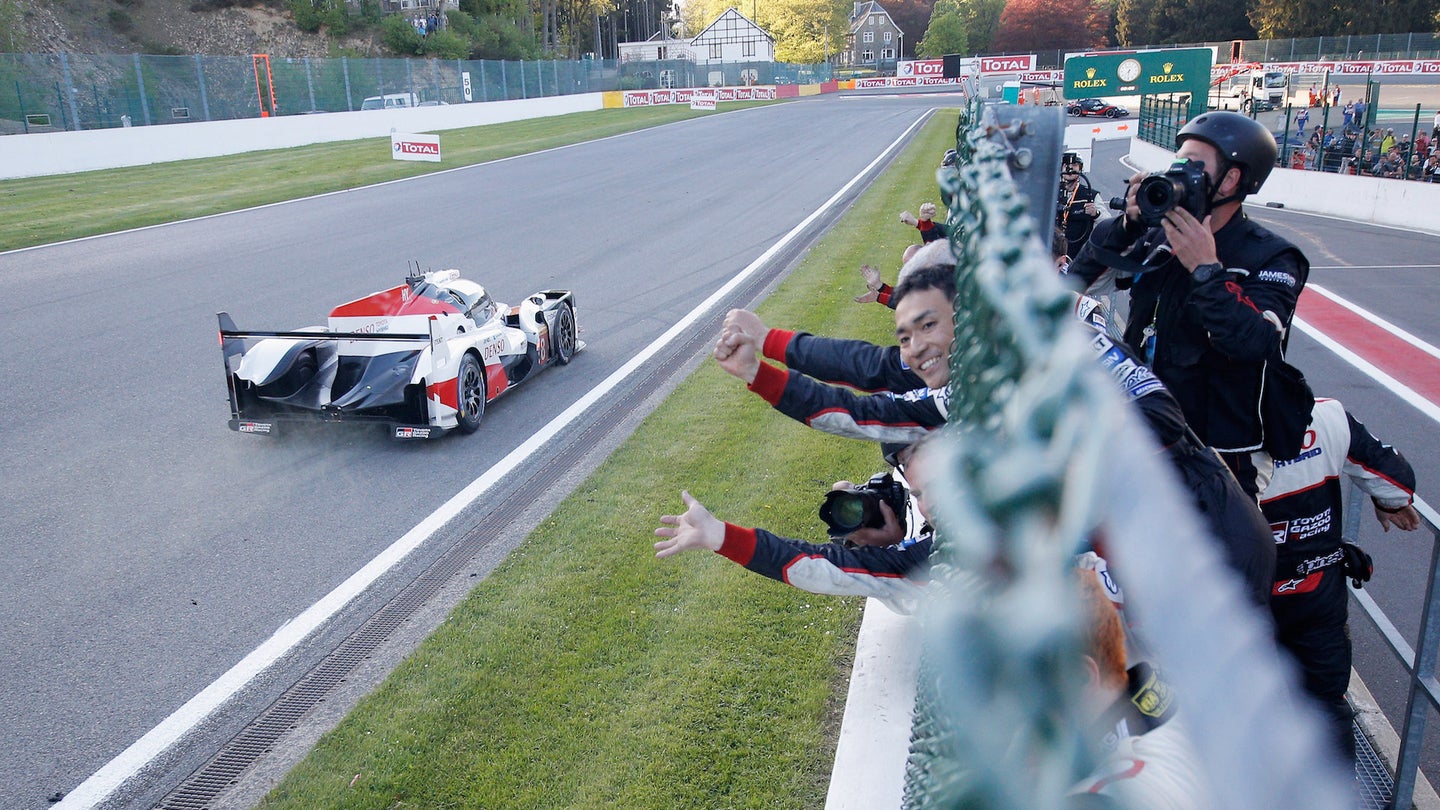 Fernando Alonso of Asturias, Spain is quickly on his way to becoming this generation's most successful racing driver by claiming his first victory at the wheel of a Toyota TS050 Hybrid in the highly-competitive FIA World Endurance Championship.

The No. 8 car of Alonso, Sebastien Buemi, and Kazuki Nakajima ran flawlessly for most of the 6 Hours of Spa, but was aided in more ways than one by the many issues that its sister car, the No. 7, suffered throughout the weekend, including having to start the tumultuous race from the pit lane. It wasn't until the third hour of the race that the No. 7 car found itself lapping in second place and just one minute behind Alonso that the situation began getting tense for the Toyota Gazoo Racing team.

The climax of the race took place when Matevos Isaakyan suffered a massive crash while piloting his No. 17 SMP Racing BR1-AER through Eau Rouge and race directors were forced to deploy the safety car, absolutely killing the one-minute gap found between the leading Toyotas. From that moment on, Mike Conway at the wheel of the No. 7 Toyota was nipping at Alonso's rear end until the end of the race, sometimes shortening the gap to less than one second, but ultimately crossing the line in second place just 1.4 seconds behind the Spaniard.

Would things have played differently had the No. 7 not been plagued with issues? We will never know. Alonso will surely relish this victory, his first one since 2013 with Ferrari, as he prepares to head back to his day job in a few days ahead of the Formula 1 Grand Prix of Spain.