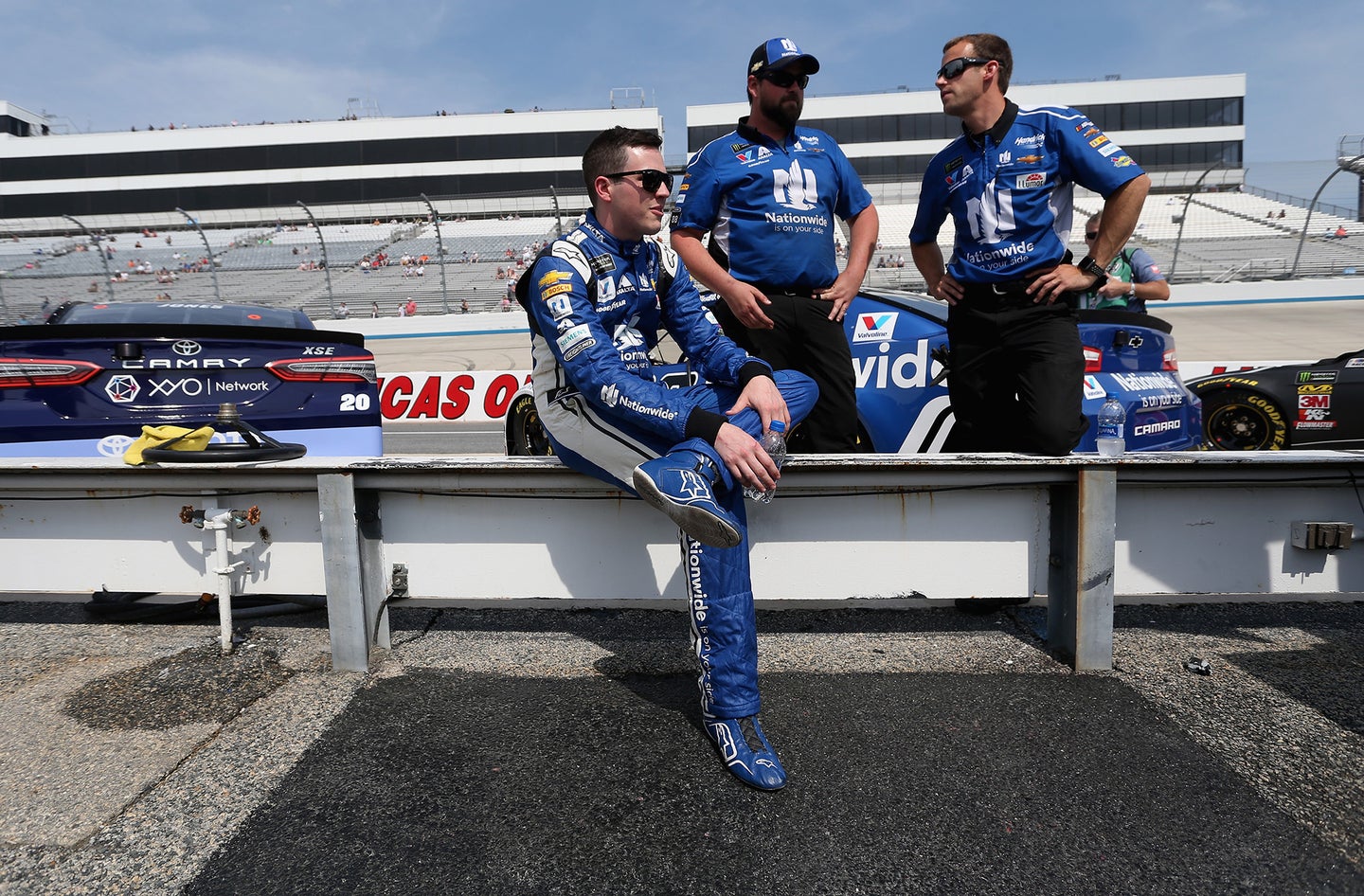 Kyle Larson was the fastest in qualifying for Sunday’s AAA 400 Drive for Autism Monster Energy NASCAR Cup race at Dover International Speedway. He is on the pole, but should we look for a young gun to take the checkered flag at a track where veteran drivers have dominated for a decade?

Logic dictates that Jimmie Johnson is the guy everyone should pick to win at Dover. However, based on recent statistics, Johnson is just not there yet. In ten starts this year, Johnson has one top-five, three top-10s, and hasn’t won a race. Will he get his first NASCAR Cup win of the season at the Monster Mile, a track where he is familiar with Victory Lane?

It’s been said that Talladega will kill anyone’s winning streak, and it absolutely killed Kyle Busch’s chance to capture his fourth win in a row. "Rowdy" will need to regain his mojo after the superspeedway event last weekend, especially as he saw championship rival Kevin Harvick manage pole position there and finish in fourth place.

Speaking of Harvick, he'll be starting on the front row alongside Kyle Larson come race day. He and the rest of the Stewart-Haas Racing crew will surely be looking to leap ahead in the point standings with plenty of races in the rearview going into Dover.

Martin Truex Jr. is a Jersey boy, but Dover International Speedway is his home track. It’s also where he got his first Monster Energy NASCAR Cup Series victory, which bodes well for his chances there this weekend. He will drive the No. 78 5-hour Energy/Bass Pro Shops Toyota from P3 when the green flag drops. Will the 2017 Monster Energy NASCAR Cup Series champion secure his third win at Dover? Consistency has been on his side, so as long as he can he can combine that with stellar calls from his pit crew, we'd say he just might have a shot at it.

NASCAR is overdue for a first-time winner, but who is ready to step-up for the win? Can Chase Elliott finally capture that elusive first Cup victory? Bubba Wallace Jr., the crowd favorite, is also in the mix after wowing the crowd in his debut at the Daytona 500 earlier this year. How about Alex Bowman, William Byron, or Matt Dibenedetto who all led laps at Talladega?

What do you think? Is choosing an accomplished driver a sure shot or will a young driver have a monstrous day at the Monster Mile?

We have questions. You deserve answers. Leave us a comment and let us know who is your pick to win at Dover International Speedway. The Monster Energy NASCAR Cup Series Schedule for Dover International Speedway. The AAA 400 Drive for Autism Monster Energy NASCAR Cup race is Sunday, May 6th at 2:00 p.m ET. Catch it on Fox Sports 1.