The 19-year veteran came close to winning his first race at the Alabama track on Sunday but is frustrated over P2 result. 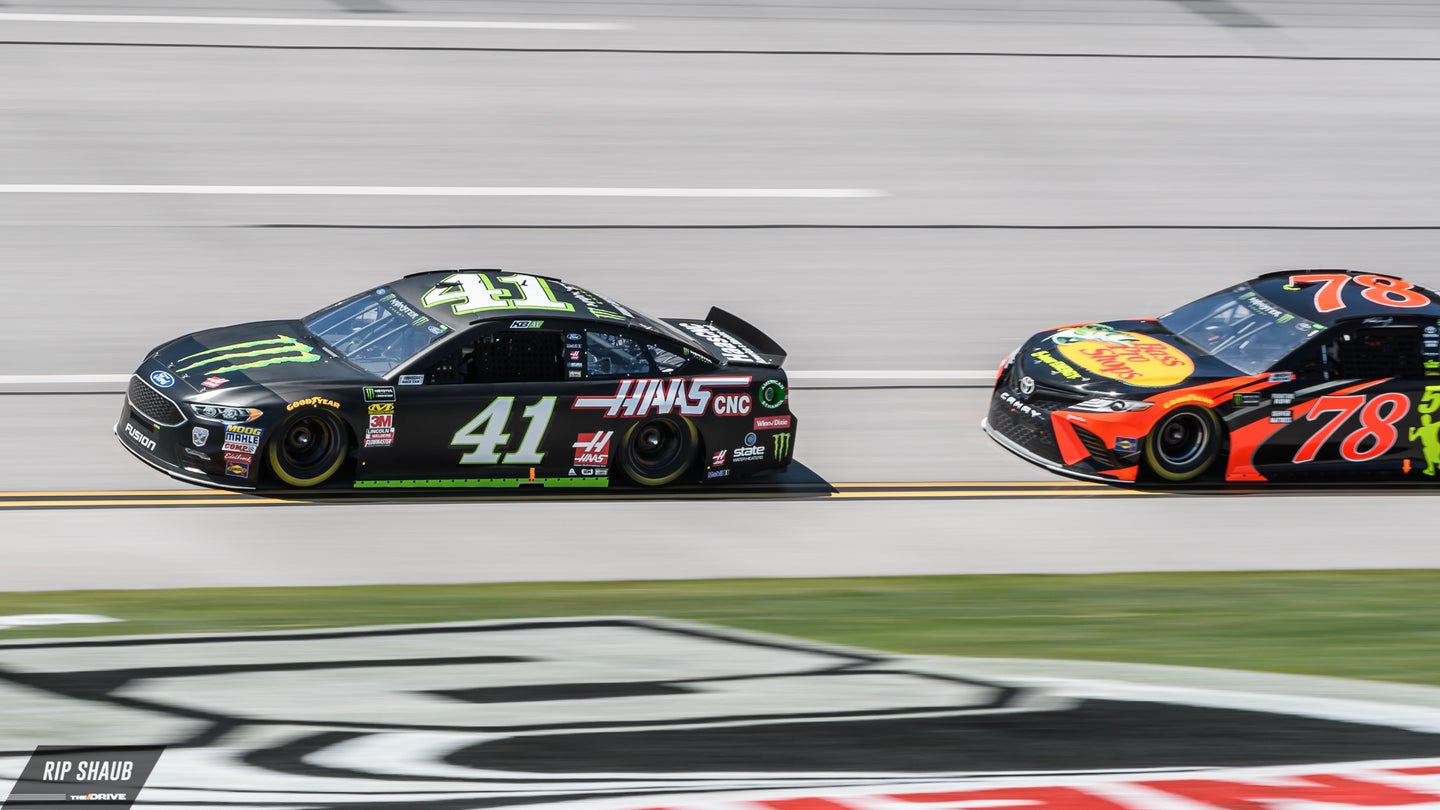 Stewart-Haas Racing's Kurt Busch finished where he started at Talladega on Sunday with an outside-pole qualifying round which put him in prime position for his first career win at the track. He managed to stay close to teammate Kevin Harvick in the first stage of the race while dropping back in the second session, luckily avoiding "The Big One" that damaged 14 cars in total on Lap 73 of 188. This allowed Busch to work his way back to the front in the closing moments where he sat pretty behind the No. 22 Penske Ford. Thanks to an excellent display of blocking by the eventual race-winner Logano, Busch was shut out from claiming victory in what looked to be his best shot yet.

The 39-year-old was visibly frustrated with the ending result as he approached the press table on Sunday afternoon. He admitted he was thankful for the still-stellar P2 finish, but even then, he wanted more out of the restrictor-plate event.

“It takes two cars to try to break through the leader. I’m happy that a Ford won. It wasn’t the right one,” Busch said. “Kevin was in good position. I was going to roll with him in any direction that I could. We just got broken up by Stenhouse."

“Man, it’s just so close. You wish you could go over and do it again. I feel like I left that one out on the table.”

Early race issues including a pit lane speeding penalty caused initial woes, but they seemed to be non-crucial to the team's efforts. It's doubtful that the drive-through discipline cost Busch the race in the end, but the driver does credit the result to a disappointing move near the end.

“The 41 pulled out sooner than I thought he would there,” Harvick said, “and we wound up getting hung out.”

Busch's crew chief Billy Scott commented on the difficulties of this past weekend's race, one of which included a freak radio replacement in Stage One.

“Just some weird deal,” said Billy Scott, Busch’s crew chief. “They changed out pretty much all the equipment in there and it still had a problem. It came down to it being a radio channel of some sort, so we ended up borrowing a radio for the 4 and went to their backup channel and that’s what we used. It was OK then, so kind of a weird deal. We’ll have to figure that out.”

“There’s only so many parts and pieces to change, right?” Scott said. “It got down to the last one, still fixed it. So I figure we had time to get it all swapped out.”

Busch will look to jumpstart his hopes at the next Monster Energy NASCAR Cup race which is scheduled for May 6 at Dover International Speedway.