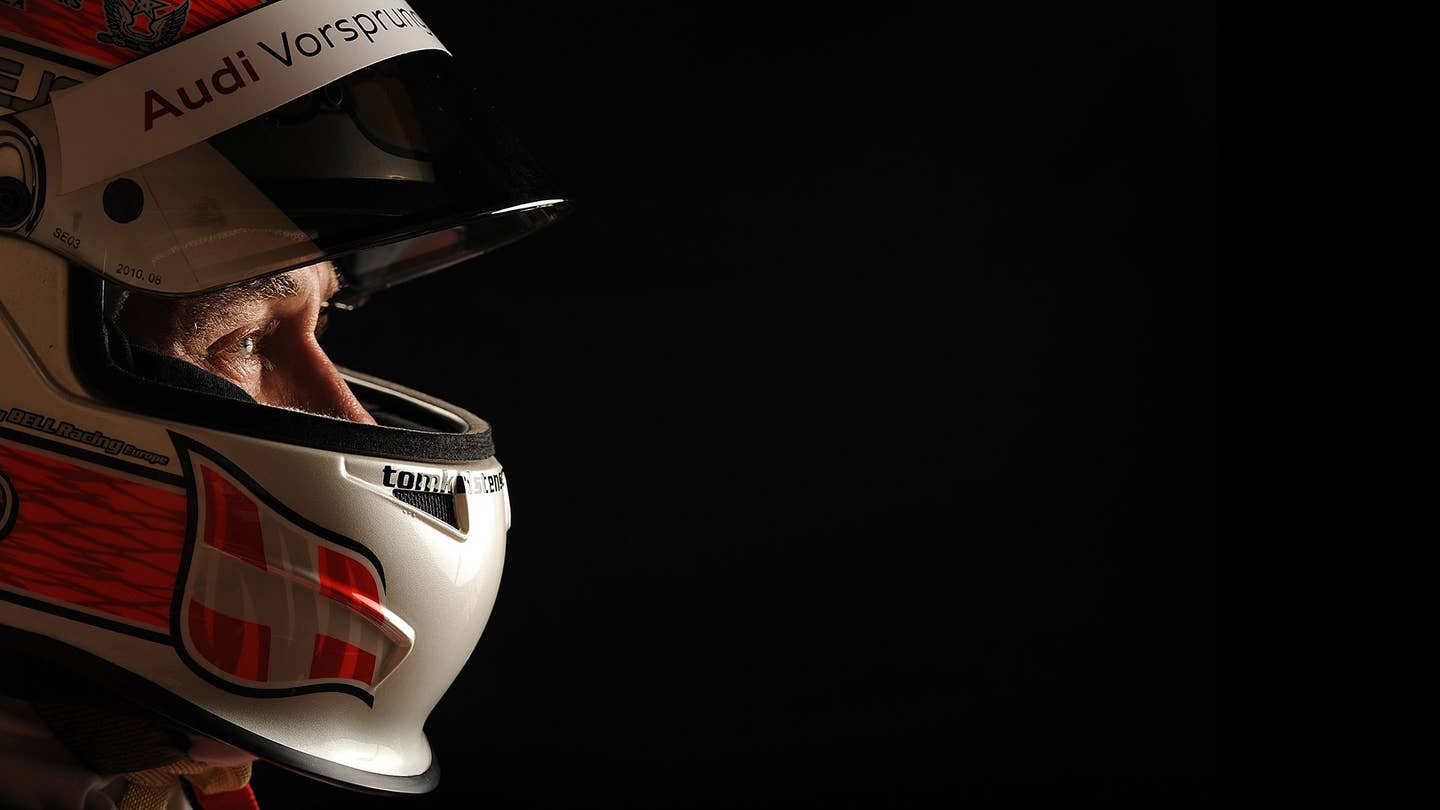 It’s good being Tom Kristensen. The Danish-born wheelman is the most accomplished sports car racer who’s ever lived. Women find him marvelously handsome. He claims to have been born at his father’s gas station, and by now, at 48, he’s presumably pretty wealthy. He has won Le Mans nine times—more than any other driver. He has won the 12 Hours of Sebring six times—more than any other driver. He has piloted the most cutting edge marvels of technology of his era—cars worth more than your life, mostly Audis—and he has driven them with seemingly superhuman precision. And, he’s a super nice guy.

I caught up with Kristensen at the Rolex 24 in Daytona last weekend, where he served as the race’s Grand Marshal. It was his first major competition after his retirement at the end of last season, so the moment was a rare opportunity to talk with an icon, one who normally would be cloistered away with his team and machinery. Remarkably, Kristensen has become a bit of an American patriot, even though he was once knighted by the Queen of Denmark. Here’s why…

Kristensen, on racing in America: “I live six months [out of the year] in Florida now. I’ve always loved coming and racing in America. I know all the passion of the people and the lovely open paddocks and all the great American road circuits, particularly when I did the American Le Mans Series. The world has gotten smaller. Now, there is an American F1 team. Ford is joining GT racing full time and will be at the big one in June [Le Mans]. We have a World Endurance Championship race at the new circuit in Austin [the Circuit of The Americas in Texas]. And the F1 race at Austin last year, though it was close to being rained away, was probably the best F1 race of the season.” To sum up: It’s a good time to be an American racing fan.

On the new Ford GT at the Rolex 24: “It’s a huge task, but there’s a lot of positives to being a new team because you are able to put people from scratch into a program. Of course it takes time for it to gel. It takes time for it to evolve. It’s fantastic that they’re back. I was sitting at the same table with Mr. Ford [William Clay Ford Jr., Henry Ford’s great grandson and the company’s Executive Chairman] at the Spirit of Le Mans dinner last June where he had just announced that they were coming back. That was a lovely opportunity. You don’t think that a company starts from scratch when they are called Ford. I’m not close to the program. Particularly because I wear an Audi hat, where I am an ambassador. But I know that teams in GT racing respect what Ford is doing a lot. Ford has found good drivers. They have been good in testing. And the car looks awesome on track. I’m sure they are contenders to win soon, and if they don’t do it now they will later on in the program.”

On watching racing on TV in America: “It used to be the Speed Channel, and now with Fox, you have a very good, knowledgeable group promoting racing here, with a lot of depth and history. And always with a great sense of humor. I love that.”

Not long after I chatted with Kristensen, he was on the grid at Daytona, where he barked those famous pre-race words to kick off the Rolex 24: “Drivers, start your engines!” The crowd loved him—because he is Mr. Le Mans. He admits that the Rolex 24 was one race he never took on. It just never materialized. At Daytona on Friday night, at a banquet dinner full of luminaries, he said: “My dad always said, ‘Never say never,’ and if I was tempted back, Daytona would be the venue.” Hell, he lives half the year in Florida now, so he’s a local. Maybe the race isn’t over for Tom Kristensen after all.