The teenage racer lost both of his legs as a result of the incident last April. 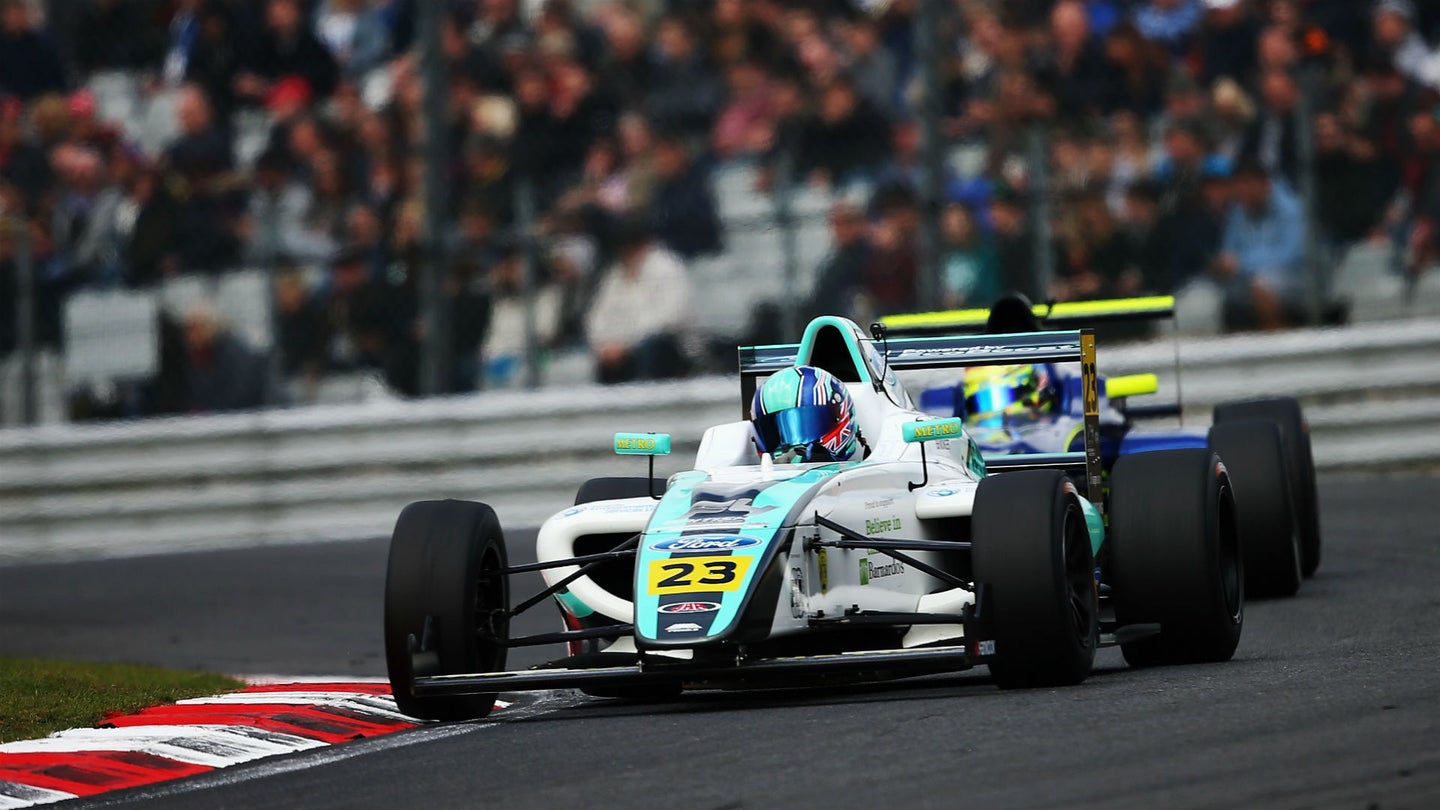 Billy Monger was the racing community's collective heartbreak of 2017. During a Formula 4 race in April of last year at Donington Park, the then 17-year-old driver crashed into the back of Patrik Pasma's stalled car, causing an accident that led to months in the hospital for Monger. Both of his legs were amputated as a result, and people from across the globe flooded the young Brit with support, even donating a total of £841,844 to his crowdfunding campaign—323 percent of the original goal. Now, just a year after the life-changing crash, "Billy Whizz" is slated to enter Formula 3 competition at Oulton Park next month.

Monger has progressed through the ranks of racing since last Spring. He competed in an adapted VW Beetle racer as well as multiple simulation runs over time, then testing an F3 car with the Carlin Racing team in February. These steps have allowed him another chance at Formula competition, according to a Carlin spokesperson.

“He [Monger] will absolutely be on the grid this weekend," the representative told Motorsport. “It’s absolutely incredible to have him back on the gird. He helps motivate the team, he is competitive as well and has the potential to do a lot more. We want to be able to help him achieve his potential.”

This appears to be the next milestone for Monger with many more to come. In only 12 months' time, he's advocated for motorsport safety and been a voice for the disabled racing community by influencing the FIA to overturn a past ruling and allow handicapped drivers to run in single-seater contests.

He will drive alongside fellow talented juniors at the British event in April while using special hand controls for acceleration, shifting, and the lot.