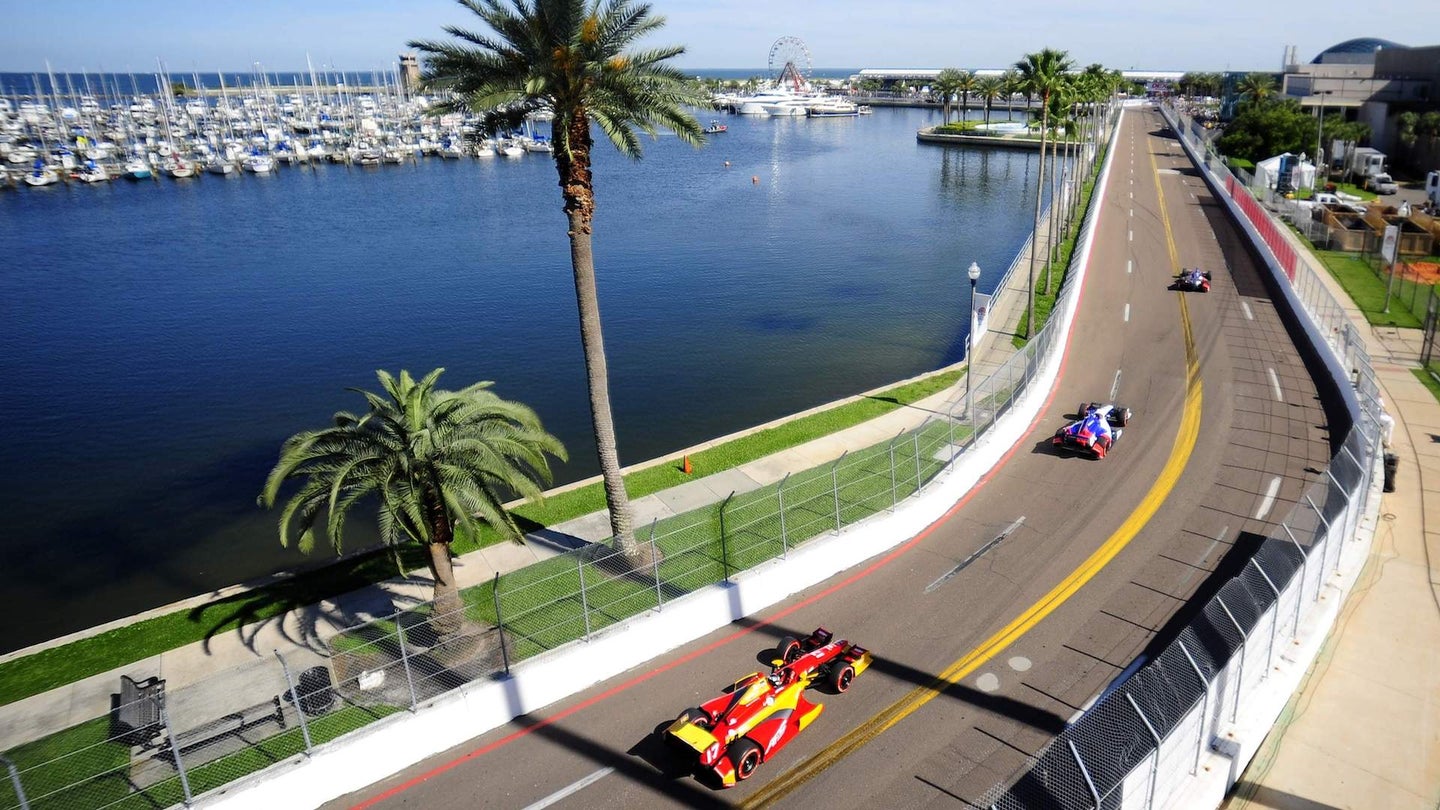 The 2018 Indycar season kicks off this weekend at one of the series' crown jewels: the Grand Prix of St. Petersburg. The Floridian street circuit that features an airport runway is known for its long straights and demanding curves, but also for being tough on equipment, a concern that's extra worrisome this year as every team on the grid is racing with a brand-new aero kit.

The newly introduced aero kit is designed to drastically reduce downforce and lighten up the rear end of the spec IR-12 chassis developed by Dallara. As a result, fans should expect more sliding, more passing, and less stagnation during wheel-to-wheel racing due to "aero wash," which is when the following car loses front end grip due to turbulence created by the car in front.

“It seems more nimble and more alive under your hands and feet,” said Carlin’s Charlie Kimball. “On the short oval (during testing), the way it popped off the corner felt nice. That could create some serious passing opportunities if people have to lift on exit and get it wrong, especially as the tires wear.”

The new aero kit isn't the only storyline to watch this weekend, as Indycar is welcoming new teams like Carlin and Harding Racing, and new drivers Robert Wickens, Matheus Leist and former Indy Lights star Zach Veach. However, the Indycar fans will be saying goodbye to veteran Helio Castroneves, as the three-time Indy 500 winner made the switch to Team Penske's new Acura IMSA program, where he will be racing full-time in 2018.

Popular for being the first race of the season and its first-turn pile-ups, "St. Pete" will surely shed some light on how well (or how bad) Indycar teams have prepared over the winter, but don't expect to figure out the 2018 pecking order just yet. “You can't just watch St. Pete and see where everyone stacks up and get a snapshot for the year,” said Josef Newgarden, driver for Team Penske Chevrolet. “I think you're going to have to watch all year to see how it evolves because people are going to be figuring things out as the year goes on, getting better and better."