The team’s two-car effort will debut at this weekend’s Rolex 24 at Daytona. 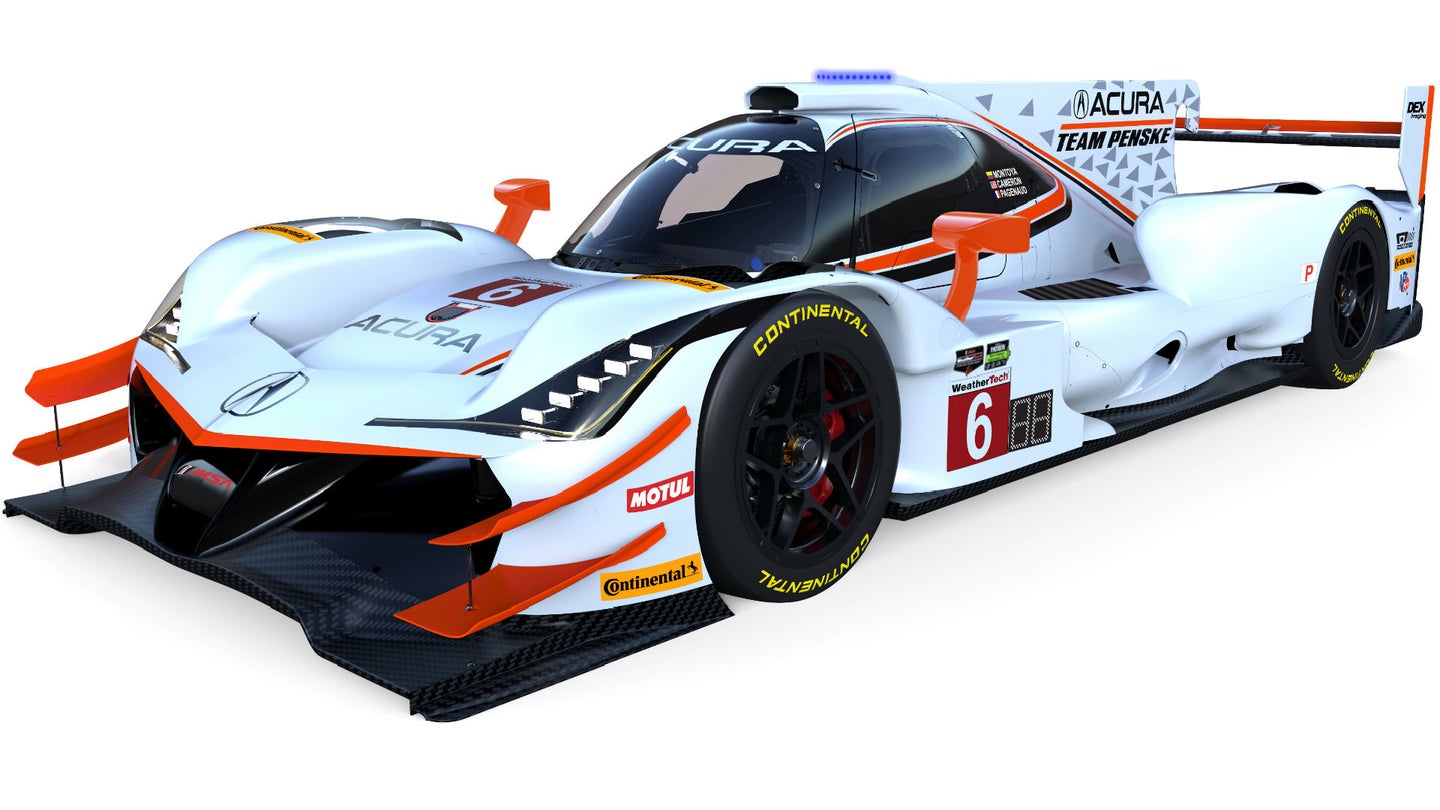 American racing giant Team Penske has unveiled its Acura ARX-05 prototype in proper attire ahead of this weekend's Daytona 24. After completing testing in near-solid black camouflage, the team made an official announcement on Monday that details the full race livery of its all-new DPi racer.

The car's scheme was created by Acura Global Creative Director Dave Marek, and the result is a harmonic depiction of Penske and Acura's relationship. Two cars will be entered in this week's Rolex 24 and beyond, both wearing numbers that are significant to the team's history—No. 6 and No. 7. Each of the Acura prototypes will feature unique styling cues to differentiate them while on track including black and white contrasting details. DayGlo Orange, the signature color of Acura Motorsports, is then laid across the car's aero bits and side panels to round out the two-in-one ethos.

It's said that Roger Penske himself had a heavy amount of influence on the cars' design. Working with color, he advised that the front dive planes be highlighted in Acura's famous bright hue to distinguish it even further. Features from the family of Acura road cars are then incorporated as well including the "Jewel Eye" LED headlights.

The No. 6 car is set to be piloted by Dane Cameron and Juan Pablo Montoya this season alongside the No. 7 entry of Helio Castroneves and Ricky Taylor. IndyCar great Simon Pagenaud will also compete in the No. 6 for the Rolex 24 while Graham Rahal will accompany Castroneves and Taylor at the Floridian race.

The 2018 season marks Penske's return to top-tier sportscar racing, a segment that the team has been absent in since its 2009 Grand-Am efforts.

Tune into The Drive for more coverage of the Rolex 24 at Daytona this weekend.

​​​​It’s a huge project, but for someone like ‘The Captain’, nothing has ever been too big