Upgrades & optimism stand to boost the Austrian team’s chances of a win at their home race. 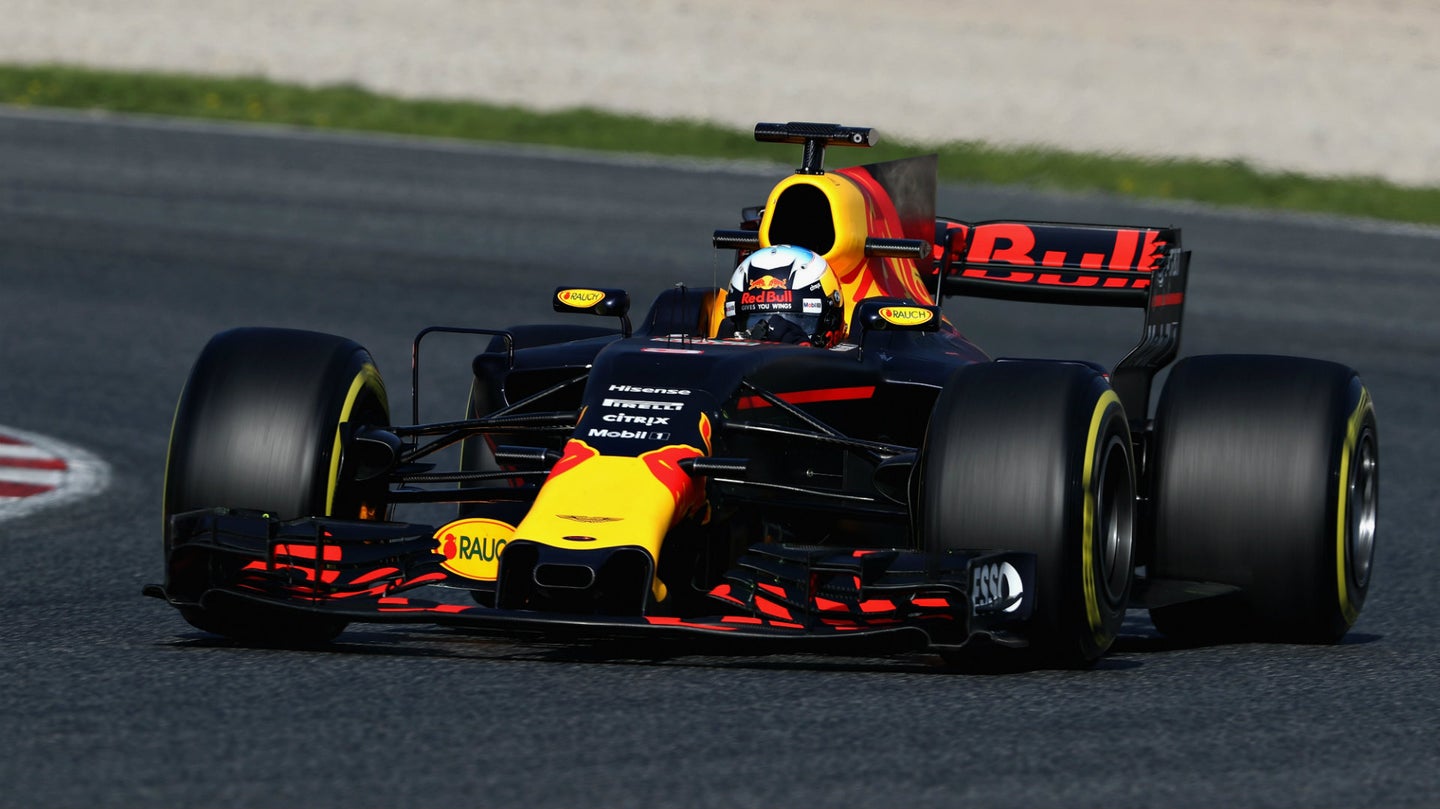 Coming off the high from winning his fifth career Grand Prix in Baku, Daniel Ricciardo has further aspirations for race wins this season, and is targeting Red Bull Racing's home event in Austria as his next podium-topping finish. Though the Red Bull Ring is known for having some of the calendar's longer straights, the disadvantages that come with the team's use of TAG Heuer-branded Renault engines have not been shown to hold the team back at fast tracks, as shown in Baku, where Ricciardo took full advantage of the straight line speed offered by his trimmed wing angles in a hectic race to bring home the team's first win of the season.

Further good news about the team's prospects at the upcoming race has come from Renault, who are aiming to refine their current engine in response to their customer teams' complaints about a lack of power and reliability. Renault has been fortunate that their relative non-competitivity when compared to Ferrari's and Mercedes' has gone somewhat unnoticed this year, in light of the third consecutive year of Honda making an engine as powerful and reliable as a two-legged mule.

Upgrades to Renault's engine mapping in Baku improved the pace of cars that used it by an estimated 0.2 seconds per lap. This, the latest incremental Renault upgrade, may also apply well to the upcoming Austrian race, though the shorter lap of 2.7 miles compared to Baku's 3.7 miles may diminish the amount by which Red Bull will catch the leading Ferrari and Mercedes teams.

One improvement scheduled for introduction in Austria is a heightened awareness of impending reliability problems before they occur. This is in response to the multitude of Renault's at-fault engine failures in Baku, including Max Verstappen, Jolyon Palmer, and Daniil Kvyat.

After Austria, the Red Bull team will be receiving an upgraded fuel, courtesy of their Exxon-Mobil sponsors, which may further close the delta between Red Bull and top teams Ferrari and Mercedes at the British Grand Prix.