Ferry Violently Slams into Dock in The Canary Islands

The Ferry blasted through a cement barrier before coming to a stop. 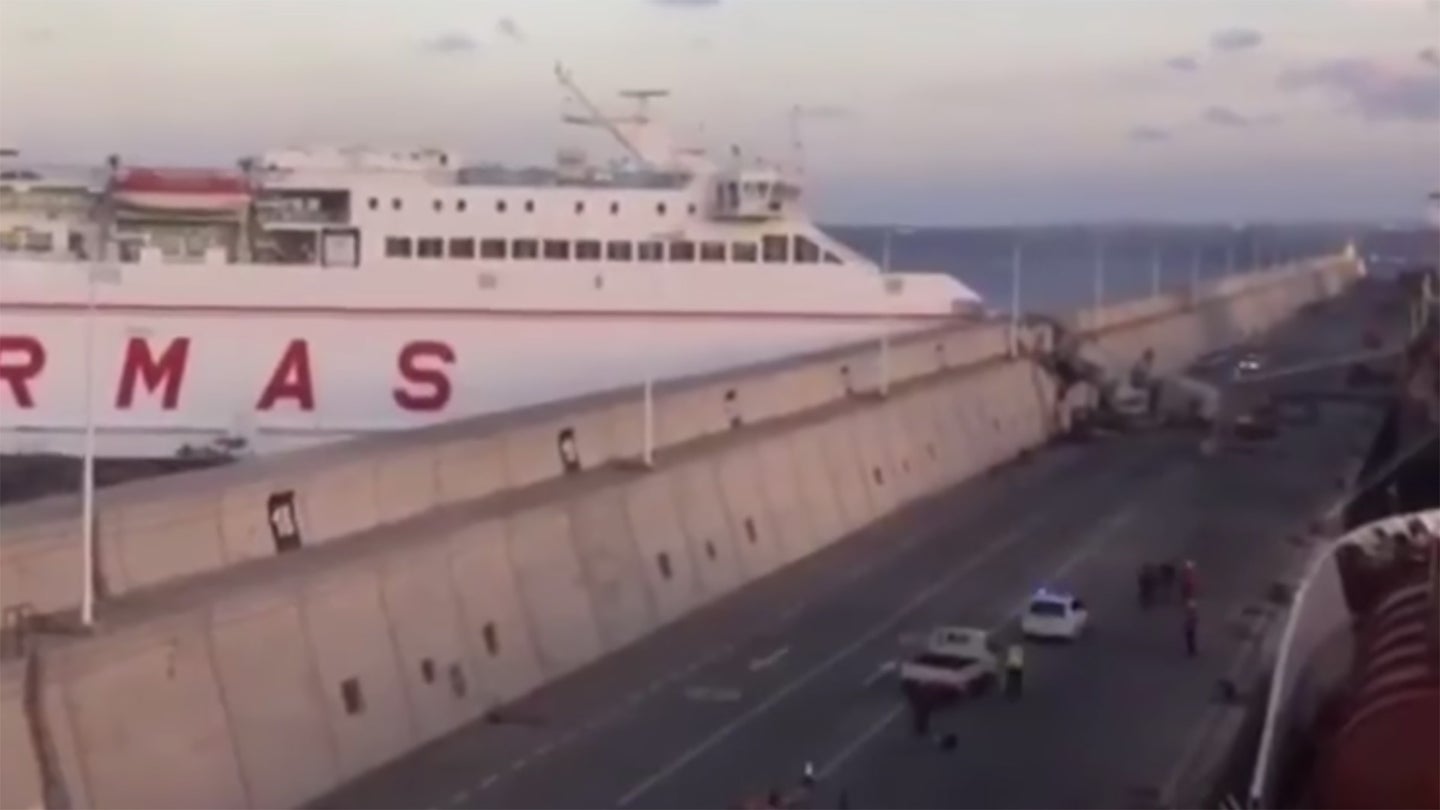 We may not be nautical experts but last time The Drive checked, you are not supposed to crash your ferry into the dock. According to reports, a ferry carrying 140 people left port Las Palmas in Gran Canaria and suffered critical mechanical failure.

In attempts to remediate the situation, the captain opted to return to the dock as it was no longer safe to operate the ferry to its final destination. With that in mind, it would not be surprising to hear the docking was rough, we doubt the captains predicted such a destructing and damaging arrival back into port.

The ferry violently slammed nose-first into the dock, smashing through a cement barrier and eventually coming to a stop. The rapid deceleration caused 13 injuries as well as extensive damage to the bow of the ship. It is unclear what exactly caused the mechanical failure but it caused propulsion issues, making it difficult to control.