What’s up with those exhaust pipes? 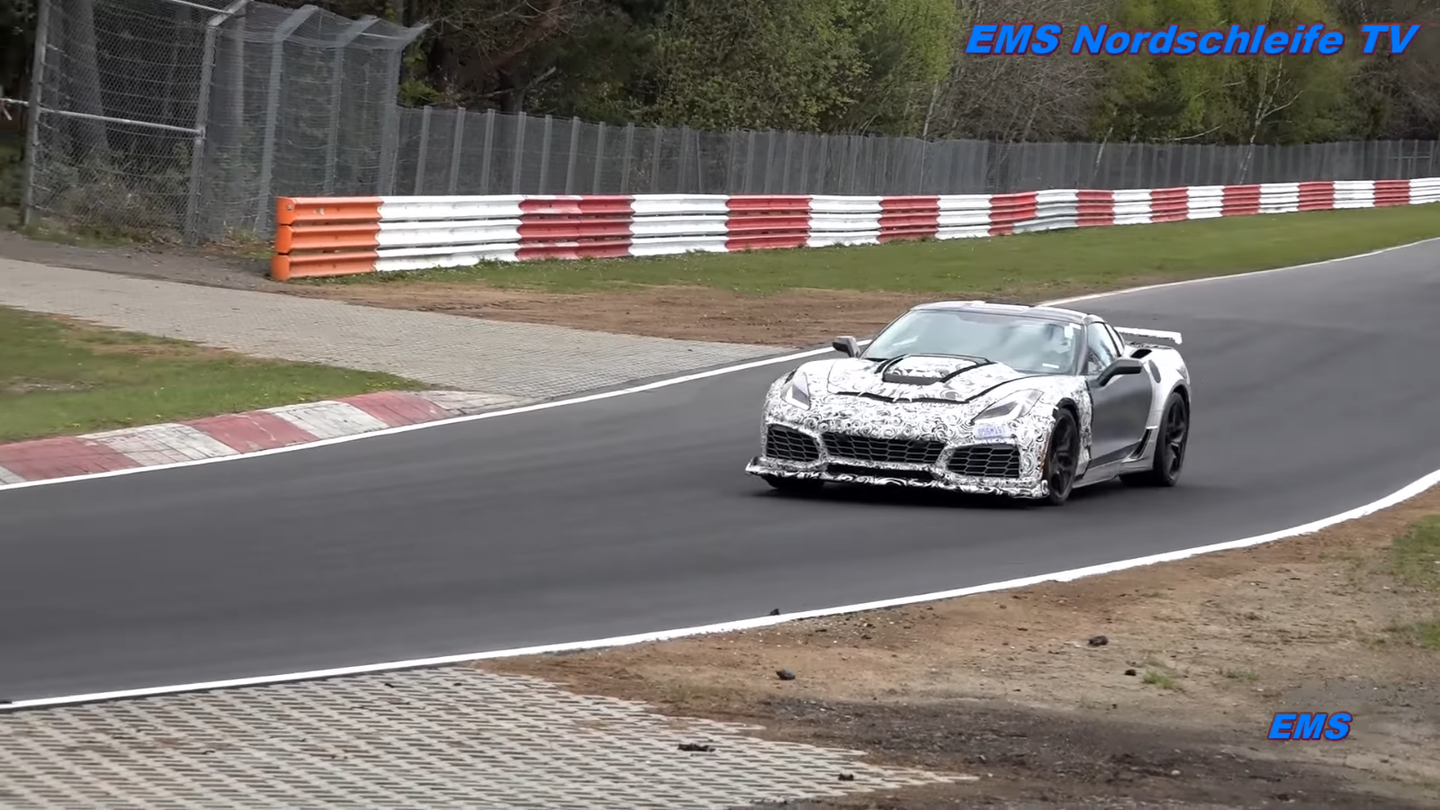 The upcoming Chevrolet Corvette ZR1 has been spotted testing time and time again, and we can't help but wonder about its specifics. General Motors has released hardly any information about the car, though it was recently spied at the Nürburgring sporting light camouflage and funky exhaust pipes—and it looks like it may soon be on its way to shedding the disguise completely.

It's fair to guess that the ZR1 will be brutally loud. We suspect that the trick exhaust system fitted to this car is mostly equipped to meet noise restrictions, but it could hint at something else. The ZR1 could be the first Corvette with selective exhaust modes, allowing you to change between road and race settings. A set of remotely-controllable valves could make the car quieter or louder depending on your selection (much like in the Jaguar F-Type), taming the 'Vette's crude soundtrack on demand.

Aside from the strange pipes, the car captured here is barely covered by camouflage. Although some of the body lines are still disguised, you can see the enormous air dams that adorn the front fascia, feeding air into the hefty V8. Sharp creases can also be seen throughout, giving it an edgy, menacing appearance. Most notably, the giant wing stands tall above the rear deck, showing that this is a car for enthusiastic track use. This will perhaps shed the hot-rod street car image remaining from the C6 ZR1—though it definitely looks to be even more bonkers than the previous model.

Watch here as the car maneuvers around the twisties at The Green Hell, giving us a glimpse at what looks to be a near-production car.