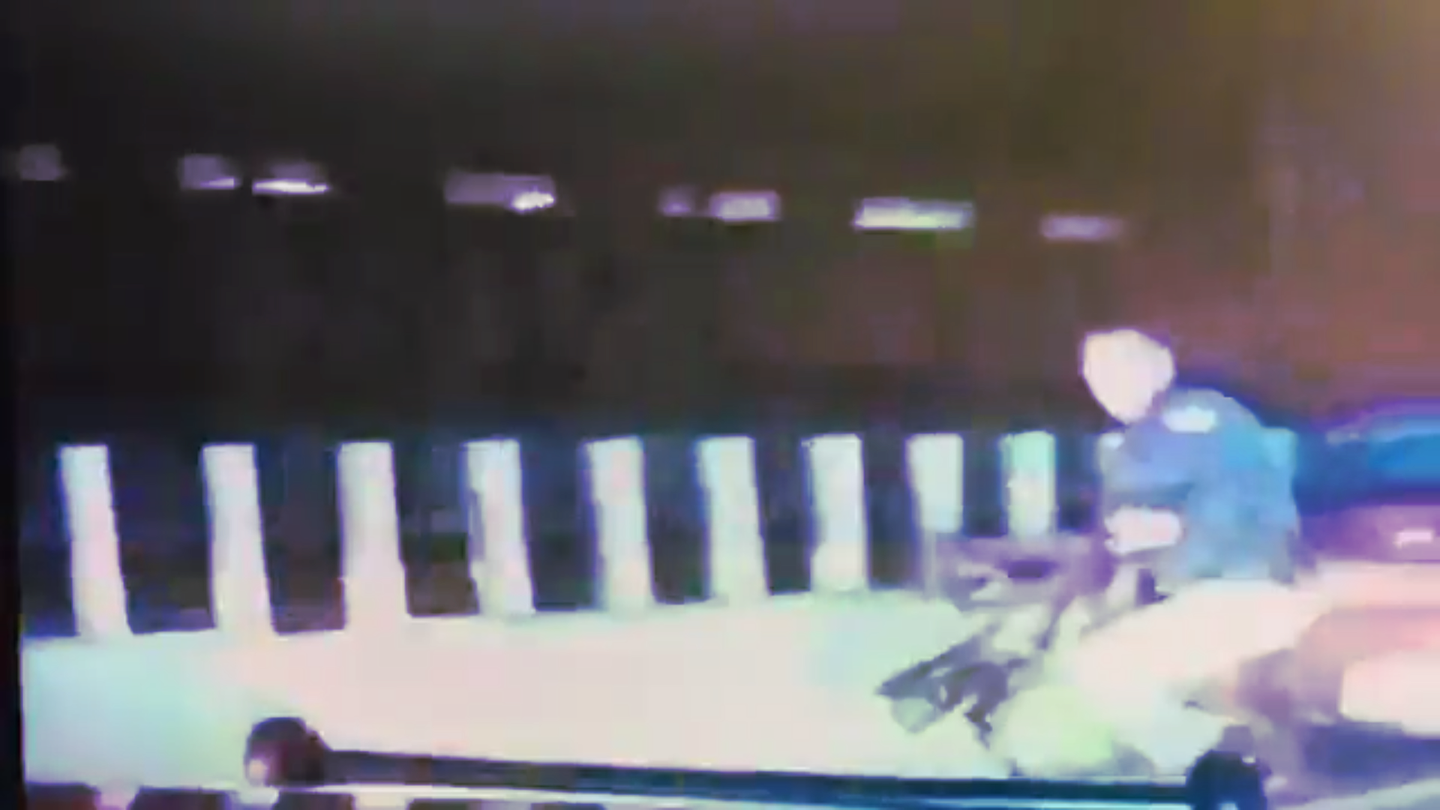 As our own Max Goldberg has written about before, almost every decision emergency responders make when setting up to work on the side of a busy road is dictated by minimizing the risk of a collision. There's logic behind not only the order of the different vehicles but even the angle at which they're parked to maximize the protection offered from other drivers. Unfortunately though, police officers pulling over a motorist or checking out a breakdown are only shielded by their patrol cars—which can quickly turn into two-ton missiles when smacked from behind by an inattentive driver, like in this dramatic dashcam video obtained by Fox 8 Cleveland.

On Sunday night officers from the Cuyahoga Heights Police and the Newburgh Heights Police responded to a call about an abandoned vehicle in the left lane of I-77, which is dangerous enough—the highway is three narrow lanes with no shoulder between the left lane and the Jersey barrier at that spot. The video shows the Newburgh Heights officer stop in the middle lane, lights flashing, to give them a little breathing room from passing traffic. But just ten seconds later, a driver smashes into the back of the cruiser in the middle lane, catapulting it towards the officers. It spears left towards the dividing wall, missing the first officer by mere inches as he practically leaps over the hood.

Thankfully, neither officer was injured (though the driver was taken to the hospital), and the Ohio Highway Patrol are reportedly now investigating the incident. The Ford Interceptor is pretty thoroughly trashed, according to the photo posted on the Newburgh Heights Police Department's Facebook page. The original abandoned car remains under investigation, but it shouldn't be too long before they wrap up that mystery—it appeared to have sideswiped the center divider and police found a bottle of wine in the glove compartment.

Once again, let us all remember to slow down when we see flashing lights and give those working the room they need to do so safely, be it police or EMTs or firefighters or just some random Joe trying to change his tire.