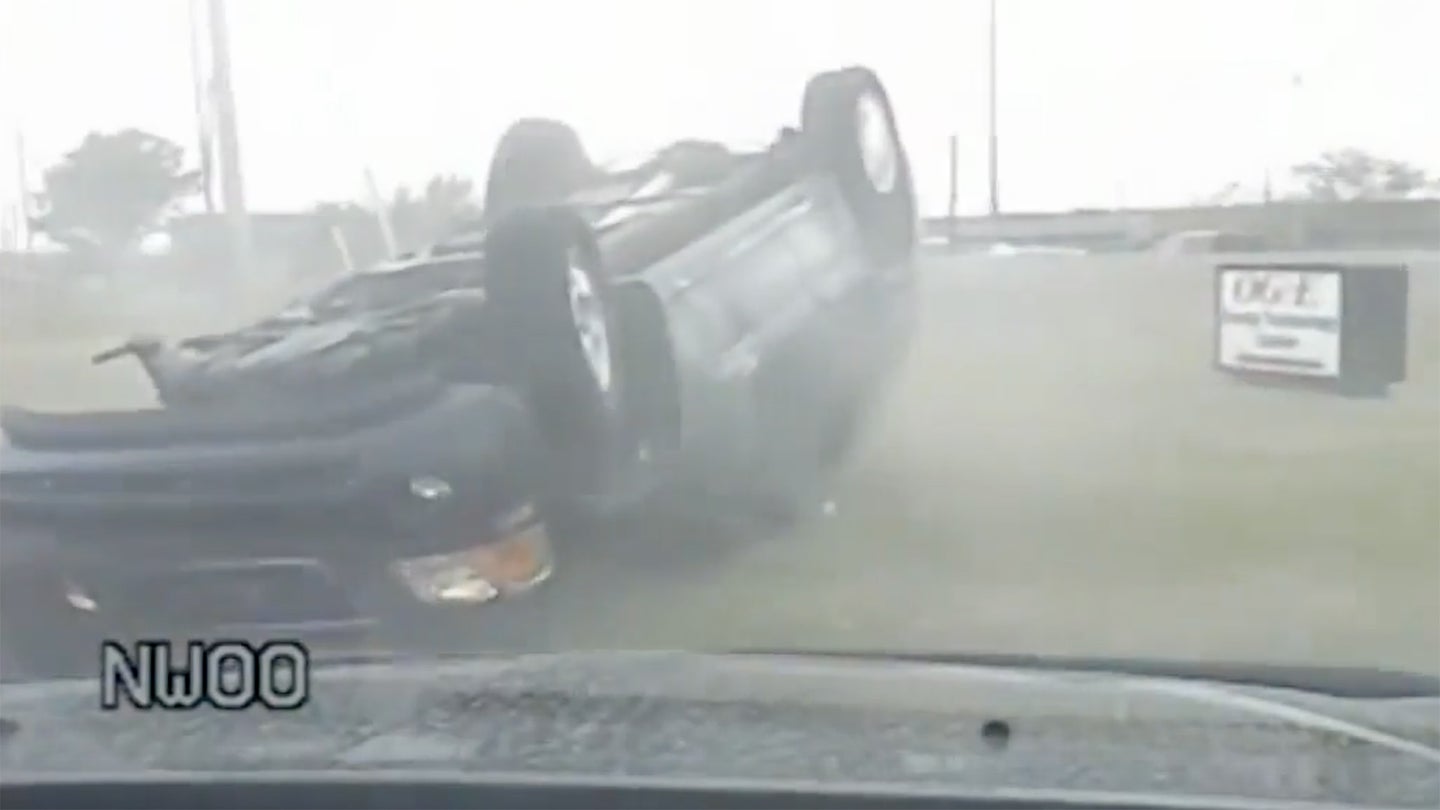 Police in Edmond, Oklahoma engaged in a 100 mile-per-hour pursuit this past week, when two suspects fled from a Walmart after allegedly stealing items.

The video of pursuit starts out hot with the GMC Envoy flying over a curb and onto the roadway. Within the first few seconds, police attempt to PIT the vehicle, but are unsuccessful.

The pursuit then turns into an all-out race—one on which the Envoy's driver apparently has no regard for human life. Barreling through lights at around 100 mph, the Envoy's occupants flirt with death every few seconds, recklessly avoiding cars. Fortunately, the pursuing officer follows protocol (or comes close to it) and slows down and checks his surroundings before going through each intersection and quickly regaining his ground in his Dodge Charger patrol car.

After five or six games of “catch-up,” the Envoy driver’s luck eventually runs out when he loses control and rolls over. Miraculously, no one was injured in the violent crash, and both suspects were arrested.

Side note: Did the suspect remind anyone of a groundhog seeing his shadow?