One worker jumps on the hood of the thief's car as he flies down the street. 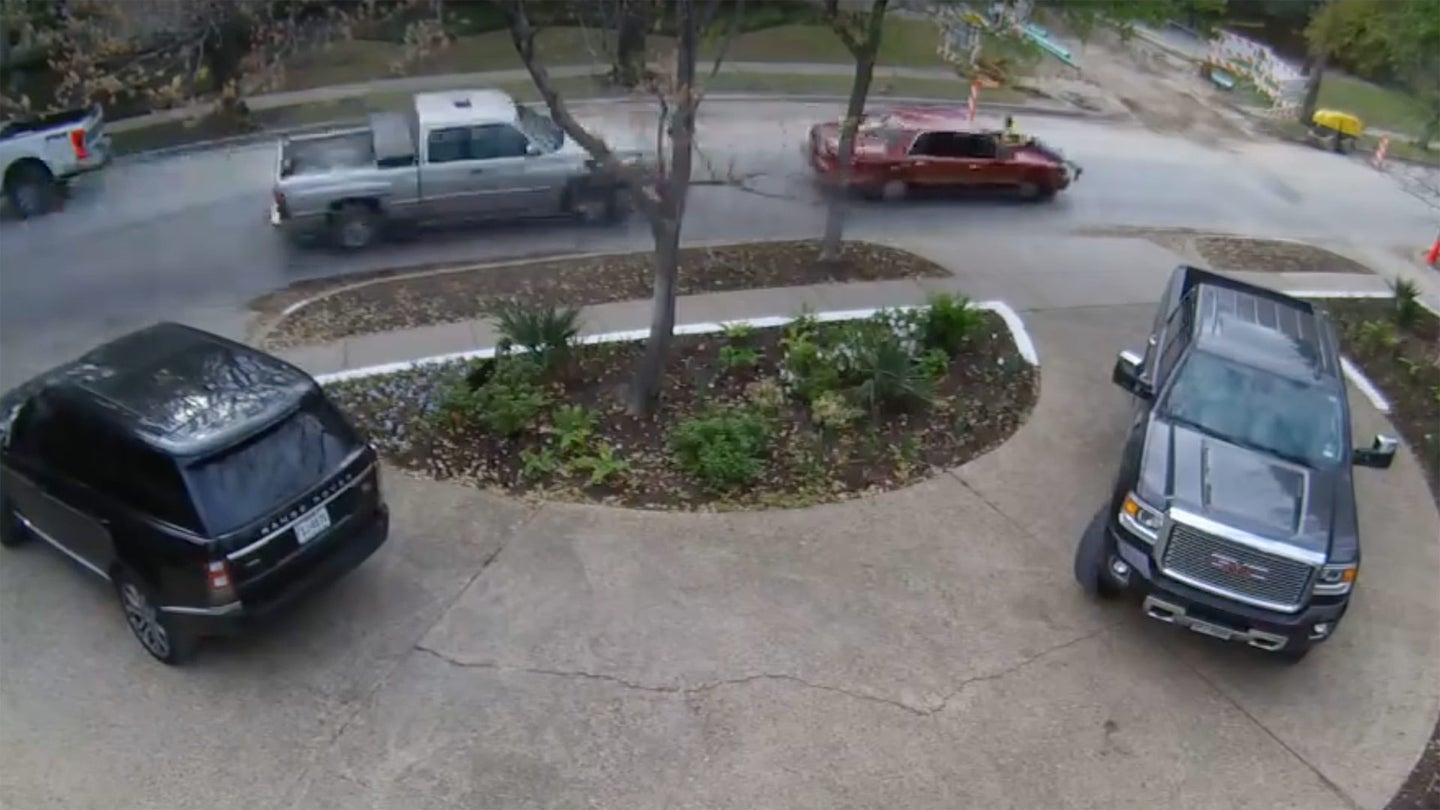 The life of a construction worker involves long hours of back-breaking work—while often paying for your own tools. Most construction workers have thousands of dollars worth of tools in their everyday arsenal. Why do we bring this up? Because it helps put the decision by a group of contractors to risk life and limb chasing down a tool thief into perspective.

Instead of surrendering to the group of angry workers, the suspect throws his Buick into reverse and speeds down the road with the man still on the hood. One worker hops in his Ram 1500 and gives chase. All goes quite for a bit...then, in the last 10 seconds of the video, the Buick speeds back into frame (with the construction worker still on the hood), and is eventually rammed off the road by the Ram 1500.

Obviously the thief is a scumbag who is stealing from hardworking men—but he wasn’t the only one making bad decisions. We completely understand these workers were pissed someone was stealing the tools they use to make a living, but no tool is worth someone’s life. We assume the construction worker who jumped on the hood did so in an adrenaline-fueled rage, but it was definitely not the brightest move.

At least the construction worker on the hood was wearing an ANSI safety vest. OSHA would be very pleased with his workplace safety.