He makes it look almost as easy as pulling a Radio Flyer. 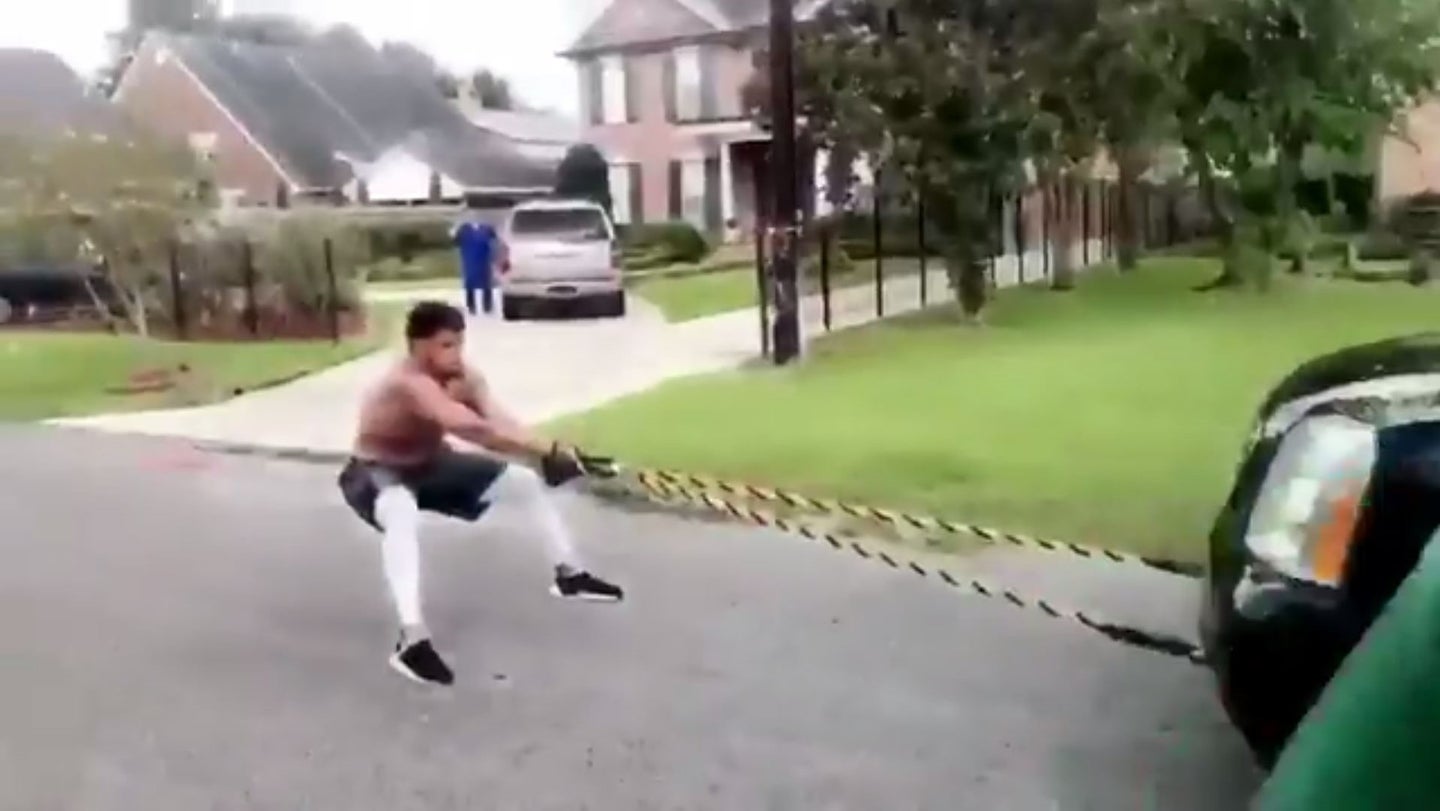 Weightlifting is one way for athletes to train in the offseason. But if you’re as hardcore as Atlanta Falcons rookie linebacker Duke Riley, you pull around full-size American SUVs weighing over 5,500 pounds—in this case, a third-generation GMC Yukon Denali. Here’s the Falcons rightfully bragging about their new player on Twitter.

Riley was the third round, 75th overall draft pick for the Falcons. He was chosen in an effort to add some speed to their defense. Riley ran the 40-yard-dash at the NFL Combine in 4.58 seconds...which I think is good? I don’t really do sports.

What we do know is that the GMT900 GMC Yukon Denali Riley is pulling around is a big, heavy machine. There’s a guy in the driver’s seat, so depending on options and extra cargo in the SUV, this thing could be tipping the scales over three tons. Any quarterback facing the Falcons this year ought to be terrified.

No stranger to extreme workouts, here’s Duke Riley doing some banded push ups with weighted chains on his back on Instagram last month.

All we can say to the Falcon’s offensive opponents this year is good luck. Playing a game where this guy is trying his best to tackle us sounds great and all, but we’ll stick to cars.