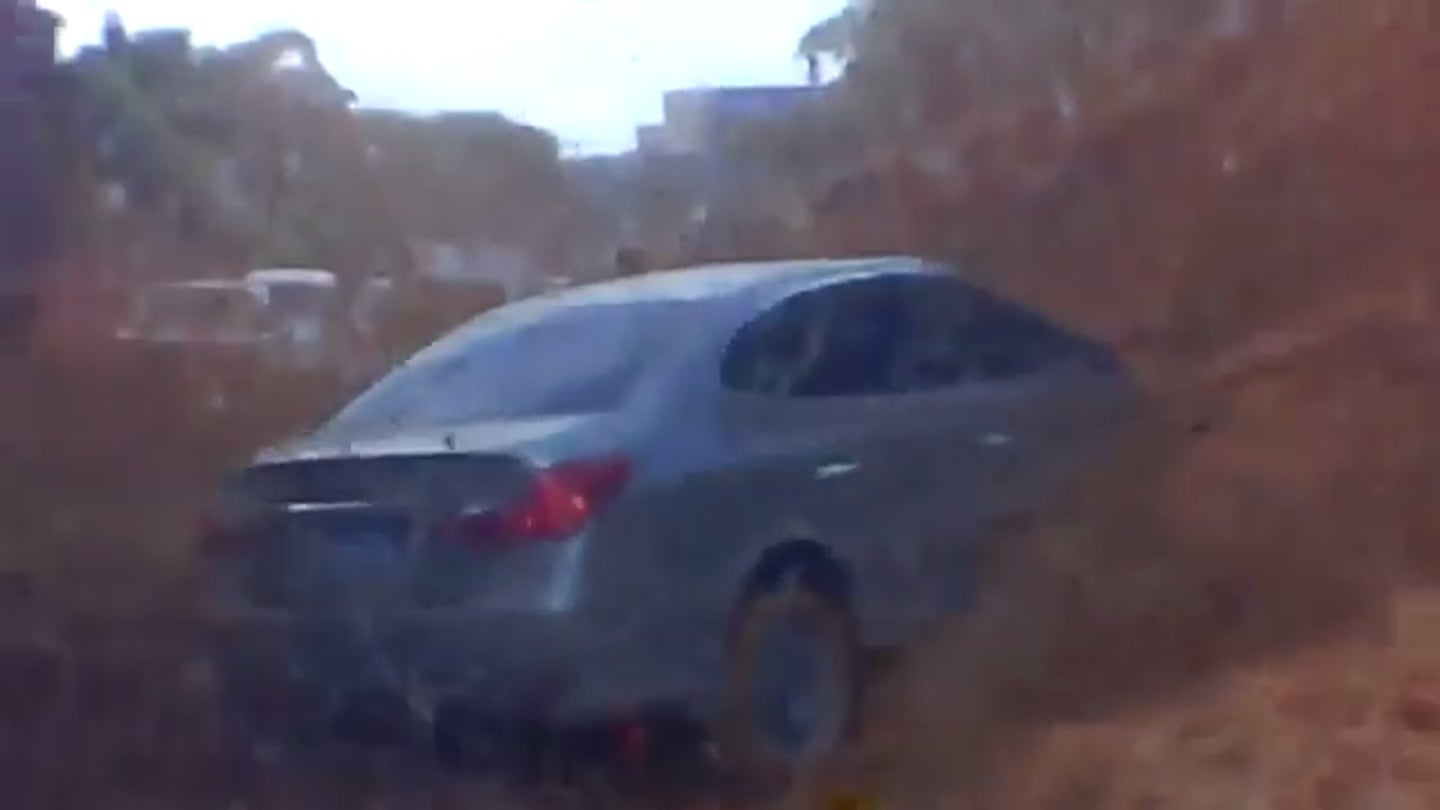 Next time you're sitting in traffic in the pouring rain, cursing up a storm at the back bumper of the car in front, just remember: as bad as it is, at least you're not buried in ten feet of mud.

But for sixteen people, that glib rejoinder became a terrifying reality this week when a mudslide smashed into a traffic jam full of cars and trucks on a highway in China's Guangxi Zhuang Autonomous Region on Wednesday. Incredible dash cam footage shows the wall of earth blast eight vehicles off the roadway, piling them up on an embankment and covering them in liquefied dirt.

Though three people suffered minor injuries, it's astonishing that everyone survived this disaster. According to CCTV, many of the uninjured survivors were able to dig their own way out, with emergency responders helping to extract the rest. The mudslide was reportedly caused by unusually heavy rains in the area.

The video is indeed shocking, but it's also a great illustration of how mudslides move and what makes them so dangerous. The slide looks almost like muddy water as it hits the cars, but seconds later you'll see it set like cement as soon as it stops moving—that quick transition from a liquid flow to a solid state is just as deadly as the initial impact.

At least they gave it the old college try.

Municipalities may need to step in to keep self-driving cars from being taking advantage of.