Looks like this fortunate feline still has at least eight lives left. 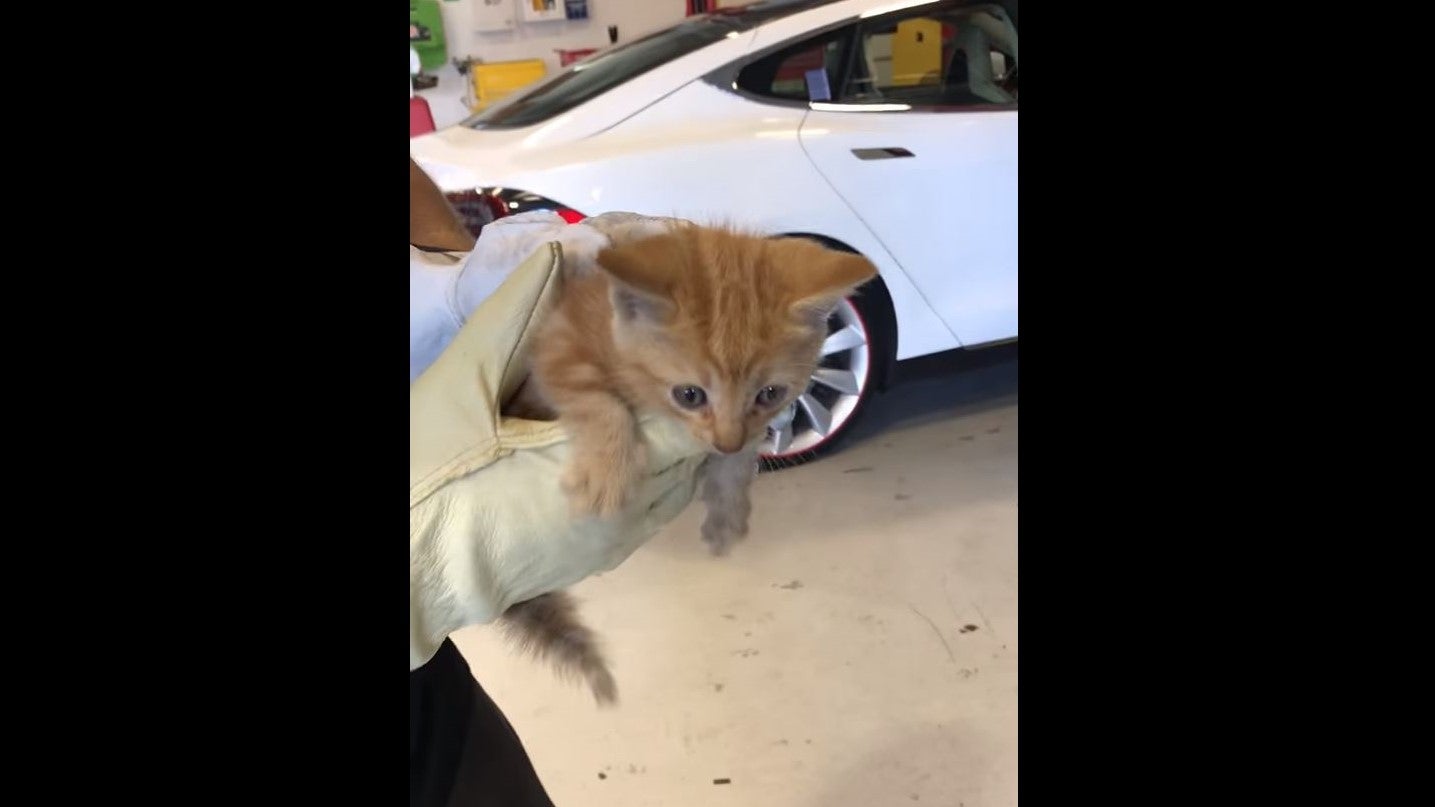 As seen in an adorable series of videos, a tiny kitten has been rescued from inside the rear bumper of a Tesla Model X. “Tessie," as she’s affectionately called by the driver, was detected by her audible meowing coming from the back of the crossover. Being pretty sure it wasn’t a mechanical problem, the owner, who goes by the name of “S U” on YouTube, decided to take his Model X in for service. Here’s his unprofessional diagnosis of what’s wrong with his Tesla.

Upon taking it in, a video of a mechanic digging around through an opening underneath the back of the car that goes inside the rear bumper was recorded. “Sorry, little buddy. Let go,” says the mechanic as he digs around. At this point, we get our first glimpse of Tessie accompanied by frenzied meowing and a chuckle from the mechanic trying to extract the cat. “He’s a feisty guy,” quipped one of the techs as a collective “awww” came from the rest of the shop upon seeing the rescued kitty. Watch for yourself.

The Model X diver shows us in another video where he believes Tessie entered his car pointing to an opening in the rear wheel well where there’s suspension exposed. Then he tells us feral cats are quite common in his area and shows us “Tessie’s sibling, perhaps,” sitting outside of his parking garage. “Her weekend obviously had a rough start, but she had the best end of the weekend ever,” he said of Tessie’s adventure.