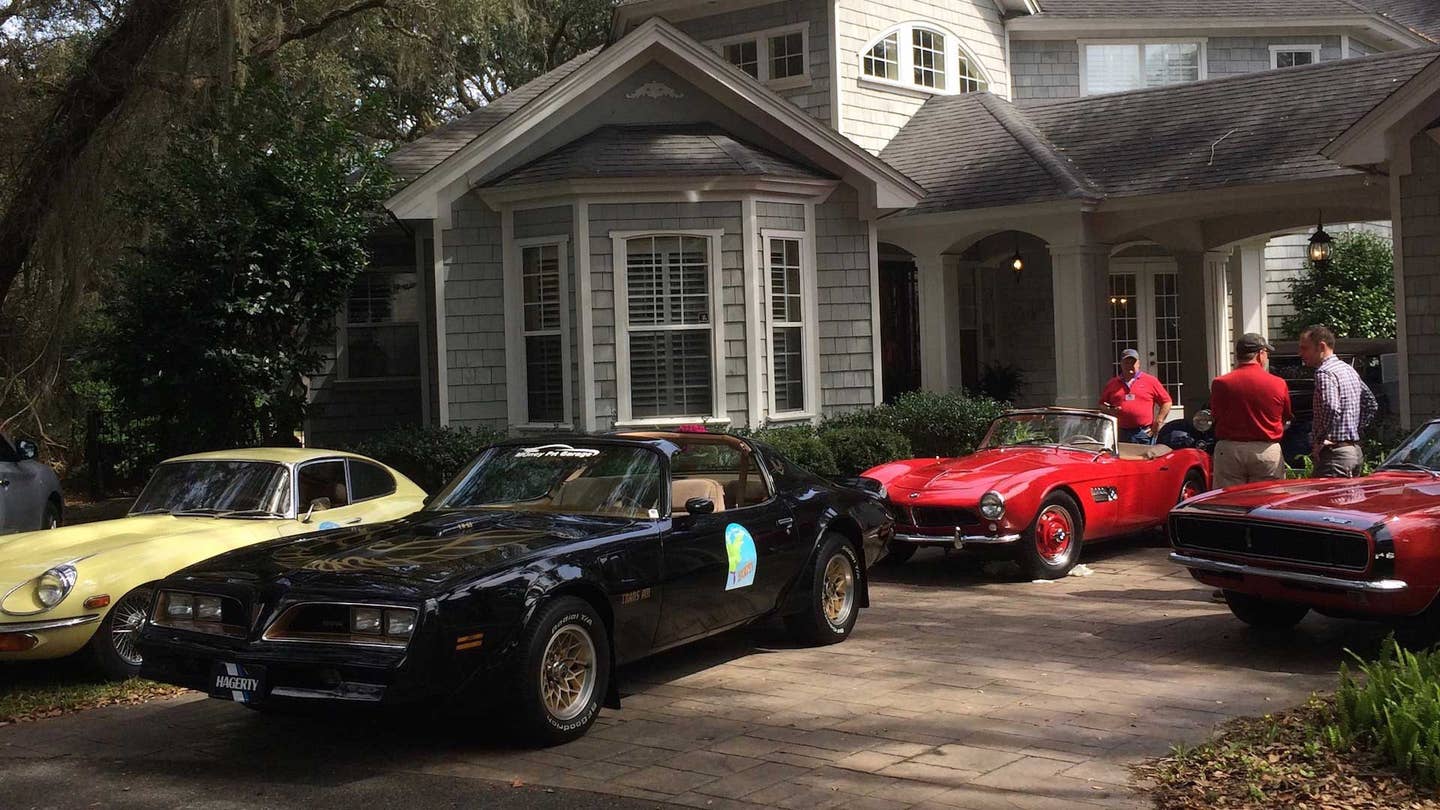 They say never meet your heroes, but I believe that you should always drive your heroes. Every so often a PR flack, colleague, or an almost-friend sends an email asking if I want to drive some outrageously desirable and obscenely expensive vintage car. Usually I say "yes," because I'm a lifelong automotive obsessive with a predilection for pretension, but also because I derive near sadistic delight in encouraging avarice on social media.

These drives usually end in some combination of stupefaction and perspiration. Old cars, especially the most iconic ones like the Lamborghini Miura or Mercedes-Benz Gullwing, are profoundly evocative: of their era, and of our personal and fantastical investments in what they represent. They also tend to have shitty brakes and suffocating ventilation systems.

I’m never disappointed by a vintage car, even if it’s French (except if it’s a 2CV. Gross. Those are as irredeemable as Beetles.) Driving a vintage car is like having cocktails with a long dead historical figure, or remembering something you never knew. It’s lucid dreaming.

Within a recent twenty-four hour stretch, three such opportunities came up. I did what anyone would do: I grabbed them.

This stately coupe shares a production date and a mechanical fuel-injected straight-six engine with the glorious Gullwing, but when it was sold new it cost about one third more than its contemporary, bird-doored stablemate. This is impossible to comprehend intellectually but somehow also perfectly understandable.

The big, top-of-the-line coupe was everything Mercedes stood for in the postwar era: imperturbable stolidity and impossibly sophisticated engineering surrounded by outmoded yet elegant styling (pontoon fenders!) and appointed full force with knurled and burled elegance. The 300SL was an eccentricity, an outlier, an act of the very dominance Germans were (thankfully) expected to keep tamped down.

The four speed manual transmission is located on the steering column. The turn signal indicator—a swiveling metal ring that also acts as the horn actuator—is in the middle of the steering wheel. The shortwave radio has a power antenna. The switchgear spans the broad dash, though none of it is labeled. If you have to ask, you don’t belong here.

And the ride? Impeccable. 173 hp isn’t much to motivate 5,500 pounds of cast iron, but it’s enough. An independent rear suspension soaks up any bumps the car’s heft can’t flatten. The three-pointed star at the end of the graceful, slightly trapezoidal hood is like a gunsight aimed at anyone who isn’t a bank president, cabinet minister, or faded Weimar film star. This is not a car in which to drive fast. It is a car in which to drive smooth.

Brad Phillips has an enviable job. He works for Hagerty—foremost experts in vintage car valuation and insurance—attending vintage car events and communing with people connected to the collector car hobby, shilling especially strongly to those attendees with more than $10 million in Hagerty insurance policies. I’ve seen my share of undercover cop shows, so I know that in order to attain credibility within a subculture you have to strap up with the right props. This is Brad’s prop. (He also owns a 1983 Ferrari 308 GTS. I like Brad.)

A car that looks like a penis and is painted like a banana is not subtle. But Jaguar E-Types have never been about subtlety. Shift the widely spaced four-speed gearbox into first and get on the long travel gas pedal, and the prominent prow quivers and lifts into the air like it’s about to experience release. Torque talks.

Brad’s E-Type has been built specifically to tackle vintage car rallies. It therefore has properly upgraded mechanicals—engine, brakes, transmission, cooling—and electronics. It has a nicely patinated interior with fewer dangling wires than any XKE I’ve ever driven. It also boasts a complete, 15-footer exterior with strategic rock chips, proving use. If I ever own an E-Type, I want it to be just like Brad’s. Though given my taste, I’m more likely to buy an XJ-S first.

Like many of the best cars of the Fifties and Sixties—the Mercedes Benz 300SL, the Porsche 356 Speedster, and the Alfa Romeo Giulietta Spider—the BMW 507 was conjured by Max Hoffman, an Austrian Jewish refugee and foreign car importer extraordinaire, who thought BMW could use a stylish halo car.

Albrecht Von Goertz, a disciple of Ramond Loewy, designed the two-seater in a kind of Franco-Roman style generally unrepeated by the Bavarian brand since. Around 250 were made, and every one of them looks poised and sinewy, like a college rower about to take a stroke.

I got in, but that was about as far as I got. Vintage cars are finicky bitches, and this one decided, after sitting in a barn for forty years and then sitting in the sun for forty minutes, that it was going to shit its pants. Or, at least, foul it spark plugs. It ran rough for a few minutes, and then it barely ran at all. The 3.2 liter V8 was never a power-house, but with only one of its banks firing, poorly, it was effectively impotent.

“It’s funny,” said the $1.5 million dollar roadster's mechanic-handler as we sat stalled in a traffic circle while a parade of vintage MGs, Austin-Healeys, and Alfa Romeos passed by. “All of those British and Italian cars are running, and we’re here in a German car, broken down.”

Then again, sitting still gave me plenty of time to consider the handmade nature of the interior: the white Bakelite shift knob, the symmetrical (and, again, unlabeled) ventilation and light controls, the roll of seat-colored leather that rimmed the painted metal dash, the body-colored ashtray housing bolted to the transmission tunnel.

A friend pulled up in a red 1967 Camaro RS convertible, and slid across the bench into the passenger seat. “Hop in,” he said.