Porfirio Rubirosa Is the Idol You Never Knew You Had

He was fast, he was dashing, and he left 1,000 women screaming his name. 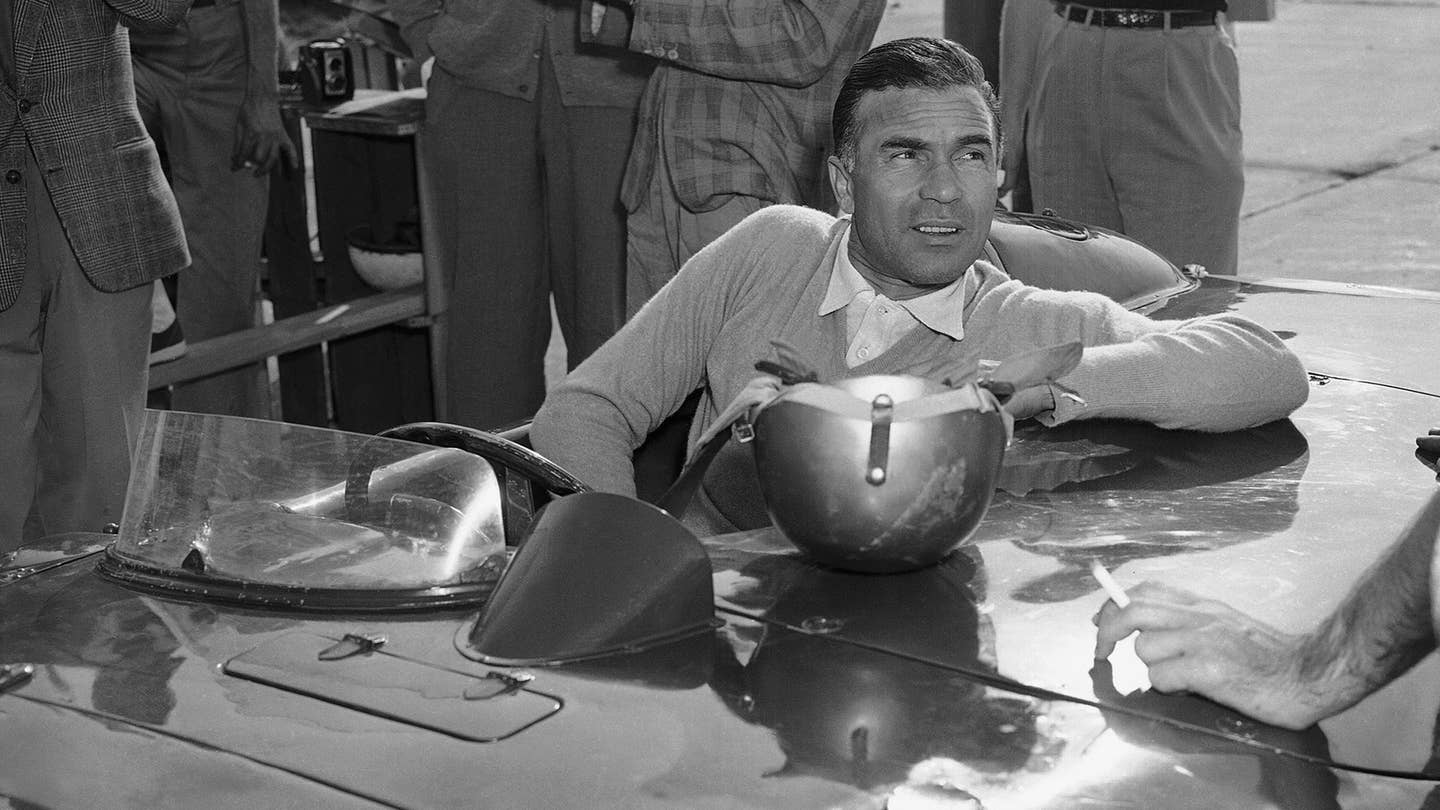 Every time you pick up a large pepper mill, you must now think of Porfirio Rubirosa.

Rubi, as his friends called him, was certainly the prototype for “The Most Interesting Man in the World” ad campaign from Dos Equis. Born of little money in the Dominican Republic in 1909, he globetrotted as a diplomat playboy. During his day in the Fifties, he bedded a laundry list of Hollywood’s highest paid actresses, from Zsa Zsa Gabor to Ava Gardner to Marilyn Monroe. He married not one but two of the richest women in the world (Doris Duke, Barbara Hutton). His charm, one writer said at the time, consisted of “courtly manners, cosmopolitan savoir-faire, unconscious ruthlessness and arrogance, and a reputation as a man of mystery.” Our kinda guy.

Aside from his bedroom exploits, Rubi was best known for his car racing—notably, his Ferraris (like the one pictured below). He competed at Le Mans twice, Sebring in Florida numerous times, Reims in France, and the treacherous Carrera Panamericana in Mexico. Rubi-owned Ferraris are still out there, and they fetch a bundle. (Nicolas Cage recently owned one, before selling it to a collector in Chicago.) In fact, the quintessential Latin Lover died when he crashed a Ferrari on the streets of Paris, probably drunk. To quote the obit in the New York Times: “Porfirio Rubirosa, former Dominican diplomat, international sportsman and playboy, died in an automobile accident today. His powerful Ferrari sportscar, traveling at high speed, jumped the curb and crashed into a tree on Avenue de la Reine-Marguerite at 8 am.”

So why should you think of Rubi when you grab a large pepper mill? He was apparently so endowed that Parisian restaurant owners began calling large peppermills Rubirosas. Some still do. Mull that over the next time your crack some corns.